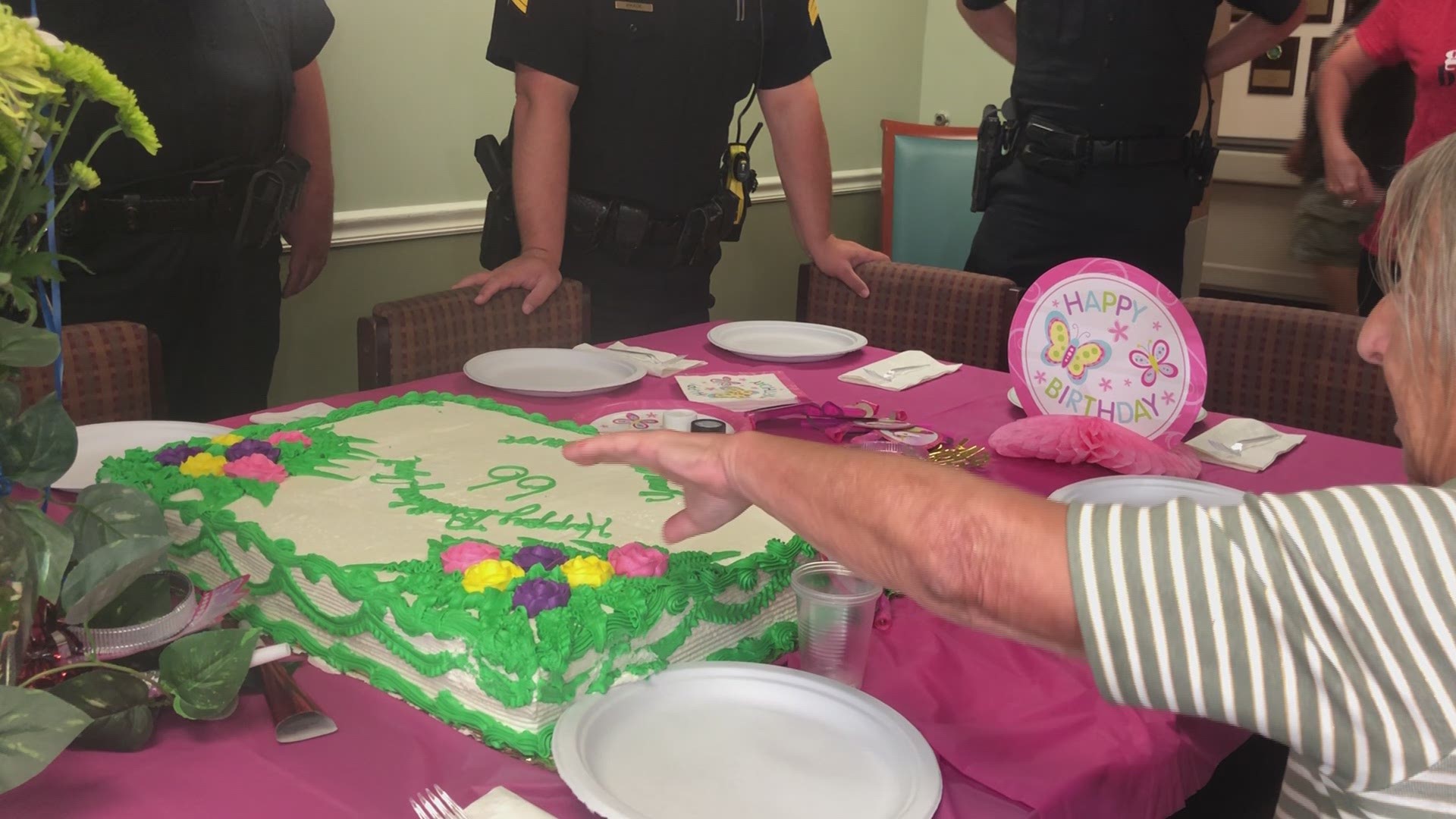 The 65-year-old resident was taken to a hospital in critical condition on August 15th. The driver was cited for “failure to exercise due care,” according to the Forsyth County Sheriff’s Office and April was diagnosed with a head injury.

Vernon is now in stable condition and celebrated her 66th birthday this week surrounded by family, friends, and the first responders who arrived on scene the day of her accident. April says that her birthday wish this year is just to get better, "my main goal is to get off of the injury list."

Nybom says April has always loved her independence, but their family knew there'd come a time when should couldn't be unsupervised any longer. "Our family is just glad she has been able to be independent for as long as she has in her adult life."

Janna Vernon, April's cousin says finding a place for April to live in the long term has been a complicated process. "April is younger than most of the residents in the nursing home environment, but the other highly rated facilities for someone like her have a multi-year waitlist."

Nybom says they're just taking everything day by day and are grateful for all of the help they received so far "we're just trying to take a breath right now and celebrate that April can have another birthday this year."

You can find out how you can help April and her family here.