Two of Lucero's teammates, Bryar Warehan and Will Peltz created a gofundme page within hours of the incident on Tuesday.

"I just prayed about it and knew we had to do something," says Warehan.

"We thought about what if this was our family...what would we want someone to do for us and them," adds Petlz.

The pair says their original goal was to raise $5,000, but within 24 hours they were almost there.

"That's when we realized we needed to raise our goal...we learned that a life flight can cost as much as 25,000 dollars...so that's the new goal," says Petlz.

Travis Jarrad, Tanner Lucero Wrestling Coach, says he got the news about Lucero's stroke while he was teaching.

"We didn't know how bad it was...we knew he was taken to the hospital, but not the extent. So when I got home, I started researching ways to raise money and came across the gofundme page that our students had already created," says Jarrad.

Jarrad says that he posted the link on the wrestling twitter page and he had schools and wrestling programs across the country re-tweeting it.

"The wrestling community is very tight-knit, and so it didn't take long for that post to take off," adds Jarrad.

According to school staff, Lucero is returning home today to prep for future surgery. Lucero is believed to have a rare condition called Moyamoya which affects the arteries.

As of Friday, the gofundme page has raised almost $13,000. All proceeds will go to help cover medical expenses for Lucero.

North Forsyth Wrestling sponsor, Lanier Goods, is also doing a t-shirt fundraiser to raise money for Lucero. 100% of the profits from the t-shirts will go towards the Lucero family. Production will start for the t-shirts when the sale ends on 1/27/2020. To pre-order a t-shirt, click here. 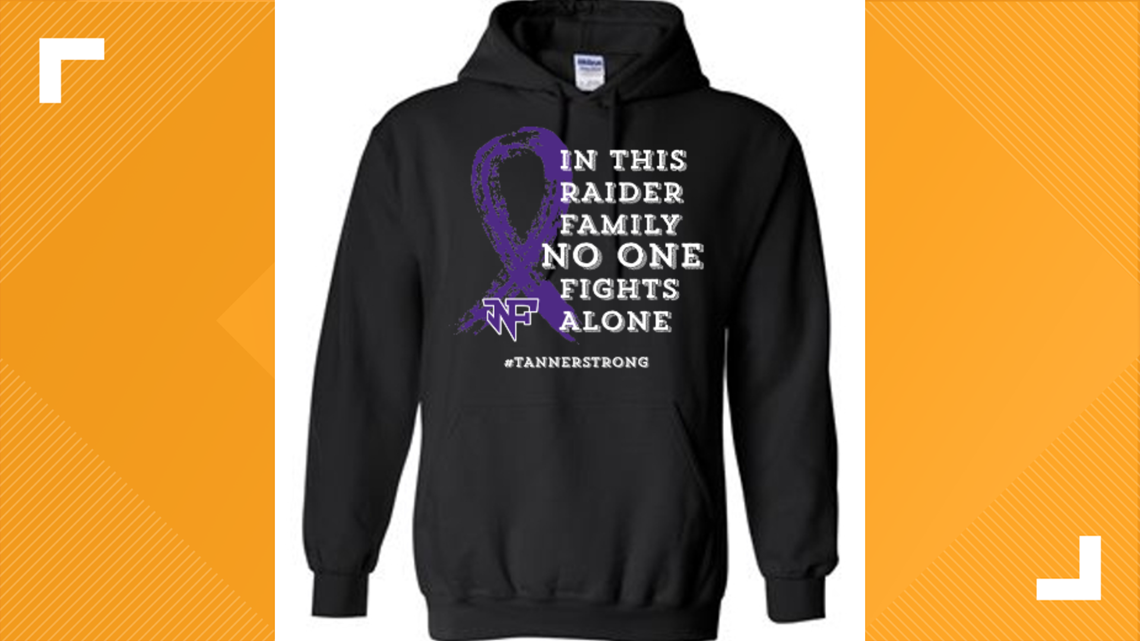