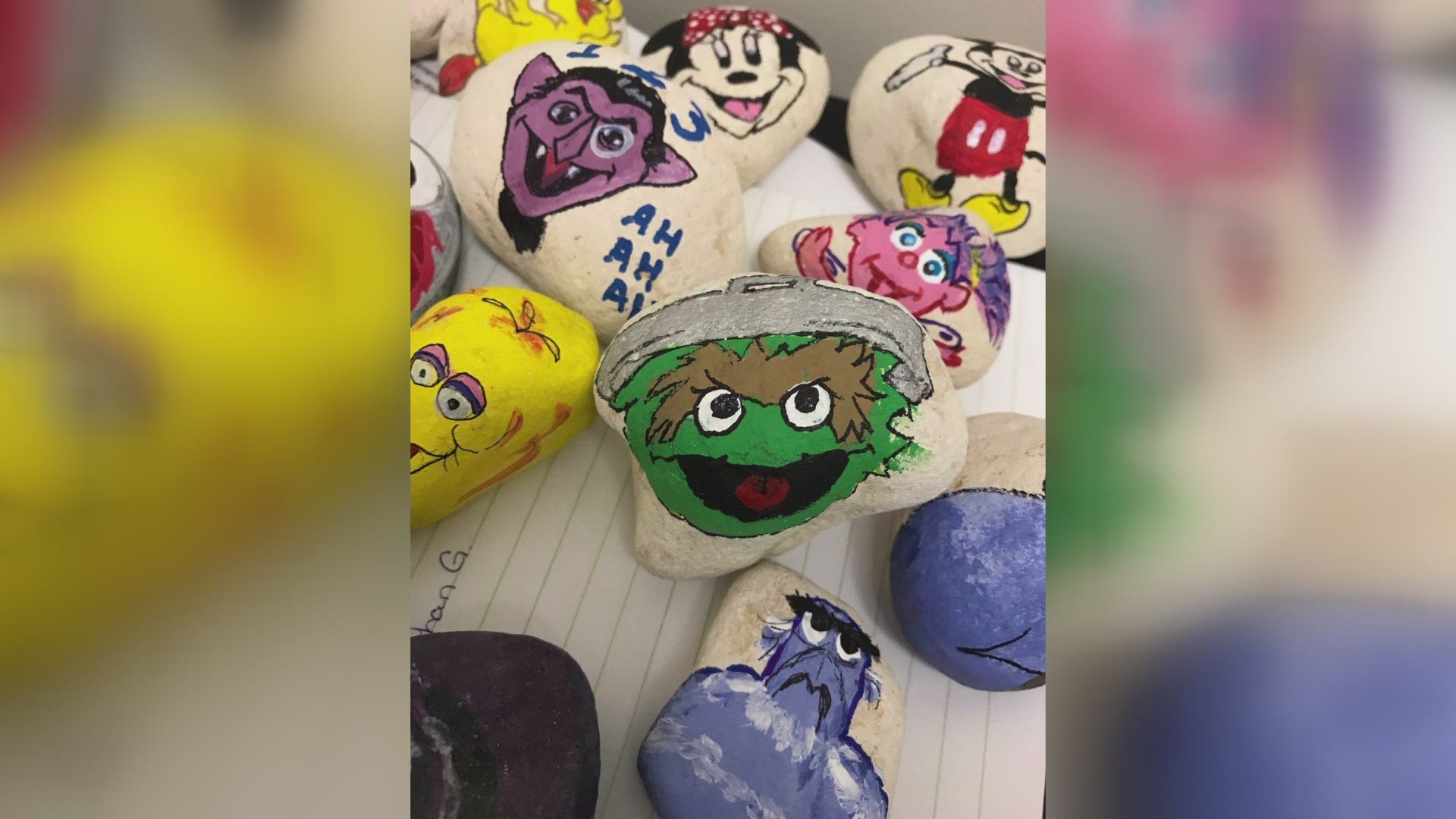 FORSYTH COUNTY, Ga. — Painted rocks have become a trend across the country encouraging people to spread kindness by painting stones and hiding them for others to collect. Most often the rocks are painted by children, but the artists behind the ones in Forsyth County might surprise you.

The community relations team at the Forsyth County Sheriff's Office has been working on getting rocks dressed up for a little game of hide n’ seek and now deputies are hiding these painted rocks throughout the county. The department began hiding the rocks that depict cartoons, animals, and even insects last month.

Stacie Miller, the Public Information Officer with the sheriff's office, says what makes their rocks different is the encouraging messages written on them.

"You'll know its one of ours because we put a not on the back and then our hashtag," explained Miller.

Miller says that they first launched the community-wide initiative last year, but they felt it was especially important to keep it going this summer.

"With everything going on lately, we thought it would be something fun for folks to get out and do while they're in parks or outside," said Miller.

The sheriff's office is asking residents that find the rocks to share them on social media with the hashtag: #FCSOrocks