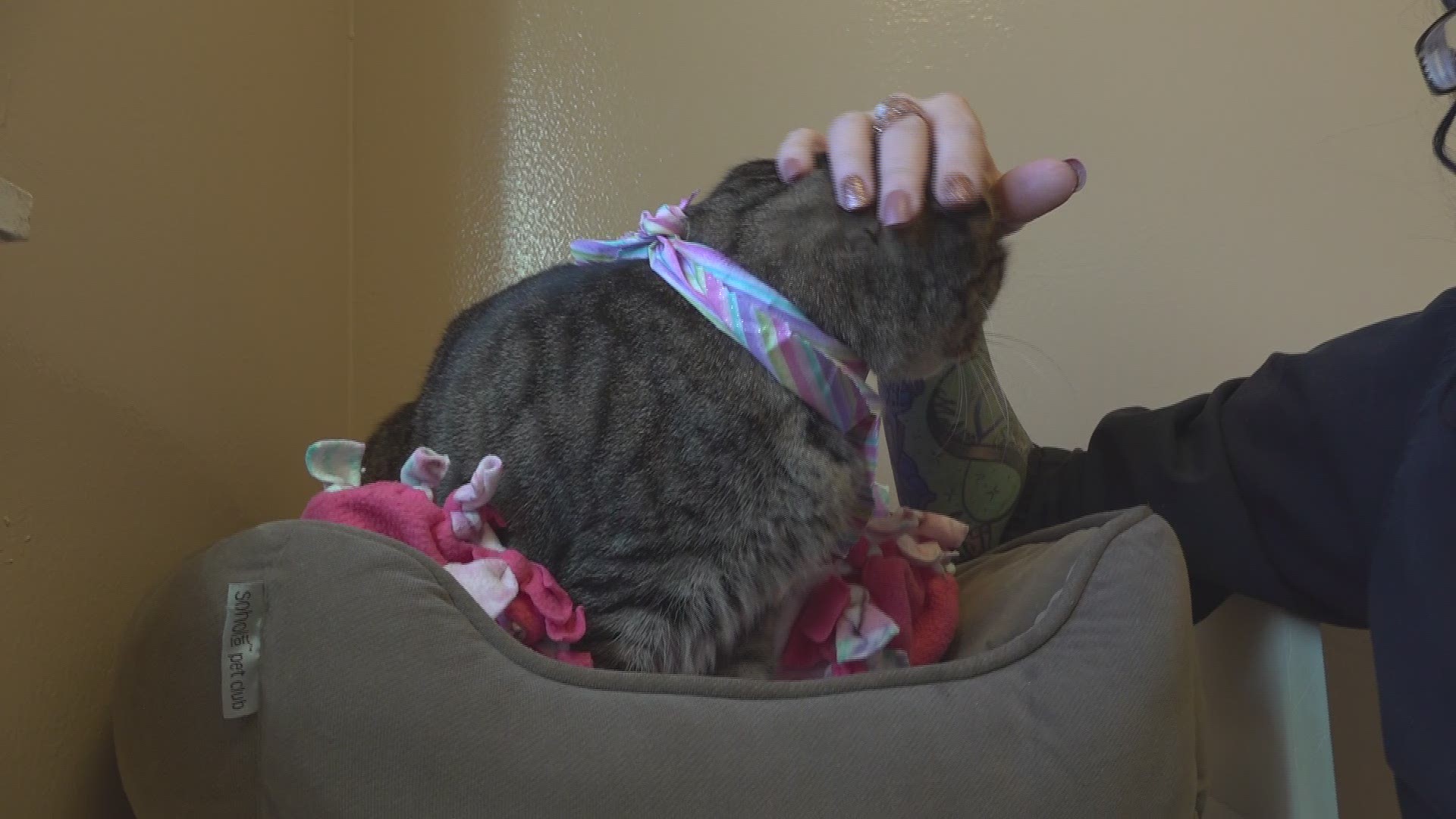 Bella loves attention and will express her appreciation with lots of noises. She likes to lay in warm blankets and look out the window. Bella is also known for her bright greenish-grey eyes.

Kathy Gaglio with the Forsyth County Animal Shelter says that she would do well with other cats or by herself, "she has been around other cats before and does well with them, but I do think she wouldn't mind getting all of the attention as the sole cat."

Girdy and Mod are a bonded senior dog duo. They arrived at the shelter together, and Gaglio says they aren't sure what their relationship is.

Gaglio adding, "they're either sisters or best friends...regardless, they're inseparable."

Shelter staff would like the pair to go to the same home since they do have such a strong relationship. Both Girdy and Mod are about 11 years old and considered mixed Hound and/or Labrador breeds.

The pair enjoys being around humans as much as they enjoy treats. Gaglio says that Girdy is the more curious one out of the two, while Mod is the more relaxed.

"They are just sweet girls and really deserve their forever home," says Gaglio.