The sheriff's office said he got away the first night but wasn't as lucky on the second when he returned to 'the scene of the crime.' 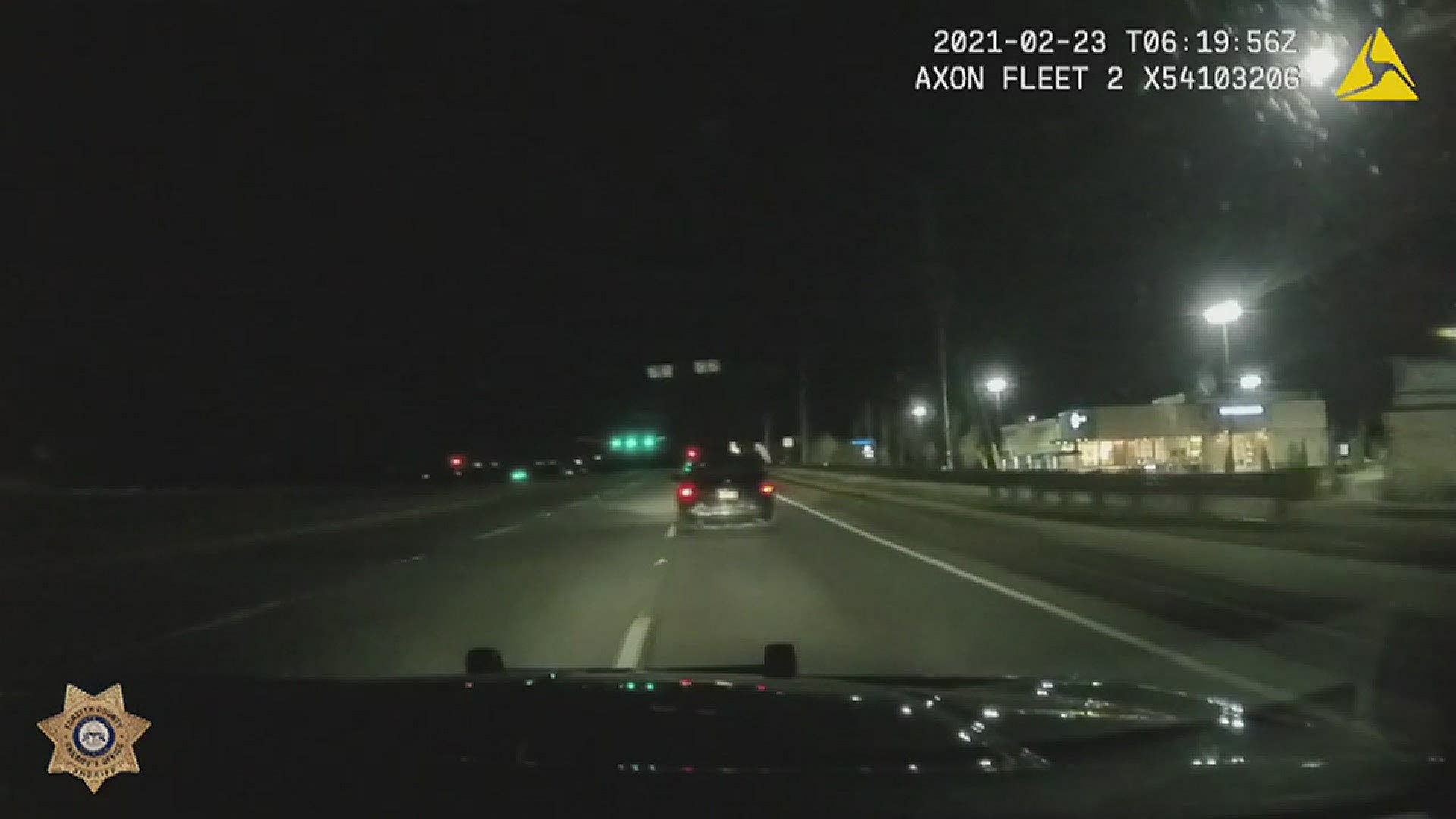 FORSYTH COUNTY, Ga. — The Forsyth County Sheriff's Office said on Thursday that the only reason 28-year-old Jeremy Deshun Morris got away from them on Tuesday was because they let him go.

But the same wasn't true when he returned for a second attempt one day later.

The sheriff's office released multiple dashcam video angles of that second pursuit where Morris was caught, ending up with numerous charges. But they also explained why he got away in the first place - and said it had nothing to do with his car or driving ability.

"Supervisors, following our practices, canceled that vehicle pursuit as the suspect fed into another jurisdiction," the sheriff's office said.

But they were still able to secure warrants for his arrest based on what they discovered the first time around. So, in the off chance they ran into him again, they were ready.

"We know he couldn't have been prouder than to be able to brag he had escaped from FCSO," the sheriff's office continued. "A rare occurrence, but, in this case, based on our decision, not his talents."

"This time, FCSO was waiting, and we brought our friends with us," the sheriff's office wrote.

Video shows multiple law enforcement vehicles staying with Morris along the highway trying to slow his progress - even as he makes apparent attempts to escape them. At two points, dashcam video appears to show smoke billowing from the back of his car. And one appears to show him trying to run one patrol car off the road.

But the chase comes to a frantic end when one law enforcement vehicle disables the car with its front bumper. Morris's car is then seen sliding sideways to the right side of the highway before rolling backwards across the highway into the left-side barrier.

For his alleged second act, Morris gained multiple charges, including fleeing or attempting to elude, failure to maintain insurance, expired registration, driving a vehicle with a suspended license, and reckless driving.

As for the sticking points the sheriff's office shared of the incident, they wanted to remind the public of a few important things: that their deputies don't give up, they drive faster cars and they don't catch and release.

They also suggested vehicle maintenance and, in the case of the cloud that wafted out of the pursued vehicle, added that not only is smoking unhealthy, it also cost this particular driver his freedom.

Despite the aggressive driving seen in the video by the suspect and deputies, the sheriff's office reported no injuries. They even suggested that the patrol car that made contact only had a minor scuff.

But they suggested the suspect's car may be in for a little more work.

"His, well, not sure that will buff out," the sheriff's office wrote.