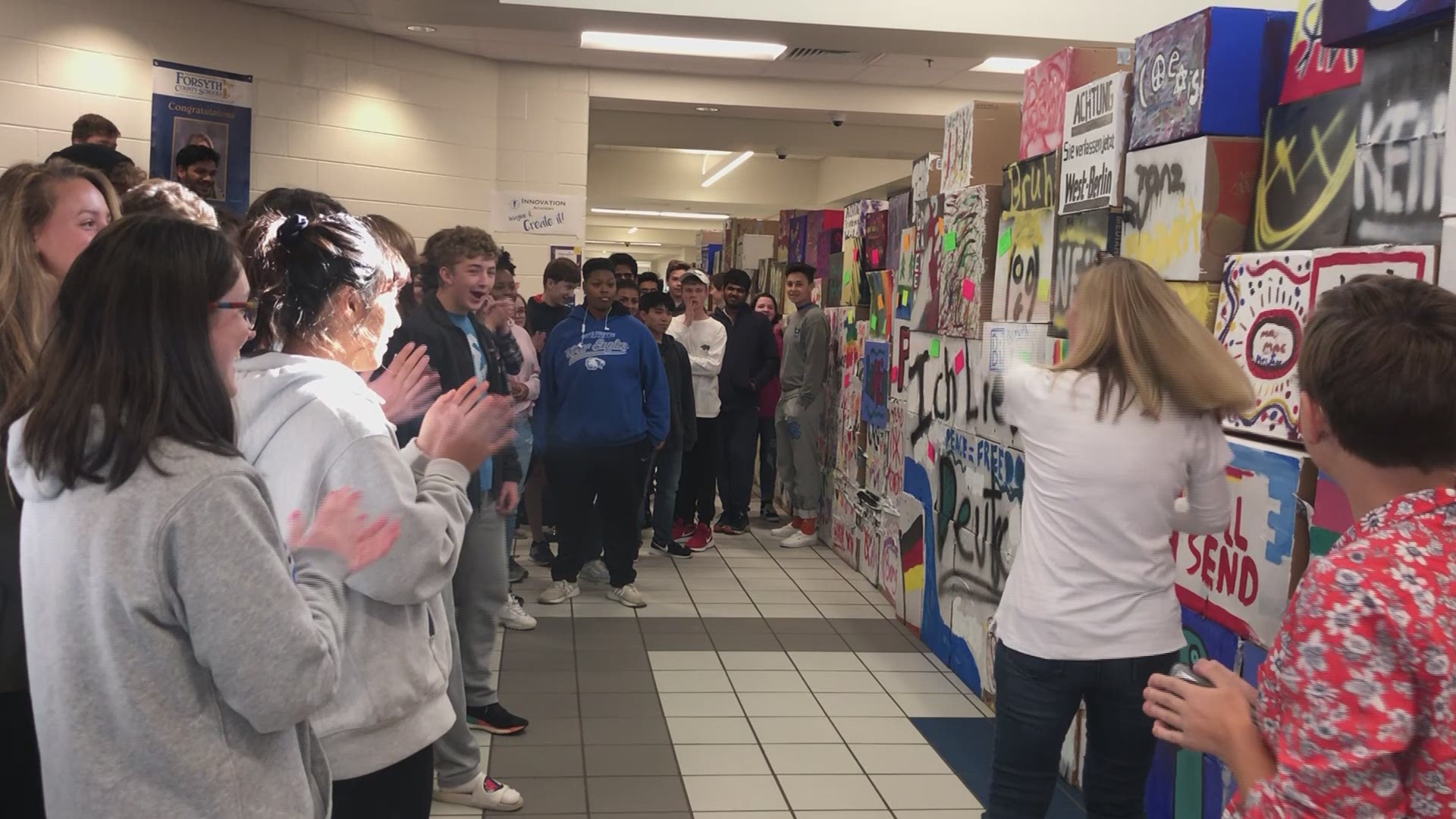 At 10 am on November 8th, students tore down a replica of the Berlin Wall inside South Forsyth High School. The wall was put up in the most central spot of the high school according to one of the German teachers, Jonas Strecker.

"We were originally going to put it outside. Later, we realized that if we put it up in one of the busiest hallways, that it could show students more of what Germans dealt with...the inconvenience of the wall," says Strecker.

The replica wall was put up on Monday and has been in place for five days. Before students tore down the structure, one of the German students gave a speech on the significance behind the teardown anniversary.

The stacked boxes included graffiti-like art on one side (representing the west Berlin side), and then the east side was plain with articles about the history of the wall. There were also notes displayed on the east side of the wall from a group of Shiloh Point Elementary School third-graders who were asked what freedom meant to them.

Strecker said he was honored to be able to visit the school earlier in the week, "I was invited to teach the students about the history of the Berlin wall, and then I challenged them to write about what freedom meant to them. And that's what you'll see written on the sticky notes on the wall."

In 2016, South Forsyth High School was named a PASCH School by the German government, which stands for “Schools: Partners for the Future.”

For the past three years, the school has worked with German companies within Forsyth County through its career pathway program to teach German to its students.

Along with being a PASCH School, South Forsyth has a partner school in Leipzig that they conduct a student exchange program with. The other german teacher at the school, Steffi Legall-Riddle took a group of students this year to visit the school.

"Teaching a language is more than just teaching the words, it's about teaching culture. We do this through experience teaching. Taking students to the country that they're learning about allows for more thoughtful dialogue in the classroom," says Legall-Riddle.

This year, the high school was named a DSD school which means they can offer students the chance to earn a German Language Diploma. Strecker says students that pass the second level of the diploma can study for free at any university in Germany.