South Forsyth Senior Max Pacheco surprises his teacher, Dr. Gloria Green, with the news and her reaction is priceless. 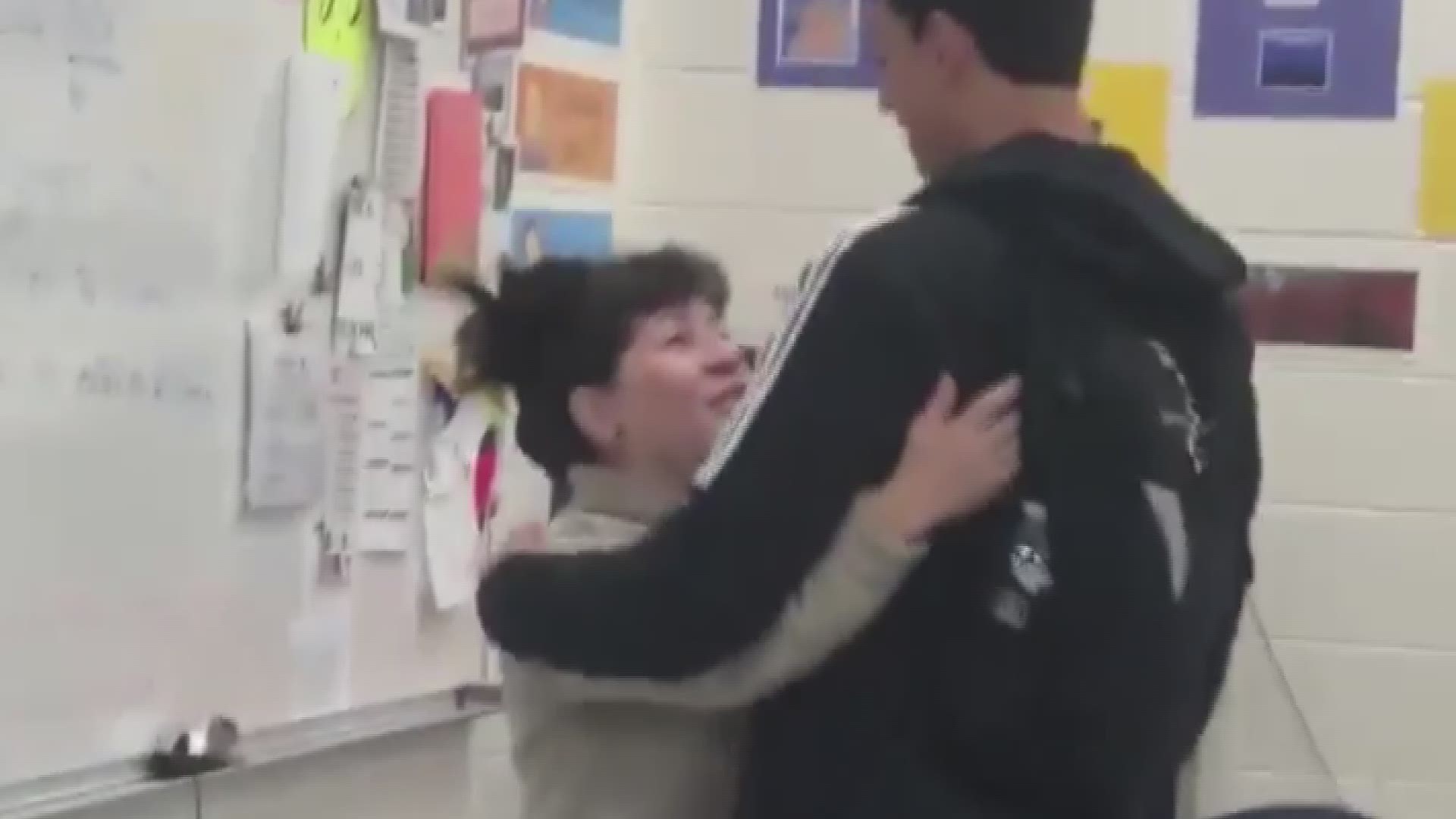 Max Pacheco said he had no idea his AP Spanish teacher would react the way she did when she shared the news of his acceptance into Georgia Tech on Tuesday.

"I knew she would be excited, but her response did not disappoint," adds Pacheco.

The high school senior had a classmate record the interaction on his phone as he brought flowers to Dr. Gloria Green.

Green, a parent of a Georgia Tech student, wrote Pacheco's letter of recommendation for his application. Green said she couldn't be more proud.

"I felt like I was hearing my own child got accepted," she said.

Pacheco learned the news of his acceptance on Saturday, Jan. 18. The senior said he had hoped to share the news with his teacher on Sunday at their shared church, but Tuesday was the first chance he was able to see her.

"I decided to post the video, because I think it's important that students recognize the effort and work that some teachers put into their students. She just cares so much about me, and it's really special," says Pacheco.

Pacheco posted the video on Tuesday and within a few hours, Georgia Tech re-posted it to their social media pages. Within 24 hours, the video has been viewed over 10,000 times.

Pacheco will start school at Georgia Tech in the fall of 2020, and said he hopes to pursue mechanical engineering.