A local man is trying to protect his family from the spread of coronavirus, even as their landlord is allowing potential renters into the home. 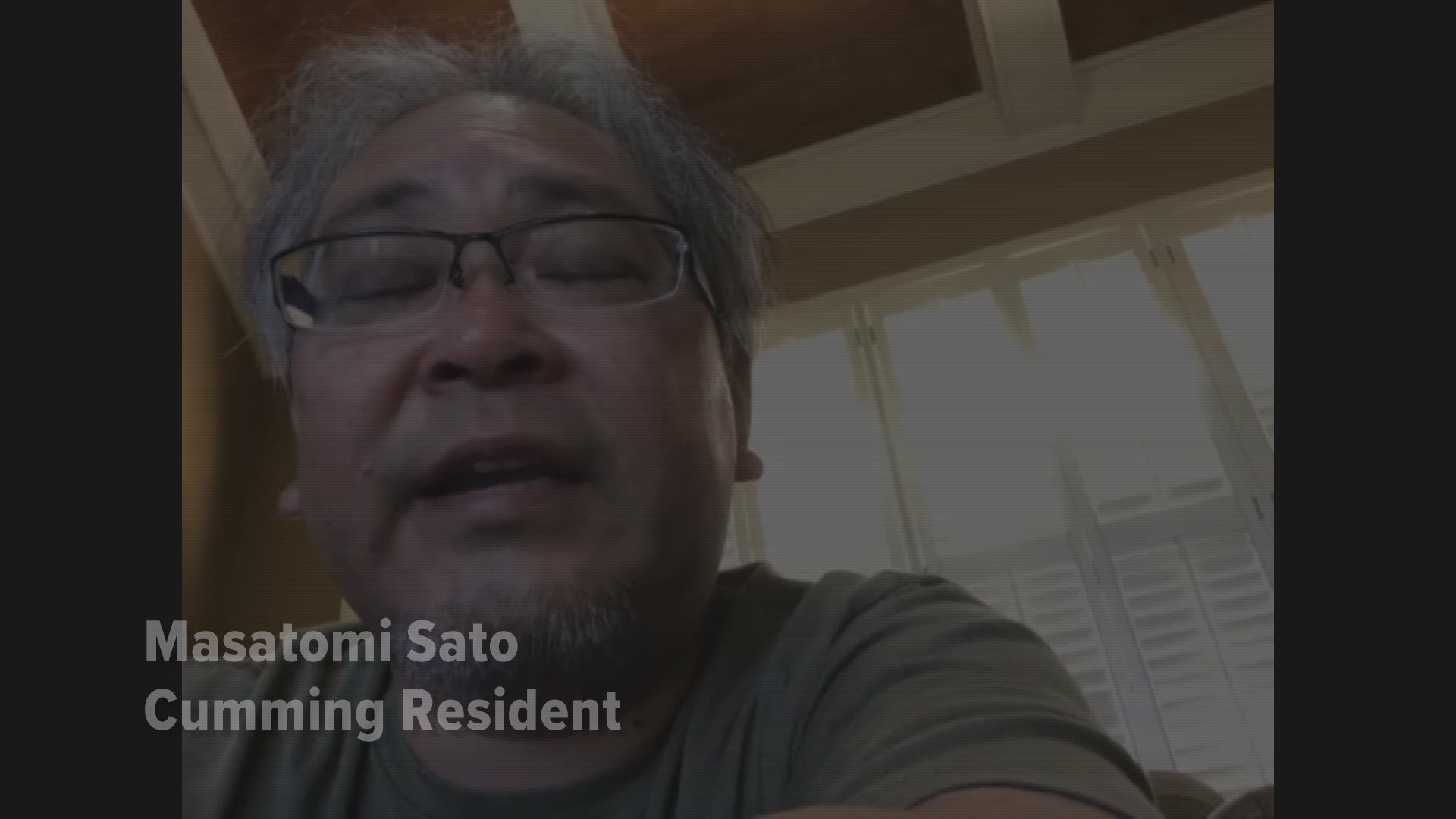 “My rent will be finished the end of May,” he said.

That decision was made right before the ongoing global pandemic began, Sato said. At that point, the family decided it was best to stay put for a little while longer, he said.

“I communicated with the landlord and their agent that we would like to extend maybe two more months so that we can at least get through this pandemic time frame,” Sato said. “Then, we have will have time for me to look at a given area, and for them to look for a new person to come in. They told me ‘if you want to extend it, you only have one option which is a 12-month contract.’”

He said he told them a 12-month lease would not work for his family, but he would be willing to pay extra money for an extension of the current lease agreement.

“I requested that we stay two or three months, and we will pay an extra fee if that's necessary,” Sato said. “However, they told us the only option for us is to either move out or pay for 12 months.”

He said that was only the beginning of the problem. Last week, Sato said he got a text from a realtor who wanted to do a walkthrough of the home with potential renters. Concerned for the wellbeing of his wife and four children, he said he declined the walkthrough. However, his response did not keep people out of the house.

“They sent me a text saying they would be here with two candidates, and I told them ‘no, we cannot agree on that,’ but they just burst in next day as they had planned,” Sato said. “It took them about an hour to do it, and then I called back in my family after sanitizing the house.”

So where was his family during the walkthrough? Sato said they were sitting in the car, patiently waiting to go back inside.

“I was worried about them being out of the house when, first of all, we have a stay-at-home order, and also there's a lot of virus going around, and we've been staying at home to prevent this problem,” he said. “I was asking them politely to postpone and said ‘we can pay an extra fee to be able to stay here. Just don't do a walk-through until everything has calmed down.’”

Sato said that was only the first of what could be multiple walkthroughs.

“They told me they want to do another walkthrough on Monday or Tuesday,” he said. “They're not asking my opinion or anything. They’re just saying they're going to do it. So that's where we are right now.”

Sato said he’s surprised by all of this considering he’s always paid his rent (nearly $4,000/month) without any issues. Now, he feels like the landlords, who Sato said currently reside in Florida, do not care about the health and safety of the tenants.

“They used to live here, but they're using this house for business,” he said “So they’re renting it out all the time. They have a mortgage here, so they have to pay it. That's why they're more concerned with how to pay their rent on this house. We told them we would pay for all the extra months that we have to stay here, to please postpone the walkthrough, but they never agreed on that. If it were a normal day, we would be happy to do whatever the landlord wants. But this time frame is not good. I have to keep on fighting for my family.”

11Alive spoke with Enza Ferrante, one of the landlords, who said Sato is just looking for pity in this situation. She said he had plenty of notice that the contract was expiring, but he chose not to renew it. As for a temporary extension, Ferrante said that was never discussed. In regard to the recent walkthrough, she said all the necessary precautions were taken including the disinfecting of door handles immediately following the walkthrough.

“Everything was done within real estate parameters,” Ferrante said. “The people even put on masks and gloves and did not turn on any lights.”

She said there will be no more walkthroughs, because a new renter has been found, and a new contract will start on June 1.