Can you tell the difference between natural and synthetic gems? He can

If you’re purchasing jewelry this Valentine’s Day, make sure you know the difference between natural and man-made. 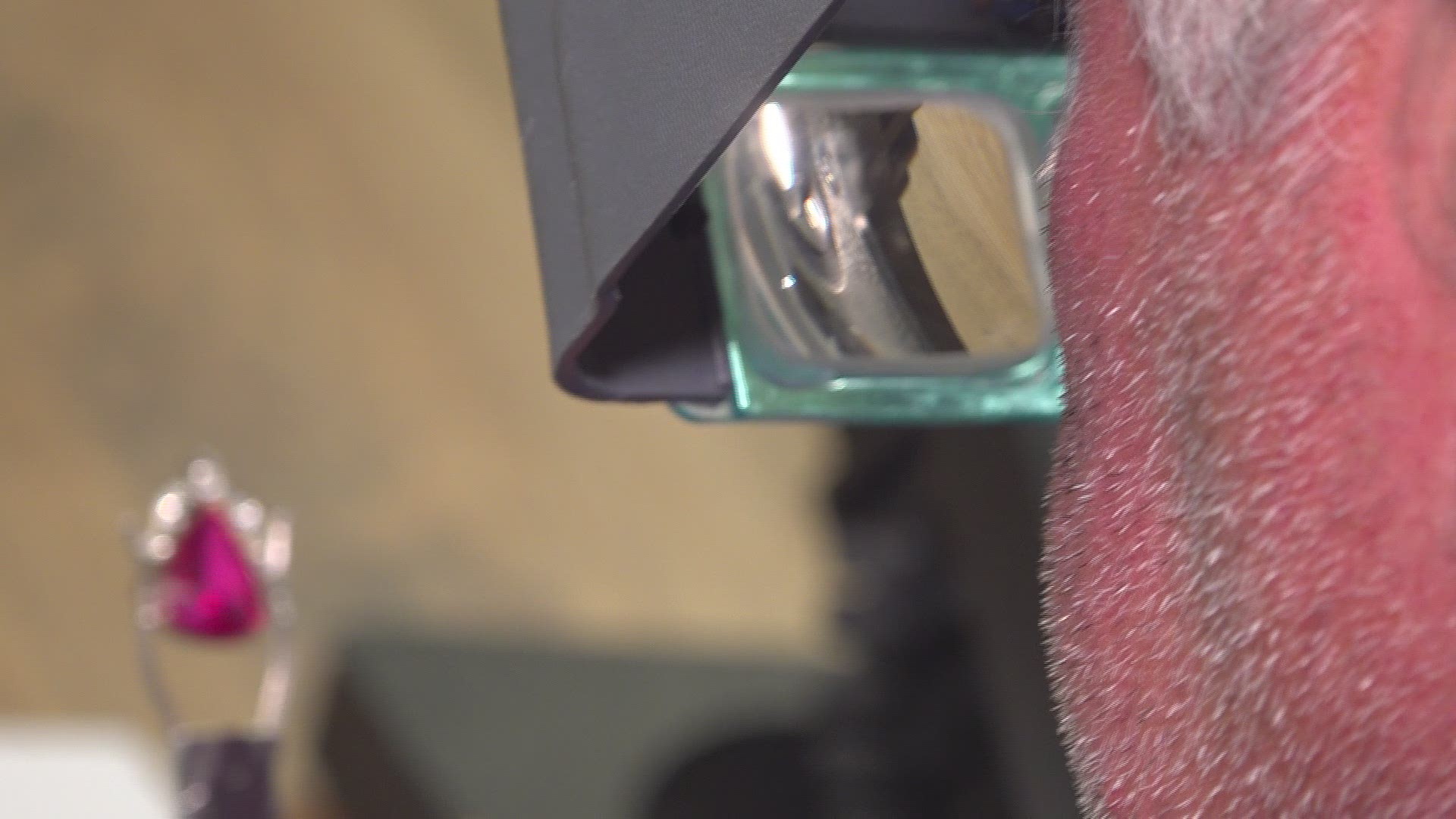 “I'm happy to educate people before I ever make a sale,” Freddy Dollar said. “I'm a gemologist before I'm a salesman. I want people to understand what they're paying for, so I love educating people.”

“The synthetic ruby has been around for 140 years. Synthetic rubies nowadays are worth pennies on the dollar,” he said. “I've sold engagement rings for 41 years. I've watched natural diamonds that come out of the ground, the price go up up up. In those 41 years, I've watched synthetic diamonds be too expensive to produce, only to be produced now for fifty cents on the dollar of what a natural diamond is. And if that economy of scale continues, a few years from now, the synthetic diamond that you bought today will be worth very little money.”

On the flip side, Dollar said, if you invest in a natural diamond, it will be worth more money over time. Just make sure you don’t pay too much for it upfront. Dollar recommends comparing prices online.

Once you’ve done your homework, it’s time to make the big purchase. But that process can be challenging, Dollar said, because synthetic jewels look identical to their natural counterparts. Both are considered “real,” because they have the same chemical, optical, and physical qualities. However, when placed under a microscope, a trained gemologist can usually spot the differences.

“When a natural ruby crystal is growing, there are straight growth lines that you can see, or straight color lines you can see,” Dollar said.

A synthetic ruby will have curved color lines, he said, and sometimes even air bubbles which a dead giveaway it’s not natural. The difference in value between natural stone and a synthetic stone can be hundreds of thousands of dollars. So how can you know if the gemologist is telling you the truth?

“The Federal Trade Commission protects customers in the United States, saying you have to tell somebody if this is a lab-grown or synthetic stone, whether it's a ruby, or diamond, or Sapphire,” Dollar said. “If I'm spending thousands of dollars on an engagement ring or an anniversary piece or a birthstone like a ruby, I want a GIA grading report that says this is a natural stone. It’s the most respected document on the planet, and if you're spending thousands of dollars, you need it to protect yourself. That will increase the value of your stone, just having that grading report, having that certificate.”

He said most reputable jewelers already have the GIA grading report which is included in the price of the stone. Dollar said the report does not tell the value of the stone, but it does include some important information.

“They tell you whether it's natural or not,” he said. “They will also tell you the characteristics of the stone, so you know that's your stone that goes with that document.”

So now you have the gemstone and the corresponding GIA grading report. But, unless you’ve studied this sort of stuff, you may have no idea what you’re looking at – other than a shiny rock mounted in gold. That’s where people like Dollar come in handy – to explain and verify the legitimacy of the product.

“I do that a lot in Atlanta. I verify stones for people,” he said. “Maybe they did not buy a diamond from me, and if they didn't, how do they know that diamond goes with that grading report? I love to educate people in that.”