Jayna Jennings is not letting a global pandemic keep her from spreading a message of hope through her music. 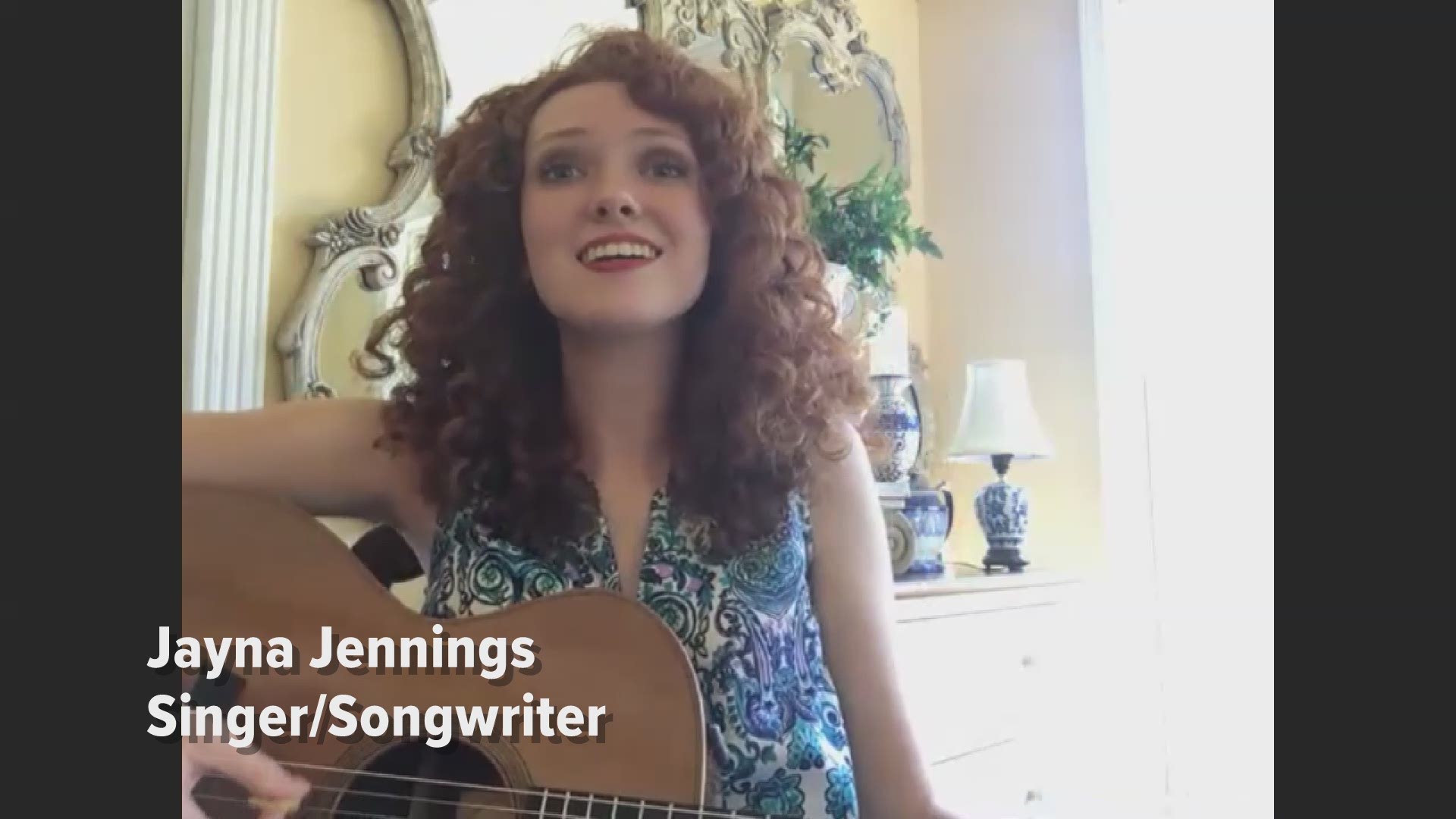 She said she feels blessed by all the recognition but misses the opportunity to perform at concert venues.

“Last year, I put out an album, and I had my first mini-tour which was super exciting. Pretty much every other weekend we were going out of town or out of state for a show,” Jennings said. “This year, we can't do shows like that. That was a huge bummer because I was really enjoying getting to travel around and meet people and perform.”

A few months ago, she started a virtual tour, regularly performing live through different Facebook pages, she said.

“That’s been really cool because I've been able to reach people in places I've never been and never would have dreamed to go,” Jennings said. “It actually opened a lot of doors that I did not see coming, so I guess it was a blessing in disguise.”

To date, she’s released two albums, four singles, and one EP. Jennings' new single is slated for release on Aug. 15, and she also has a new album in the works.

“I made three collections of work that could be split into albums before I decided on exactly what I wanted,” she said. “Right now, I'm trying to stay focused on writing a specific type of music, so that's been a little more difficult, and it's slowed down a little bit. But I'm still making songs every day, writing down ideas every day, trying to figure out what direction I want to go in next after I finish recording this album. There’s lots and lots of creativity going on, at the moment.”

Another notable difference between the time when we first met Jennings in early 2019 and now – she has a new piece of jewelry.

“I'm engaged to my best friend Bradley Smith, and I have the ring and everything to prove it,” she said. “Super exciting!”

Through the ups and downs of 2020, Jennings said she has tried to stay focused on her music, always looking for new ways to share it with people.

"But, I'm trying to take this negative situation and maybe help other people, because I know I'm not the only one going through it," she added. "It's something that has really affected a lot of people, so if I can use my music to make somebody happy somewhere, or bring peace and hope to somebody somewhere, then I want to try to do that as much as I can.”