Kitten trapped inside engine of car adopted by rescuer 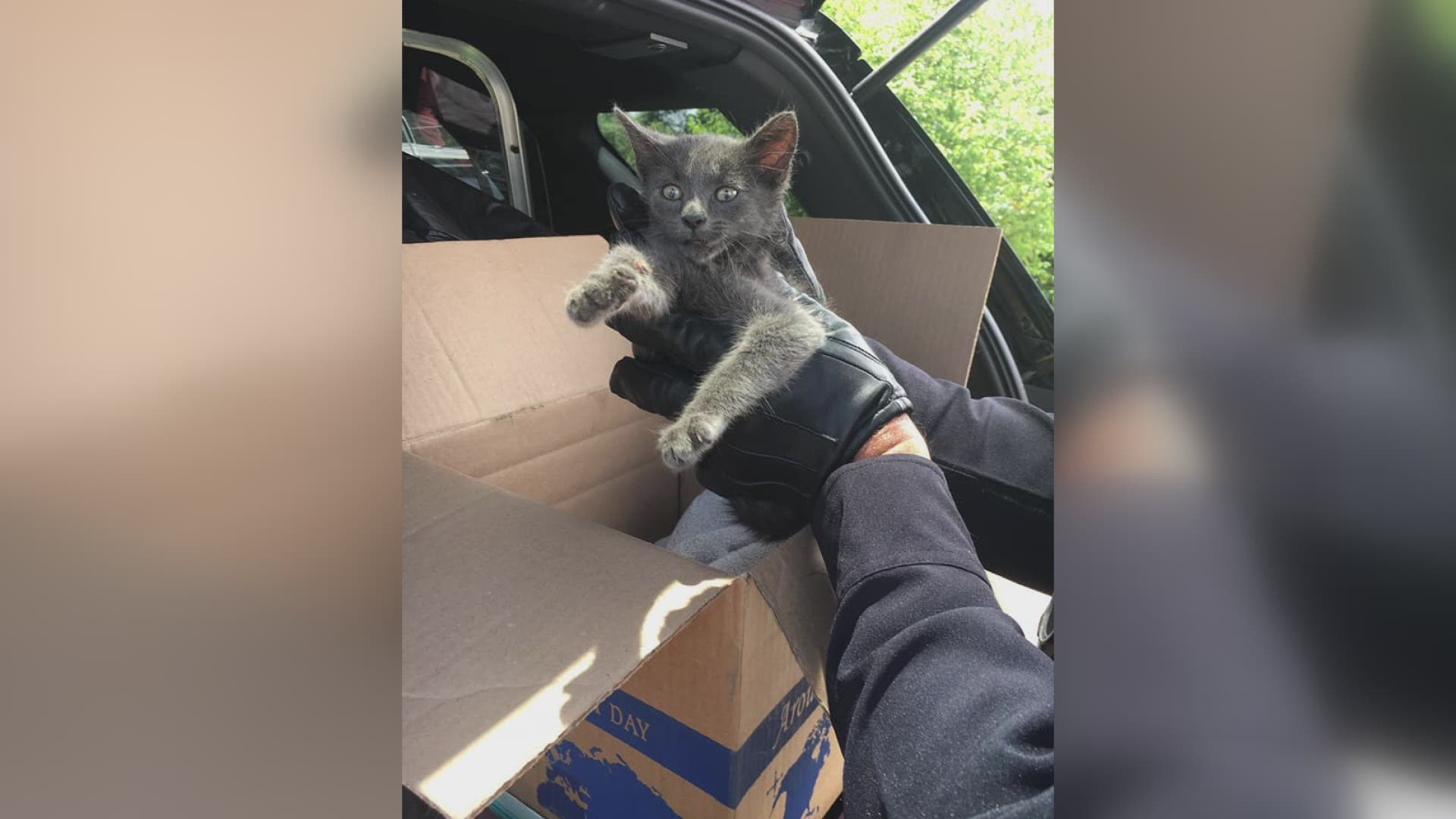 According to one of the officers involved in the rescue, Howie Corrigan, he received a call regarding a woman hearing an animal noise coming from her vehicle.

"The driver had her window down and she told 911 operators that she heard a crying noise," explained Corrigan. "She said she pulled over and some something furry inside the engine bay."

After freeing the kitten, the animal ran into traffic climbing into the undercarriage of a parked truck. The first responders then performed a second extraction to remove the kitten from the vehicle. They were then able to calm the kitten down and cool him off. The baby cat, now named Smokey by the responding officers, is in the process of being adopted by Officer Corrigan.

"We lost our cat when we first moved here a few years back, and I told my 10-year-old son and wife about Smokey. We just knew it would be a good fit for us," added Corrigan.

Smokey is being held at the Forsyth County Animal Shelter until he is healthy enough to go to his forever home with the Corrigan family.