Dustin Bonk has spent hours cataloging cemetery plots at a local church. The good deed will help him earn the Eagle Scout award. 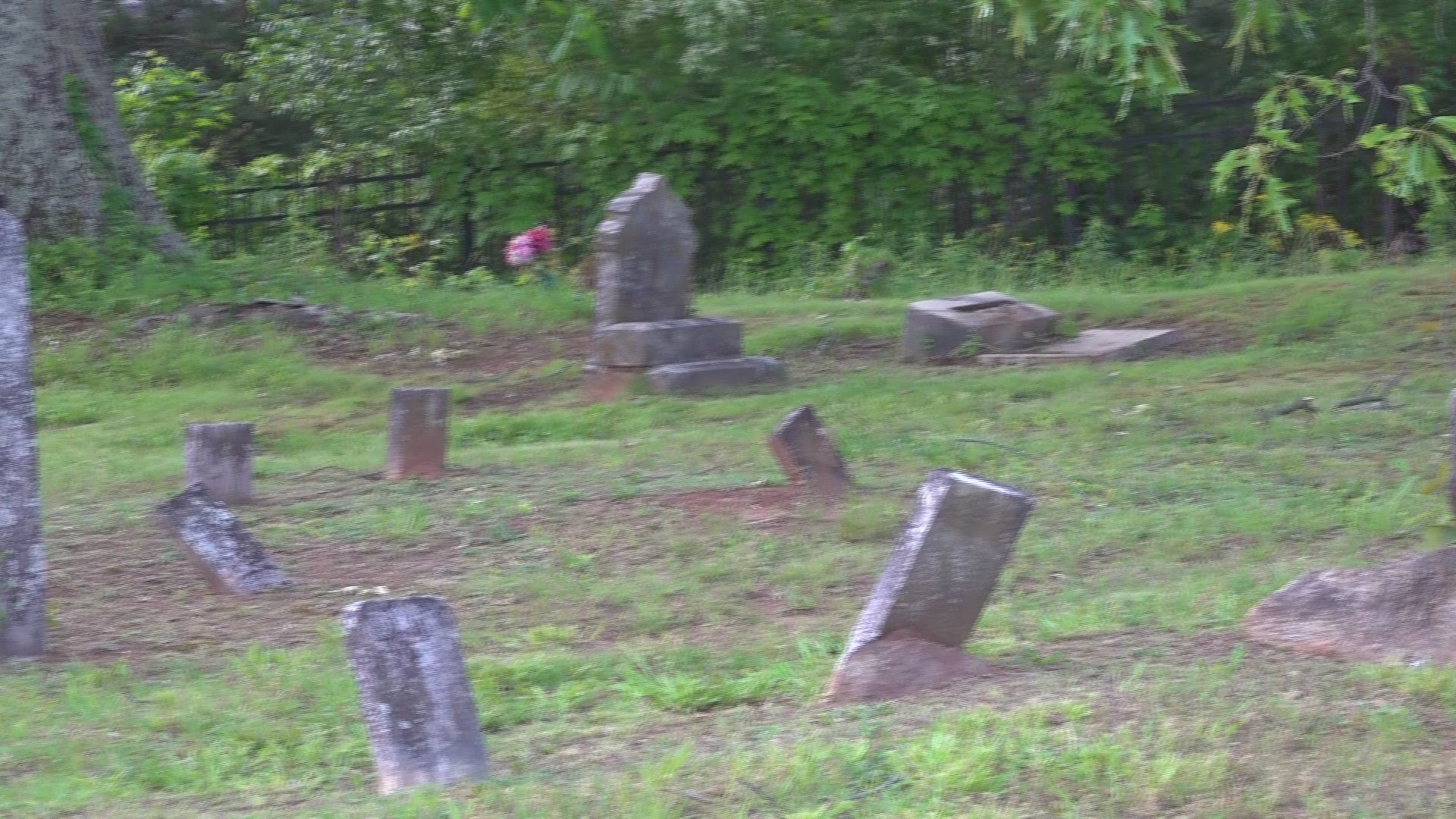 15-year-old Dustin Bonk is hoping to soon achieve the rank of Eagle Scout, the highest honor in the Boy Scouts of America. With help from his family and fellow scouts, Bonk is cataloging the cemetery that sits next to Union Hill Church, an idea he got from his grandfather.

“My grandfather is a deacon at the church. He contacted me during our family's Christmas celebration two years ago and said ‘I have an eagle scout project for you - to survey the cemetery and make a list of who's here and a map of it, so the church can have some idea of who's here,’” Bonk said.

Stephen Harmon, the pastor of Union Hill Church, says he was excited to hear about Bonks interest in the cemetery cataloging project.

“I kept getting messages on Facebook from people out-of-state saying ‘I think my relative is buried in your cemetery. Can you go out and check and see if they're actually there?’ And so I would spend 30 minutes sometimes walking to the gravestones, looking at the older ones and finding someone’s great-grandparents or great-uncle, to help them fill out their ancestry.com or whatever it is,” said Harmon.

The cemetery is believed to be around 180 years old. It could actually be older, but some of the dates on the gravestones are hard to make out.

“The church was constituted in 1838. I don't know exactly how old the cemetery is, but it's somewhere in that time period. There's a lot of local history here that we can find. We just have to be able to find it,” Bonk said.

Bonk spent time working on the project during his spring break. They surveyed the land, took pictures, and created an assortment of maps.

The cemetery and neighboring church sit on land that butts up to Halcyon. Harmon says it’s been interesting to learn the history of the cemetery at a time when major changes are happening nearby.

“The cataloging of the cemetery, the fact that we're doing that at the same time they're building so much right up the street is really representative of where the community is right now, with the generations that have been here before, all the new generations moving in, and how those two things can be married together and be beautiful,” Harmon said.

The cemetery and neighboring church sit on land that leads to Halcyon, the cities new development. Harmon says it’s been interesting to learn the history of the cemetery at a time when major changes are happening nearby.