The owners of Tam’s restaurants and School Street Playhouse have shifted their focus in order to stay in business. 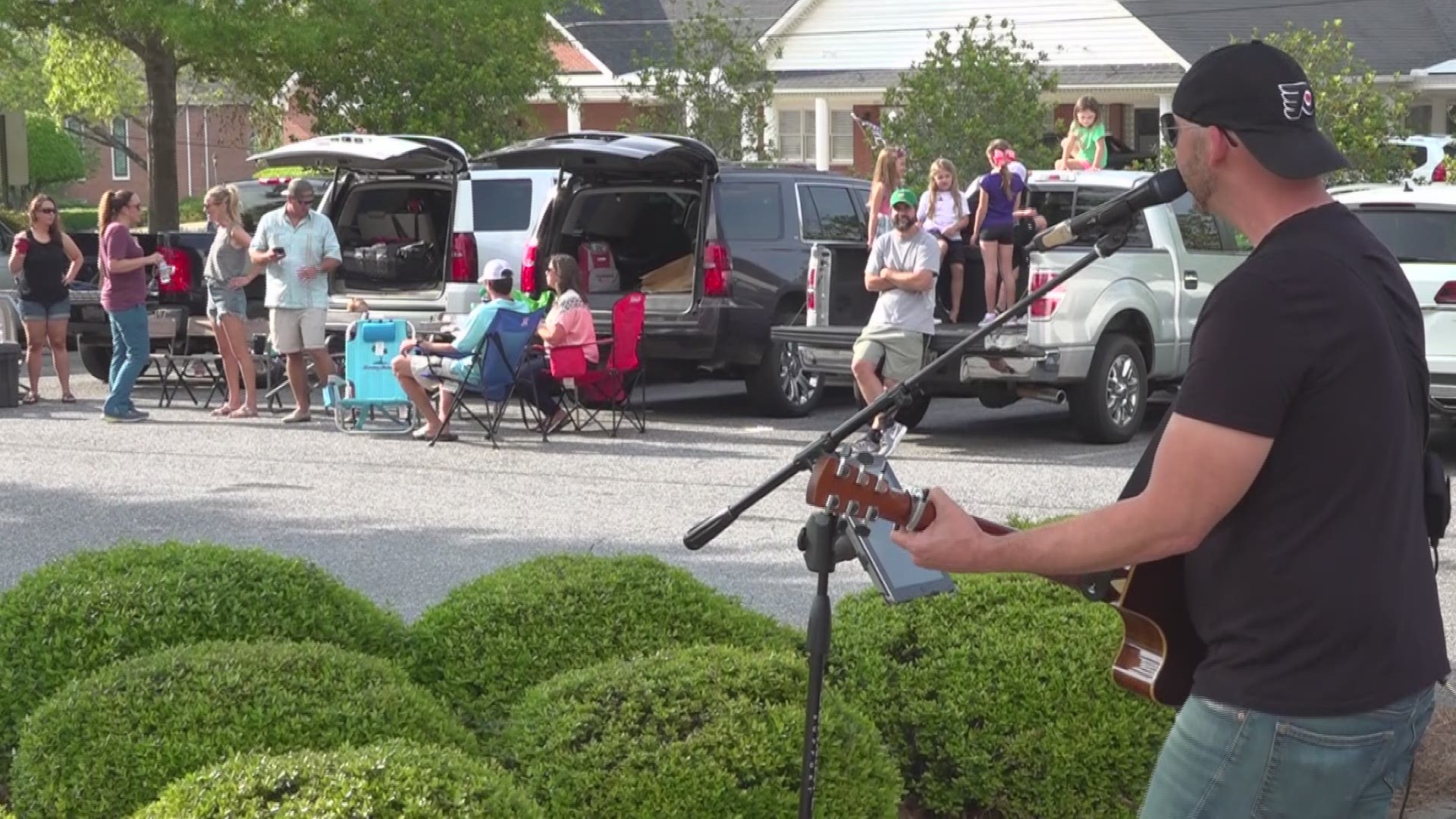 “When we do open the dining room, we want it to be who we are, and a large part of that is just the socialization of it,” Kelly said. “There are so many restrictions right now, so we just want to hold off for a little bit. We really don't have a date yet. We know it will be after Mother's Day, and it may be that our restaurants don't open at the same time. Tupelo may open prior to Backstage, just because they have a different matrix for how they do business.”

Both restaurants are still in business, although the sales are down significantly, she said.

“We're just all working through it, and we're all doing the best we can,” Kelly said. “There's a saying that you innovate or die, so we have tried to be innovative and creative with how we do things.”

Family-style meals, which feed four to six people, are currently available through curbside pickup, she said. There’s also a new weekly event called Tam’s On Tuesday’s, in which the parking lot next to Backstage becomes a picnic area. Kelly said people can order ahead or place an order when they arrive, then have the food delivered to their car while a local musician takes song requests.

“We sort of got the idea with all of this curbside and delivery process, mostly the curbside,” Kelly said. “We were reminded of times in the past where the drive-in was so popular.”

Last night marked the fourth week for the event, which runs every Tuesday from 5:30 to 7 p.m. Singer-songwriter Brian Wiltsey has been the consistent entertainer, only getting paid in tips each week.

“It’s been good and very well received. Plus, it’s a chance to continue playing live while not doing my regular performances,” Wiltsey said. “The tips have been generous, and I think people understand the situation musicians are in. So they appreciate being able to go out and listen to live music.

“It's been neat because everyone is still, of course, practicing social distancing, but they’re able to be outdoors and be apart from one another in our parking spaces,” Kelly said. “It's kind of becoming a parking lot party where families are getting together and there's fellowship taking place, and they're able to enjoy a good meal and live entertainment.”

“We were able to apply for loan assistance with the government, and that was helpful to recoup some of our costs,” she said. “Right now, what we’re really most concerned about is where the confidence is going to be in the people, to come back out to a show. Even when we move forward in the next phases of re-entering into the business world, we just don't know how the playhouse will do. It's a small playhouse. It's very close quarters.”

As of right now, Newsies is slated to take the stage in July, she said, but it’s all subject to change.

Kelly said getting government assistance was a daunting task, but they’re thankful for the assistance which has also come from the community.

“In the hospitality business, our employees mostly work off of gratuity and tips, and our community has been incredibly great,” she said. “It's neat to see how people help one another in times like this.”

Forsyth non-profit working to recoup over $150,000 on #GivingTuesdayNow