The owner of a popular coffee shop has teamed up with one of her customers, and their mobile coffee trailer is catching the attention of many. 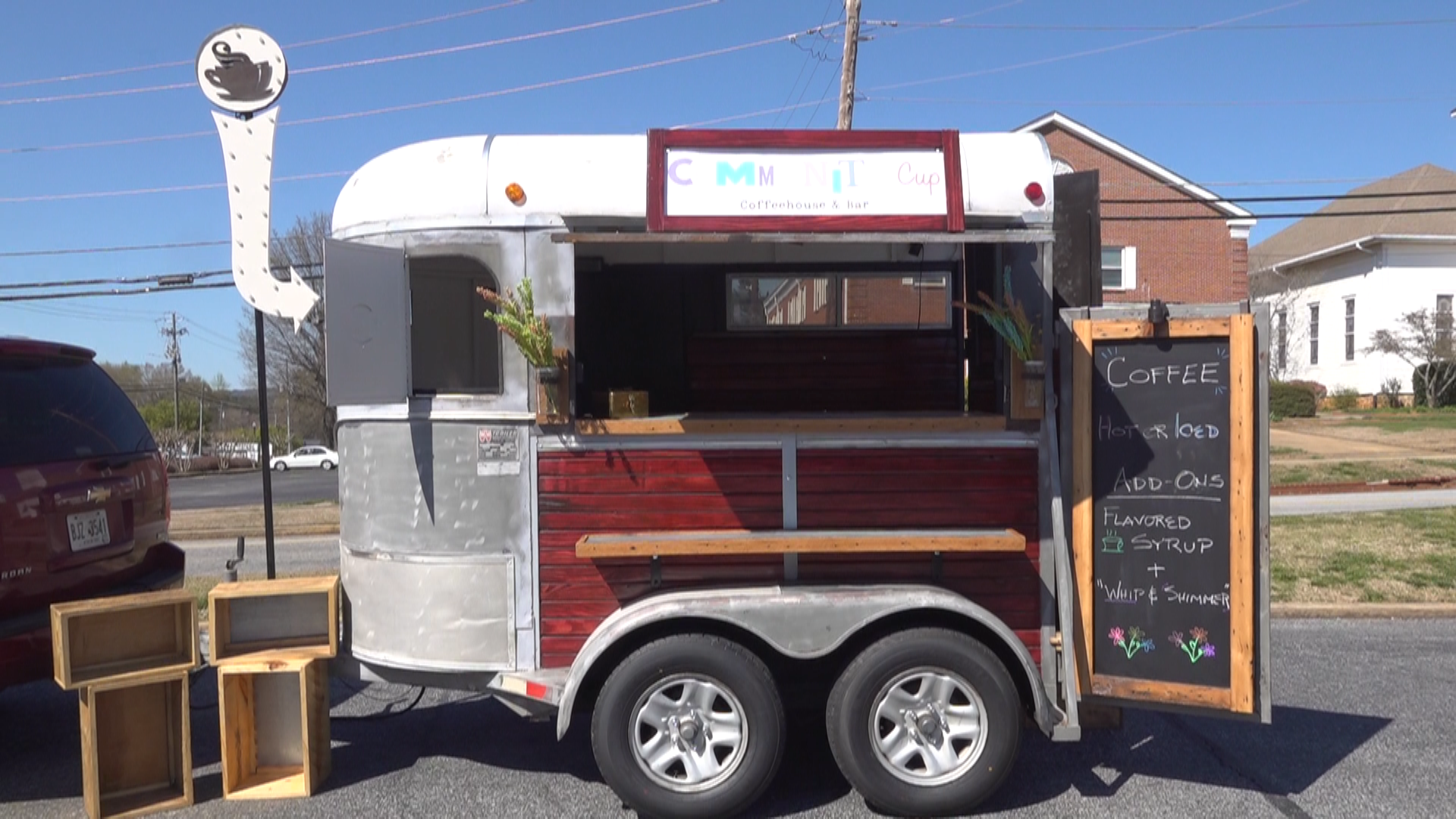 “This is something that's been in the back of my mind for I guess a couple years now,” Christian said. “I talked to my wife, and she had no problems with it, and I went out and found a trailer. The process was a little more in-depth than I thought. There's a lot of junk out there.”

“We had been asked basically right after we opened to do different things like go off-site to set up coffee or donate coffee at schools, runs, whatever it was, and as often as we could, we’d show up with our little folding table and a couple pots of coffee and do what we could do,” Community Cup owner Jalynn Barr said. “We had talked so many times about how cool it would be to have a coffee cart and be able to go mobile, so when we show up to deliver or serve coffee we have something cute to serve it in.”

When Christian pitched his idea to Barr, she was immediately on board with the idea, and the two started collaborating on the project.

“I talked to Jalynn here at Community Cup and got her input as to the layout because I wanted it to be usable for the cottage vendors in the area,” Christian said.

“I came over to his house, so he could show it to me as he was taking it apart and reassembling, so we could talk through the next steps and how to make it more functional,” Barr said. “And it just kind of slowly evolved into what we have now which is this super awesome and adorable little cart.”

“The trailer itself was taken completely down to the frame. It was sandblasted, and all the rust was attended to. I just built it back up from the frame up,” Christian said. “Everything in that trailer has been recycled, except for the floor mats. Those are real horse floor mats just because they're so durable.”

Christian says the trailer is not just for serving coffee. He’s offering it to wedding venues across the area and hopes it will be used for a variety of local events.

“It's getting really good feedback! Everybody is just falling in love with it. We're getting a lot of bookings,” Christian said. “The interest has been so great in this trailer that somebody contacted me from the state of Virginia saying ‘hey, would you build one for me?’”

For anyone interested in using the trailer for the purpose of serving coffee, reach out to the folks of Community Cup. Otherwise, you can book the trailer through Christian at Igotmilktrailer@gmail.com.