A local teen who was bullied on social media is using a service dog to deal with the trauma. 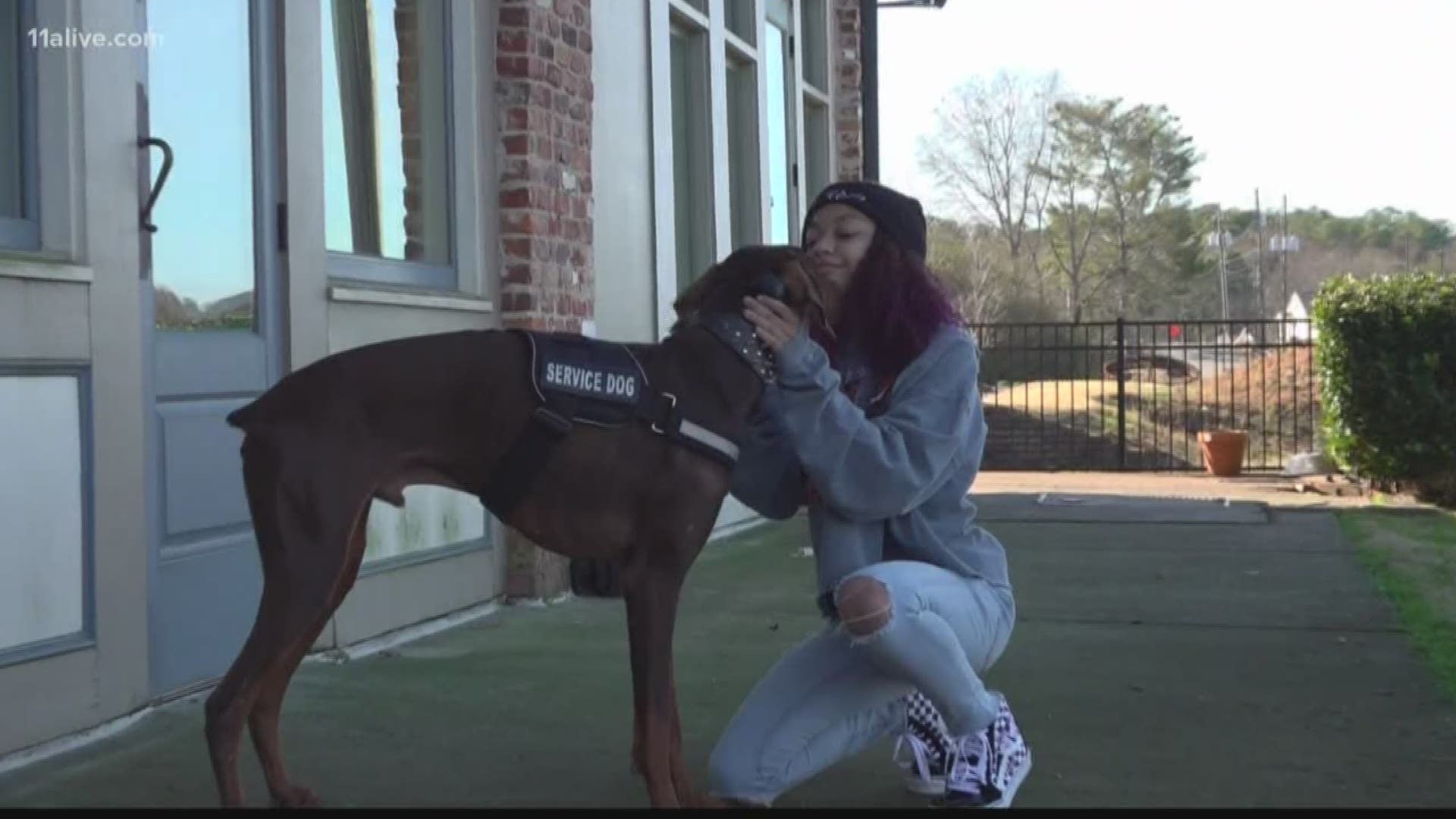 “I was put into a group chat with 40 kids and just bombarded with racist messages. We were told to kill ourselves and things like that,” the teen said. “It really hurt, especially being in this county. It's something I know we try to avoid a lot.”

According to school officials, 11 students were disciplined for their involvement in the bullying. But Batiste said the damage was already done.

“I developed really bad PTSD and didn't leave my house,” she said.

When Jimmy Lynch learned about the situation, he decided to get involved. Lynch owns Leashless Atlanta, a company that trains service dogs. He immediately started training Batiste’s dog, transforming it from a regular house pet into a companion that can be helpful to the teen.

“They had a dog already, and it was a perfect match. He is her savior,” Lynch said. “It's got to mesh, the personality and the needs and the end goals have to meet the person and the pet. Her dog, it lifts her spirits because of his joy, and it definitely keeps her living in the now which keeps her from thinking too far ahead and being anxious, or thinking about what happened to her and being depressed.”

For anyone else dealing with bullying, Batiste has this advice:

“Don't try to keep it to yourself,” she said. “Try to go and get some help because I'm sure there are people who will try to come and help you. Even if it's just one person, it's so much better than dealing with it alone.”