'I almost just died on the scene': Mother of victim killed by wrong-way driver on 400 trying to cope with grief

Two families are heartbroken after a wrong-way crash ended with two men dead. 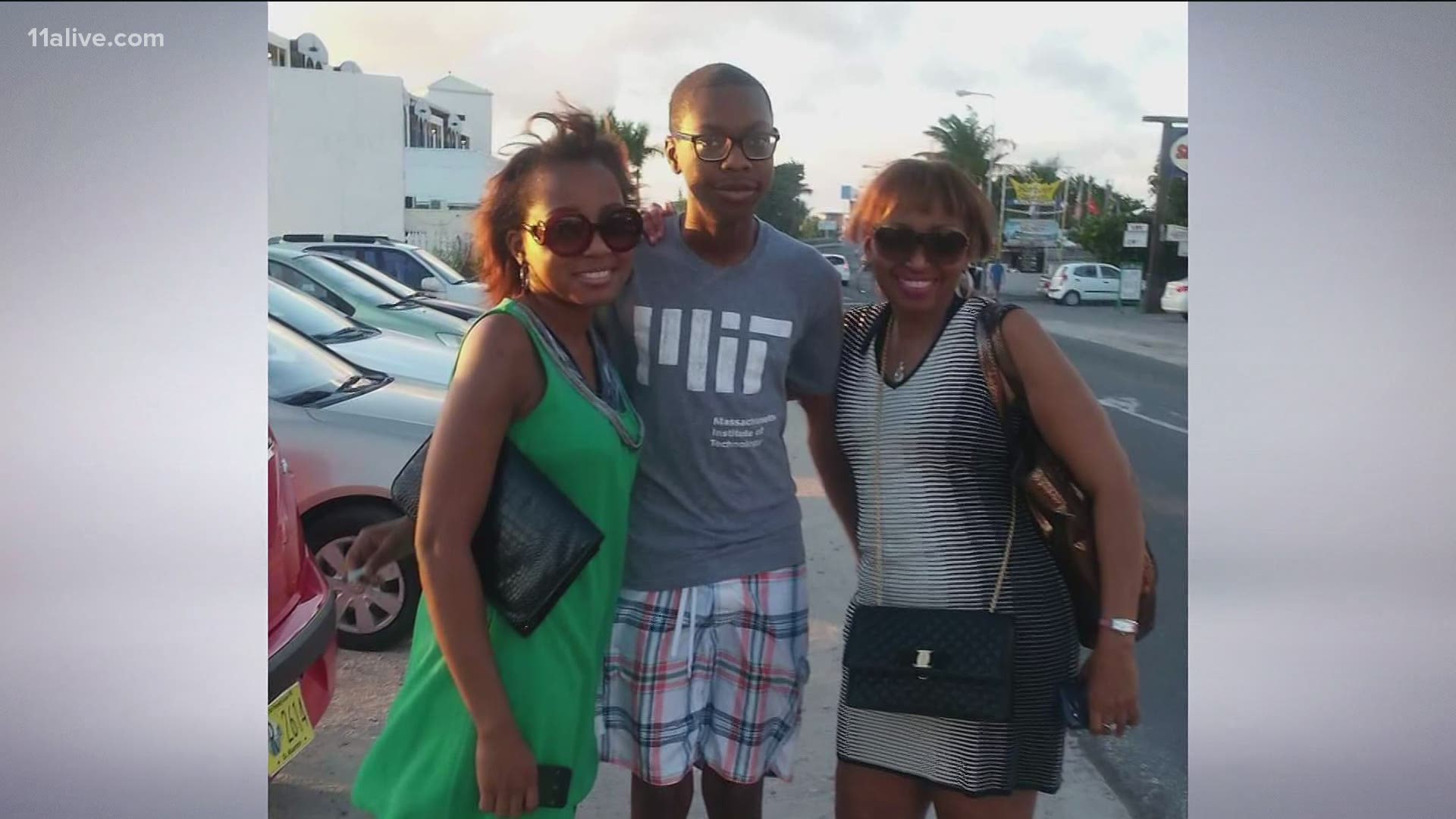 Investigators said the car that caused the crash was going more than 100 mph.

Holding on tightly to one another, the family of 22-year old Tarik Kindell said they are in a deep state of despair.

"I miss him and I love him and I don’t know how I’m going to live without him," said his mother with tears running down her face.

She and her family talked about their love and admiration for the Kennesaw State student. They said he loved music and like his idol, Donald Glover, known as Childish Gambino, wanted to write uplifting stories to bring hope to the world.

"If you ask anyone who knew him. He just walked in a state of grace and a state of love," said Tarik's uncle, Askia Davis, Ph.D.

Early Sunday morning, Tarik’s mother said she followed his route home through an app. He was heading north on Georgia 400 at about 1:30 a.m. in the morning, five minutes away from home, when his movements stopped.

RELATED: Wrong-way driver going over 100mph on 400 crashes head-on killing himself, one other

His car was stopped for 18 minutes; so, she rushed to the location to see what happened.

Right before her eyes, her only child was gone. Deputies said another driver 35-year-old Silas Brown was speeding down Georgia 400 in the wrong direction.

He hit Tarik head-on and the cars instantly burst into flames. Both men died on the scene. Friends of Brown said he’d only had the Alfa Romeo car he crashed for about a week. But they had no idea what could have led him to that crash.

Brown was known for being a popular hairstylist and for a short stint on a reality show.

"It’s still very hard for me to process because he had so much good that he was working toward and working on," said Brown's friend, Brittney Waller.

Tarik’s loved ones said, he too, had so much more to accomplish.