Tamla Horsford was found dead in the backyard of a home in Forsyth County the morning after she attended an overnight house party. 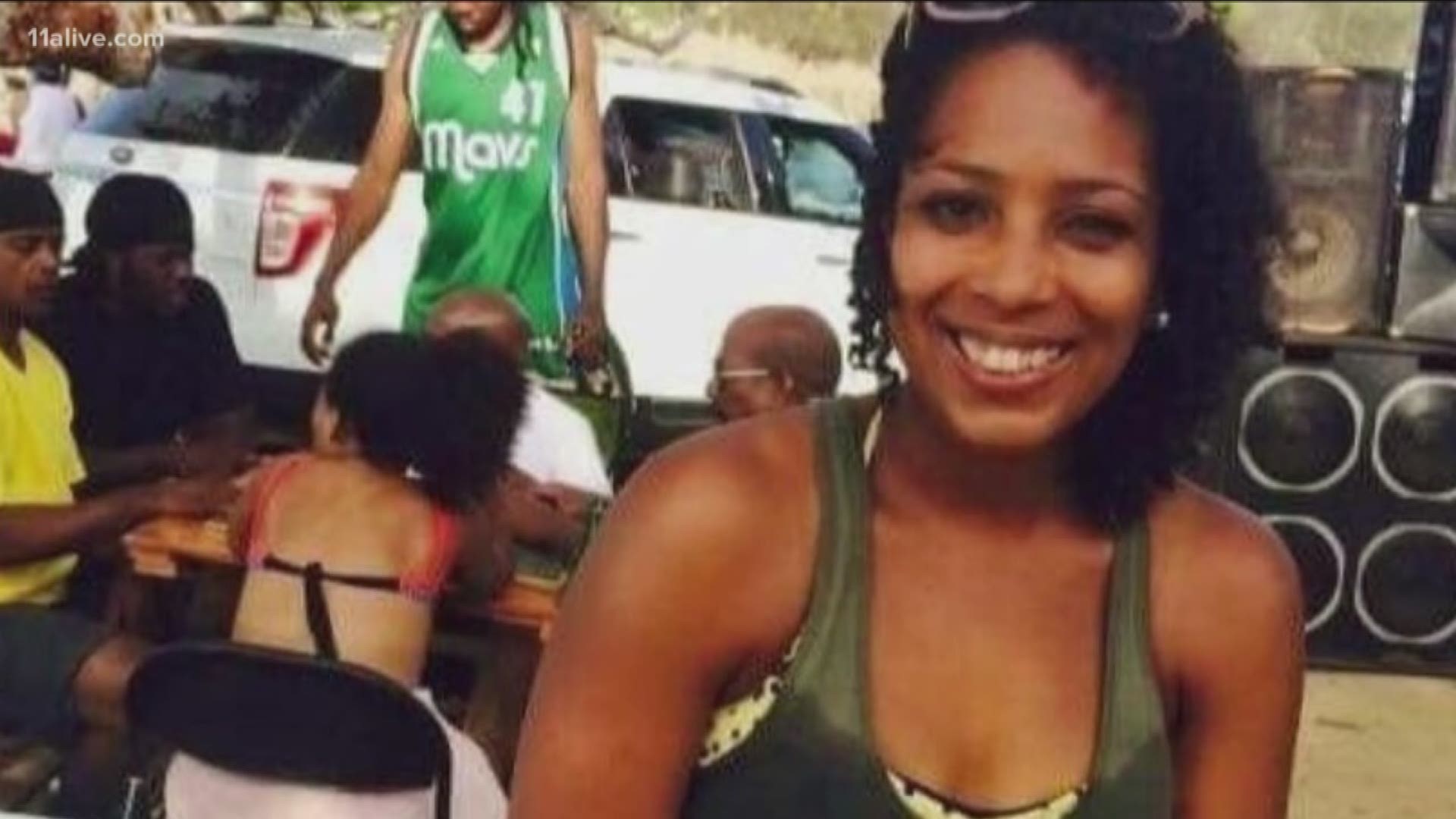 Horsford, a 40-year-old mother from Forsyth County, has become the center of a viral social media controversy after she died at an overnight house party surrounded by other adults.

In a news conference, the Forsyth County Sheriff’s Office said its investigation into her death has closed after 300 hours of manpower and 30 interviews with party guests and others who had a connection to the party.

In 911 audio obtained by 11Alive, a woman and her boyfriend described Horsford as "stiff" and "face down" in the backyard. Over the course of the eight-minute-long phone call, they indicate that the deck is about 20 feet off of the ground.

"Maybe 20 feet from where your feet would be on the railing," the boyfriend said. "The railing itself, is maybe three and a half, four feet?"

“It was a party. They were drinking,” Perkins said. “She was drinking. Most of the partygoers had gone to bed at that time, and she was on the deck alone.”

Police said Horsford’s death was caused by an accidental fall from a deck at the home. Perkins said that Horsford’s body was transported to the GBI medical examiner for an autopsy report following the initial crime scene investigation. Her death was investigated by the Forsyth County Major Crimes Unit and everyone at the home was interviewed.

“While the injuries sustained appeared to have been likely received in a fall, detectives awaited toxicology and medical examiner reports to verify the findings,” Perkins said. He added that all of the injuries on Horsford’s body were consistent with a fall.

11Alive obtained Horsford's toxicology report. It showed that she had the anti-anxiety drug Xanex in her system, along with marijuana. Her blood-alcohol level was .238, nearly three times the legal limit of .08 percent.

The autopsy report showed she was fully clothed but was not wearing shoes at the time of her death. She had various, small abrasions to her head and neck and a laceration on her heart. Horsford's right wrist was dislocated and had a one-inch cut. There were also smaller abrasions on her legs and arms.

Horsford’s death has led to a growing number of questions online, with Twitter users using the hashtag #TamlaHorsford, with users expressing outrage over the lack of media coverage in her death since it happened last year.

Perkins said that no one at the party witnessed Horsford’s fall from the deck and that they came outside in the morning and found her in the backyard. He claimed there was no lapse in time from when she was found and when the 911 calls were made.

One of the partygoers, Jose Barrera, ended up losing his job in the wake of Horsford’s death. Barrera was a Forsyth County Superior Court employee who worked as a pre-trial release services officer. In that role, he would report bond violations, administer drug and alcohol tests and identify court defendants who might qualify for pre-trial release.

“It was probably just curiosity, to be honest,” Perkins said. “He had access to our system and he should not have done what he did. He accessed those reports, which again, upset us. It violated our trust with him and we reported it to his supervisors.”

Barrera was placed on administrative leave on Dec. 17, 2018 for accessing files on a current investigation where he was a witness. He was terminated from his position with Forsyth County Pretrial Services on Dec. 20, 2018, based on a “loss of confidence” in the department.

“At this time, each of the partygoers and their families have received death threats on various social media postings. The threats need to stop. This tragic accident is exactly that, an accident. It is unfortunate, sad, and unbelievably heartbreaking to her family and friends," the attorney statement read, in part.
"However, certain very vocal friends and family members of Mrs. Horsford have been describing this accident as a 'murder.' Nothing can be farther from the truth."

On Monday, Horsford's family told 11Alive they were not ready to go on camera yet and talk about her death.

Woman claims discrimination by SC foster agency over her religion