Authorities said no deputies were injured. 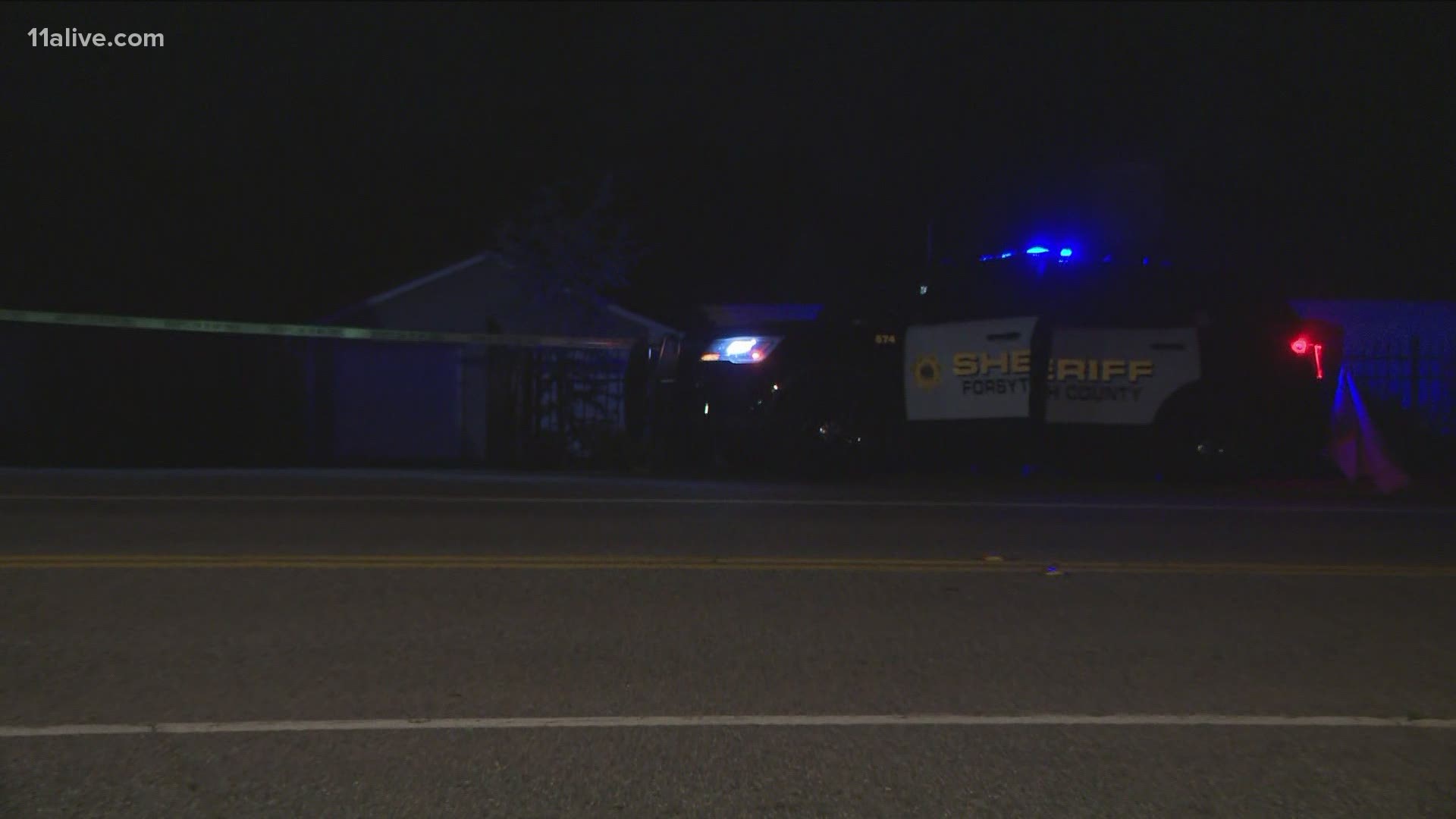 FORSYTH COUNTY, Ga. — Authorities say a suspect is dead after being shot by a deputy on Thursday evening in Forsyth County.

The sheriff's office said the shooting happened in the 5500 block of Dahlonega Highway around 8 p.m. In an interview around 11 p.m., Sheriff Ron Freeman said the response began with a 911 call regarding "trouble unknown."

"During that response, they heard shots fired," the sheriff said.

He said that as deputies approached the residence they saw a man armed with a handgun who was threatening a female.

"One deputy sheriff discharged a duty weapon as that male was threatening that female with the firearm," Sheriff Freeman said. "That individual was struck and unfortunately is deceased."

Freeman said the deputies were uninjured and added that "all individuals except the suspect are uninjured at this point."

"It's unfortunate that the individual made that decision that forced the deputies to make the decision that they made," he added.

The Forsyth County shooting is the second involving law enforcement in metro Atlanta on Thursday alone. Another shooting occurred earlier in the day in Barrow County, leaving one suspect dead.

Sheriff Freeman has since called in the Georgia Bureau of Investigation as an independent investigator. The state agency typically turns its findings over to the district attorney once that process is complete.

The sheriff said he has been in contact with both the GBI and the district attorney's office and will not make further comments amid the ongoing investigation.

"They'll be releasing additional details as they come, but we thought it was important to let you know where we're at, what's going on and why we're here," he said.