The Horsford family attorney accused the state agency of being 'compromised' as it reopens her death investigation. 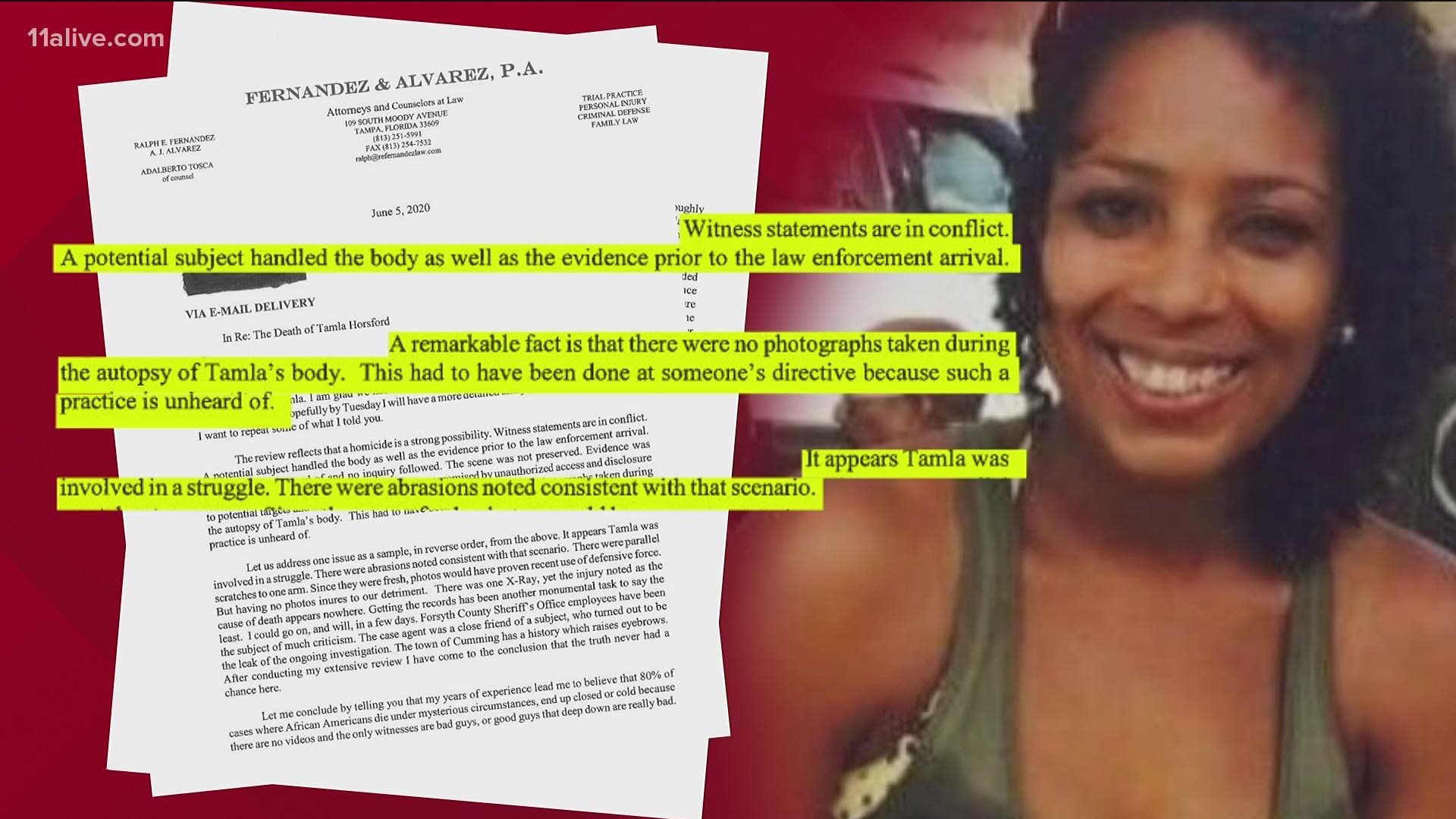 Attorney Fernandez didn't mince words when giving his opinion regarding the agency which is now charged with investigating the death of a mother of five in Forsyth County years earlier.

"The people of Georgia should know that the GBI, Georgia Bureau of Investigations, is compromised," he wrote. "The obstruction their top ranks engaged in, their disregard for the law and their tactics attempting now to diminish the impact of their conduct in the cover-up of the Horsford homicide investigation, does not bode well in today's tragedy."

Forty-year-old Horsford was attending an overnight house party for adults in November 2018 when she died. Her death was ruled an accident but the story became the center of controversy online.

Still, the case was closed in February 2019 after the Forsyth County Sheriff's Office said it spent 300 hours investigating the case. That included 30 interviews.

The reopening of the case came at the request of Forsyth County Sheriff Ron Freeman who asked the GBI to independently look at Horsford's death. That move followed another message from the family's attorney said that his office found that "homicide is a strong possibility after they conducted an exhaustive review of the case. Fernandez also suggested local law enforcement was involved in a cover-up.

According to reporting, Horsford was found fully clothed in the backyard of a home on Woodlet Court on the morning of Nov. 4, 2018. In 911 audio obtained by 11Alive, a woman and her boyfriend described Horsford as "stiff" and "face down" near the deck in the backyard. Over the course of the eight-minute-long phone call, they indicate that the deck is about 20 feet off of the ground.

The report showed that she did have high levels of alcohol and traces of anti-anxiety drug Xanax and marijuana in her system.

But while the reopening of the case may mean new answers for the family, their attorney's words for the GBI suggest he expects the agency won't diverge from the findings of the sheriff's office.

In the aftermath of Rayshard Brooks' death in Atlanta, which the GBI is also investigating, attorney Fernandez had words of comfort - and concern - for the Brooks family.

"Rayshard Brooks and his family deserve better. My regards to them and the fine legal team that now has to confront this challenge," he said.