Two people who survived the terror attacks on the World Trade Center met by chance, just two days before the 9/11 anniversary. 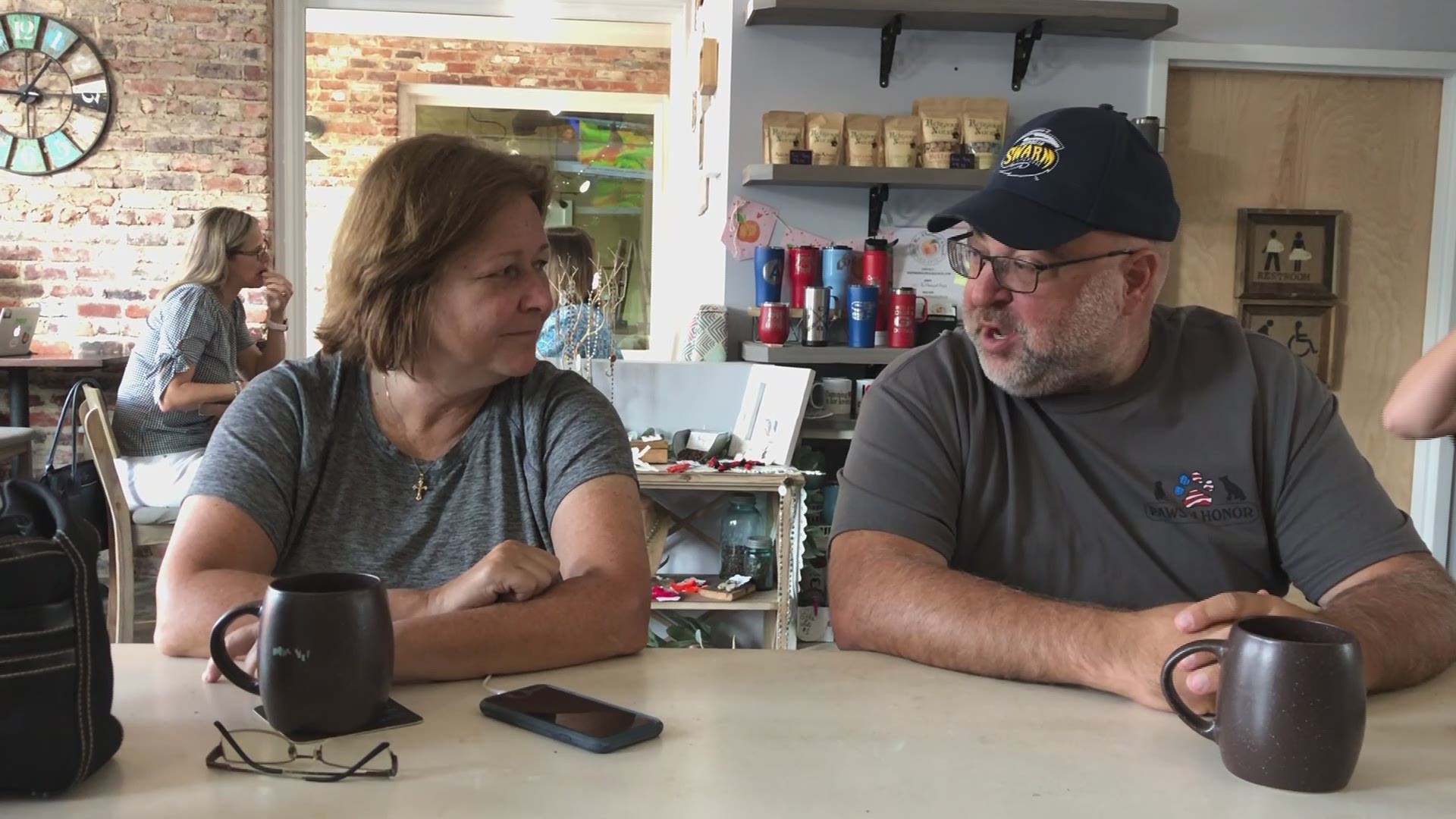 “It was nice because you have a different perspective talking about it,” Marchello said. “It's hard to talk to someone about it that maybe doesn't have a personal attachment to what happened, especially living here now. There's not many people you're going to run into. Running into her was like a diamond in the rough.”

The two spoke for hours about what they experienced that day 18 years ago, and Bergeron says she was surprised to meet Marchello.

“I was stunned, but I was very happy and relieved because I have been trying to find people who went through similar experiences,” Bergeron said. “There are no World Trade Center survivor groups in Georgia, and so I started talking to veterans, but that wasn't exactly the same thing. We were able to go through, unexpectedly, a lot of details - where he was, where I was. We were able to go through details and we understood what the other was saying.”

Marchello was part of the team that searched for survivors, and he says he often wonders if the toxins in the air that day will affect his health.

“We lose two to three fireman and policeman and first responders a week now to 9/11-related cancer, so it changes your perspective,” he said. “Every day, I wonder if I'll still be there to walk my daughter down the aisle.”

Marchello still gets emotional talking about the 9/11 attacks, saying he lost a life-long friend that day, a 24-year-old paramedic who was stationed in the World Trade Center.

“He was probably the first paramedic on scene when it happened,” Marchello said. “Unfortunately, saving people, he ended up perishing. I think about him and everything he wanted to do in life. He never got to have the kids and the wife and the house with the picket fence and everything else.”

Bergeron is also still dealing with the aftermath of it all. Last year, she was diagnosed with Post Traumatic Stress Disorder.

“I think there's a lot of people out there who don't know what PTSD is,” Bergeron said. “I thought it was for veterans, victims of domestic violence, first responders because it's invisible to the eye. It's not easy to see and it's not easy to treat, there's no cure.”

As part of her therapy, Bergeron spends time at Special Equestrians of Georgia.

“I have medication, and I see doctors. That helps,” she said. “But when I come out here, everything stops. It's peaceful. I just come here, I sit with the horses, I talk to the horses, I give some of them a treat. It's miraculous. I don't know how to describe it, but it's healing. Anyone who has depression, anxiety, or is just stressed, it's a good place to come observe. I'm learning to practice mindfulness, to take my brain out of the hyper-alert mode, and it's just peaceful to look at the trees and to look at the sky.”

Neither Marchello nor Bergeron watches the 9/11 anniversary coverage anymore. Instead, Marchello makes a point to spend time with his family, and Bergeron catches up with former coworkers.

“On that day, I try not to watch any TV about it,” Marchello said. “It just brings everything back: the smells; the sounds. I will just spend time with my kids this Wednesday, reflect and remember all those who did not make it.”

“The last few years, I've been having a call with all my colleagues, and we're going to be doing it this Wednesday,” Bergeron said. “Not to rehash all the bad, but really to focus on all the positive. It was a tremendous rescue effort. There was a lot of good work by solid people, and I just want to thank them. There’s going to be police officers as well as civilians. So it's a way to really pay tribute to all those who are here and those who died on September 11th.”

Mr. Miller’s Army | Community answers the call for veteran in need of handyman 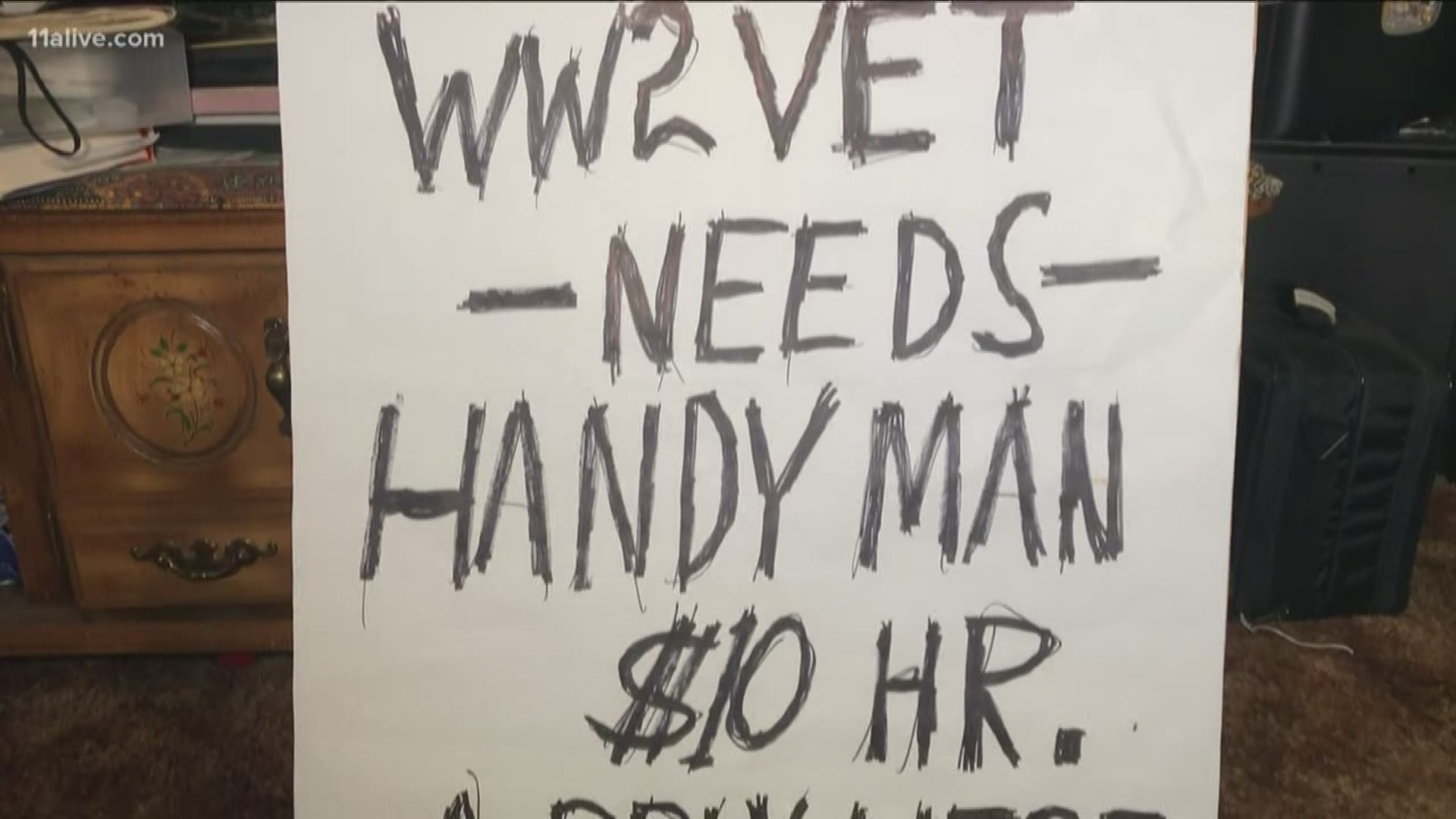