Vickey Boyles, affectionately known as “Ms. Vickey” celebrated 12 years of sobriety Tuesday. She told 11Alive that there is a need for criminal justice reform. 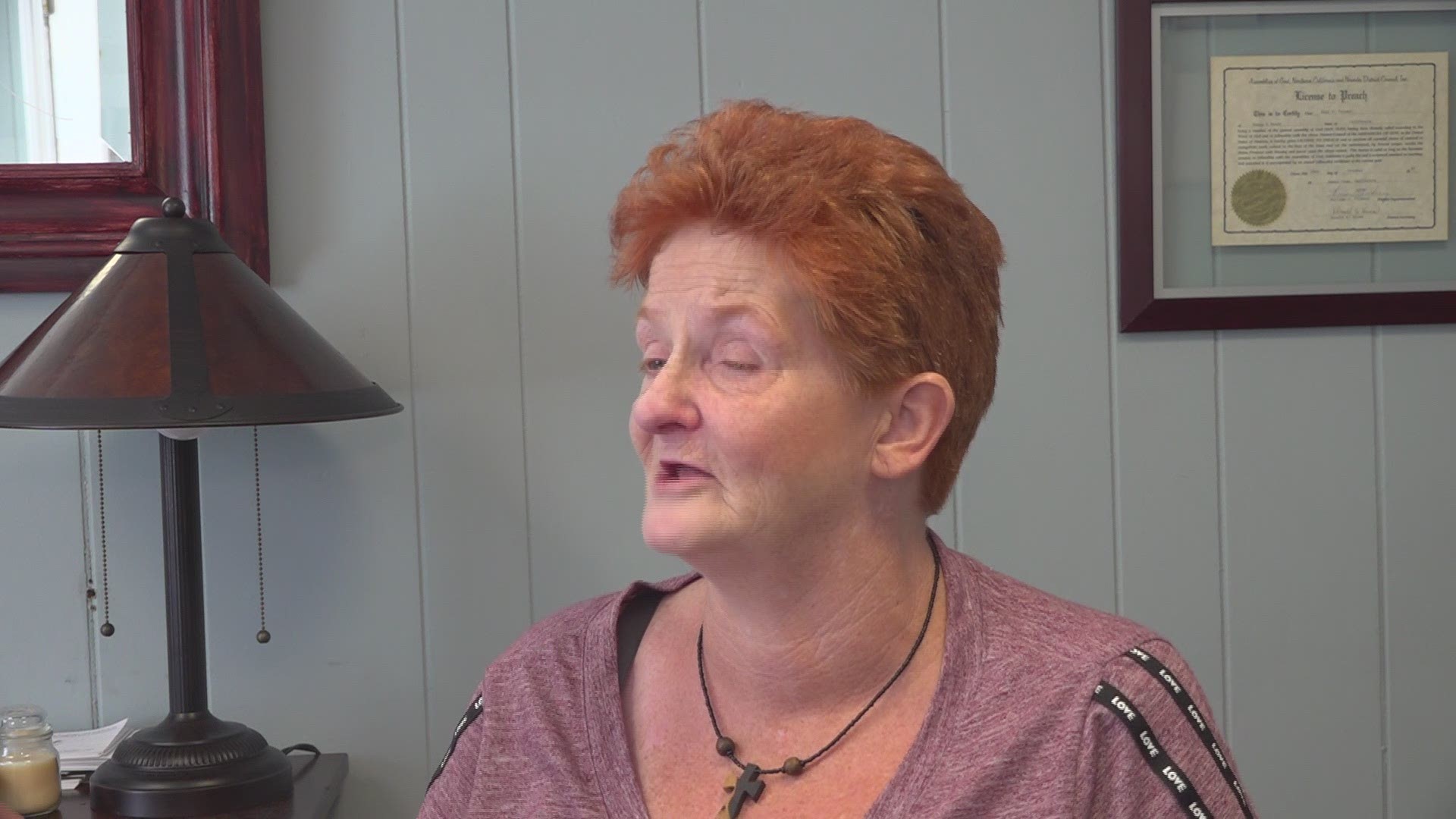 ATLANTA — Twelve years ago, Vickey Boyles arrived at the Atlanta Dream Center with a bloody head and a broken spirit.

“I came from Alabama from a family that only bonds with alcohol, anger and aggressiveness," she said.

"I came to Atlanta to escape that lifestyle and while trying to deal with those pains, I found a way to comfort those pains through drug abuse."

She said she came to the Atlanta Dream Center in a "broken state", but turned her life around.

"She came and someone had hit her in the head. Someone just beat her and one of my staff members sat with her while she was bleeding on the porch for four hours. We didn't have all of the medical things. All we had was love to give," Palmer said.

The Atlanta Dream Center is the vision of Dan Palmer and his father Pastor Paul Palmer and has been in operation for 16 years.

The mission of this organization is to "rescue the lost, rescue those in need and restore the brokenhearted," according to their website.

Boyles or "Ms. Vickey", as the Atlanta Dream Center staff affectionately calls her, is an inspiration to many including those who are also in recovery.

She spends her Thursdays organizing and cleaning the refrigerators in the Dream Center facility and giving hugs to people throughout the office.

"I like to say that handshakes build houses and hugs build hearts," she said.

Boyles told 11Alive that she is experiencing immense difficulty trying to get ahead in life due to old things from her past including a felony.

She has not committed a crime or used drugs in more than 12 years, but she says she does not have access to necessary resources which include housing.

Boyles said she is currently homeless and lost her Section 8 voucher because of a previous felony.

Depending on the type of felony, some may be denied Section 8 housing.

"It hurts to be judged," she said.

"[The felony] is holding me back from the possibilities that I could have," she said.

"It's difficult trying to make a change and someone stops you because its something you did years ago and it hurts."

Through difficulty, Boyles maintains a positive attitude and hopes for change in the criminal justice system and in the world.

"There's a big change that needs to come. Compassion and love should be the first things because if you can love your brother and they can love you back, there's no space for negativity," she said.