As of last week, local residents have held daily protests 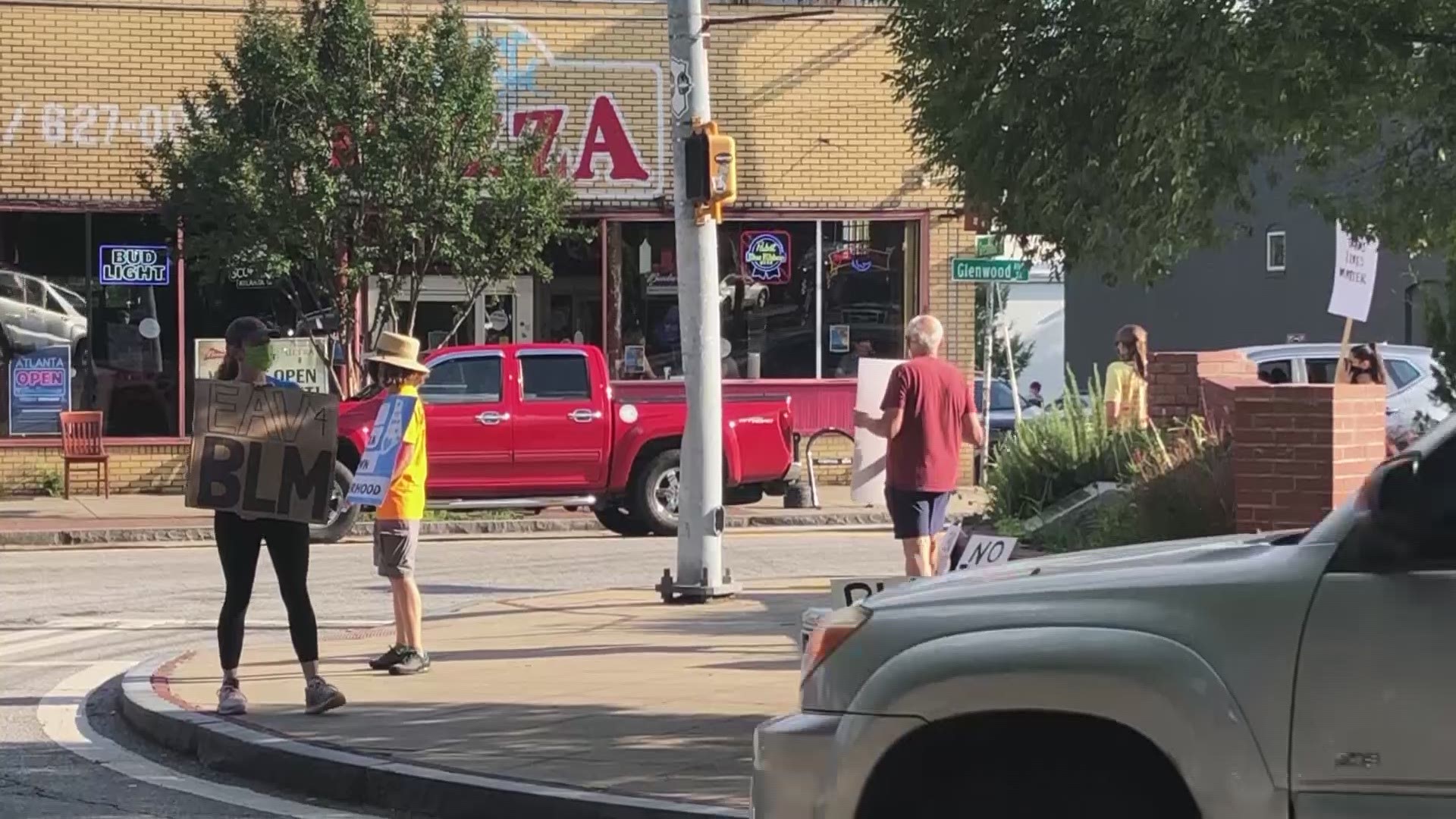 ATLANTA — Protesters against police violence occupied the intersection at Flat Shoals and Glenwood avenues in the heart of East Atlanta Village on Monday.

The tight-knit community has joined the larger Black Lives Matter movement that has steadily been growing larger and larger since the killing of George Floyd by a Minneapolis police officer on May 27, 2020 - and the death of Rayshard Brooks on Friday.

The neighborhood protest was initiated by the treasurer of the East Atlanta Community Association, Ralph Green.

The 75-year-old is a father of four and a long-time resident of East Atlanta Village. Green was the first to stand in the village with a sign that simply read, “NOT TOO OLD TO STAND UP FOR CHANGE - BLM.”

A picture posted on Twitter by one of his daughters on June 11, went viral, receiving over half-a-million likes within a matter of days.

In a conversation with My East Atlanta News, Green was sure to punctuate that the attention was not "about him."

Credit: WXIA
BLM protesters in East Atlanta Village at the corner of Flat Shoals and Glenwood

“Maybe it's just words on a sign, but if you don't put the words on the sign, you don't stand out, because then you're not doing anything good,” said Green. “I have four daughters. I tried to raise them to have good values, but they’ve also raised me. And so, I have to listen to new things and question my thinking.”

The protest occurs daily at the intersection of Flat Shoals and Glenwood avenues from around 5:30 p.m. to 7 p.m. For more information, visit the East Atlanta neighborhood page on Facebook.

RELATED: Man shot and killed under I-20 overpass