B.T. Harman is a Cabbagetown resident. He is a content creator and is known for the popular podcast "Blue Babies Pink" which now has more than one million downloads. 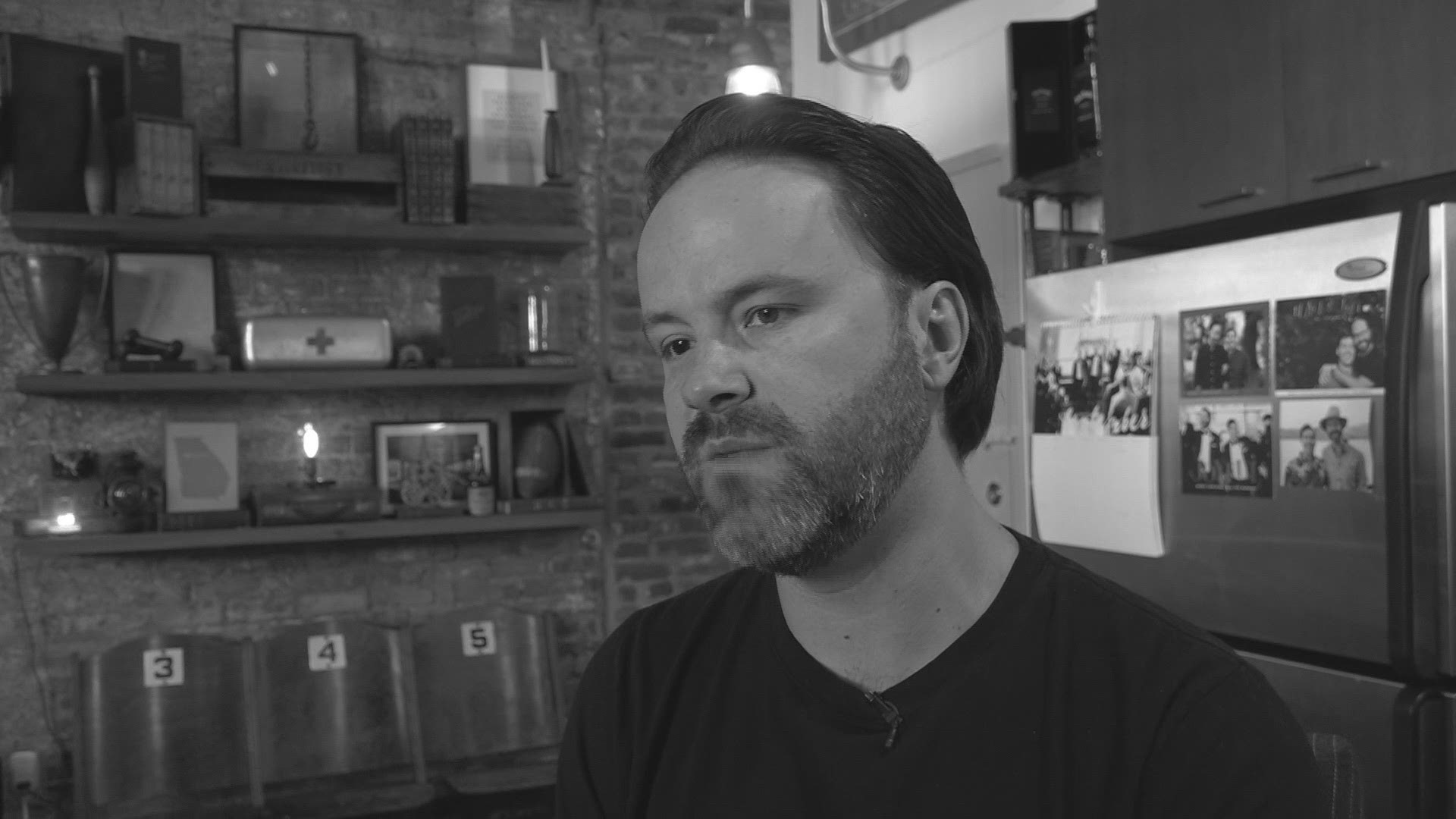 Harman was born in Alabama and is the son of a Southern Baptist pastor. As a “preacher’s kid” or a “PK,” faith played a major role in young Brett Trapp’s life.

As he matured, B.T. noticed that he had a secret—one out of fear that he decided that he would keep hidden for decades.

From a young age, Harman knew that he was gay.

Growing up in a conservative faith community proved to be no easy feat for Harman as he attempted to reconcile his faith and sexuality.

“In my 20s, I obviously was aware that I was gay but growing up in a Christian home and being a Christian myself, I never felt comfortable talking about that or engaging with that part of my life,” Harman told 11Alive Reporter Donovan Harris.

Harman told 11Alive that he experienced a great amount of anxiety and physical symptoms related to hiding this part of identity for so long.

“I opened myself up to say maybe God wants me to be open to dating and potentially open to marriage,” he said.

He now lives with his husband in the Cabbagetown community in east Atlanta and is a part of a metro Atlanta church community.

In his popular podcast “Blue Babies Pink” which he released in 2017, Harman shares with listeners his most personal yearnings for connection, love, acceptance and belonging.

To date, the podcast has had more than one million listeners.

“It was my attempt to explain what this journey had been like as the closeted, gay son of a Baptist minister from Alabama,” Harman said.

He said never anticipated for the podcast to be this successful.

"I thought friends and family would read it and when it got shared beyond that, it was cool to watch but I never had any idea that so many people would engage with this story."

Harman is now a sought-after speaker and writer. He also provides support to Conservative, Christian parents who want to better understand their LGBTQ child(ren) with a support group called Harbor.

Harman is in the process of launching a new murder-mystery podcast in the fall called “Catlick” which spans a 56-month time period in early 1900s Atlanta.

He was careful not to give too many details as to not ruin the element of surprise, but he did hint at what listeners can expect.

“There are murders, spies, villains, outlaws and madams,” he said.

Harman said that he is looking forward to creating more stories that make the world kinder and more empathetic.