As work began to dry up, these local artists decided to keep fresh by painting new murals. 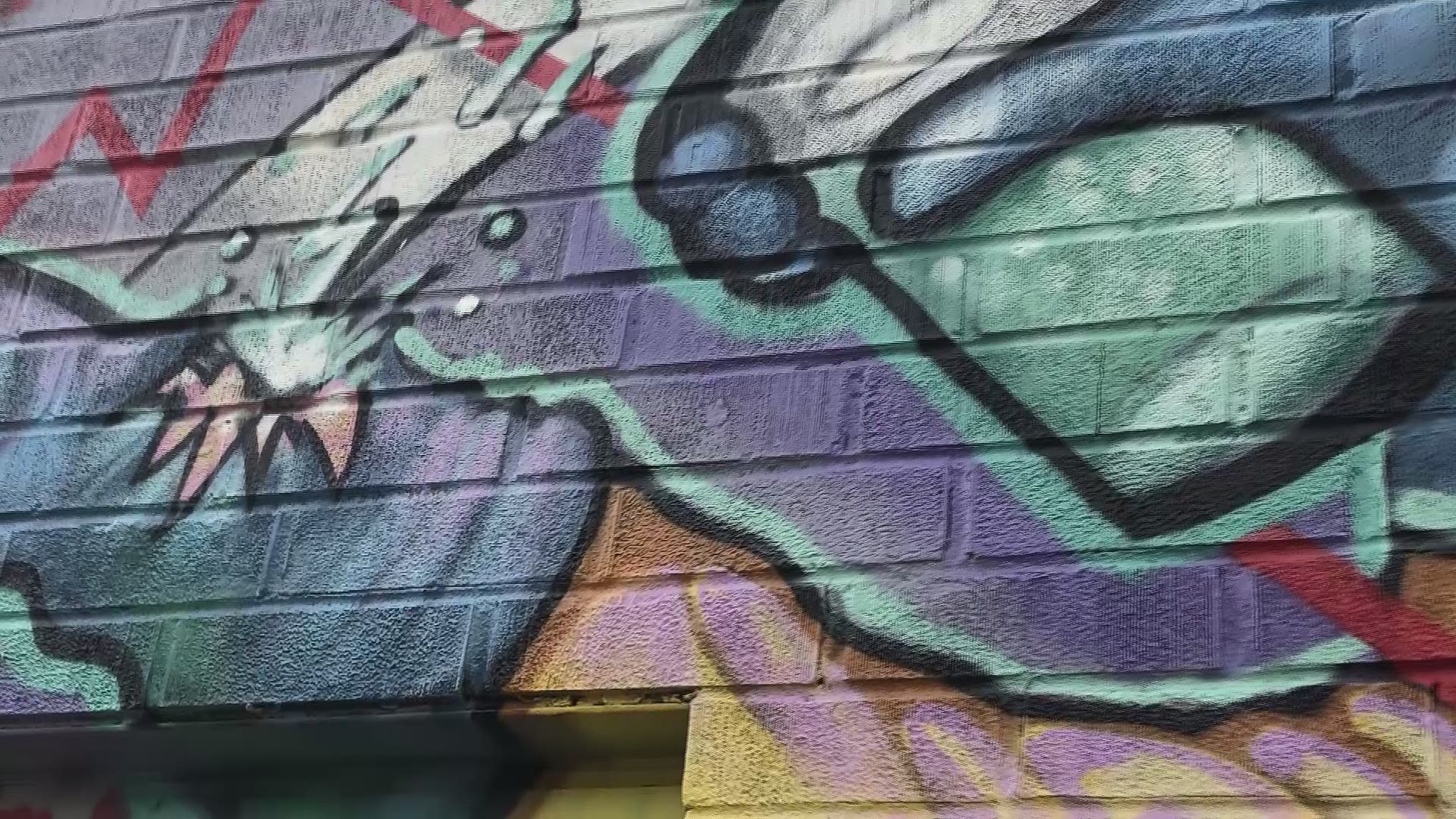 ATLANTA — If you live near the East Atlanta Village area, chances are that you may have noticed some new artwork popping up around the neighborhood - particularly around Flat Shoals and Metropolitan.

Local muralists and long time residents, Chris Wright and Matt Letrs both own and operate their respective mural and commissioned art companies. Up until a few weeks ago, both artists would have characterized their workloads as ‘crazy busy.’

That is until the world as we know it, turned upside down after the announcement of the COVID-19 virus as a worldwide pandemic. Then like many creatives in and around the EAV and beyond, they saw their client base nearly evaporate as social distancing restricted business and public interactions.

That’s when Wright was inspired to address the problem head-on by pouring his frustration into a mural for the whole neighborhood to enjoy. Enlisting the help of his longtime friend Letrs, in a matter of days, the two of them turned the wall of the Watkins building into a canvas for one of their murals.

Appropriately titled “Sick With It,” the massive mural depicts a frantic individual decked out in a neon yellow hazmat suit trailing behind a cart filled to the brim with toilet paper.

Credit: EAV muralist, Chris Wright standing in front of "Sick With It" mural

The mural is located on the northern wall of the Watkins building at 447 Flat Shoals Ave, across the street from East Atlanta Fire Station #13.

Both Wright and Letrs told My East Atlanta News that they’ve experienced an overwhelmingly positive response from the public.

In addition to the word of mouth praise, they have received, “Sick With It” has been shared through social media by the community since it was completed just last week.

Since that time, they have completed another piece titled “Hippo-crabbies” on another vacant wall in the EAV area. The two artists mentioned that they intend to keep “throwing up” new pieces until they’re able to get back to something of a steady work schedule.

For more info about Chris Wright or Chris Makes Art visit his website or for more information about All City Murals, click here.

RELATED:
East Atlanta scavenger hunt wants you to get in touch with your spirit animals