Lauren Janis said that while she had no idea how the pop-up was going to turn out initially, she was sad that the pop-up on May 23 was the last one. 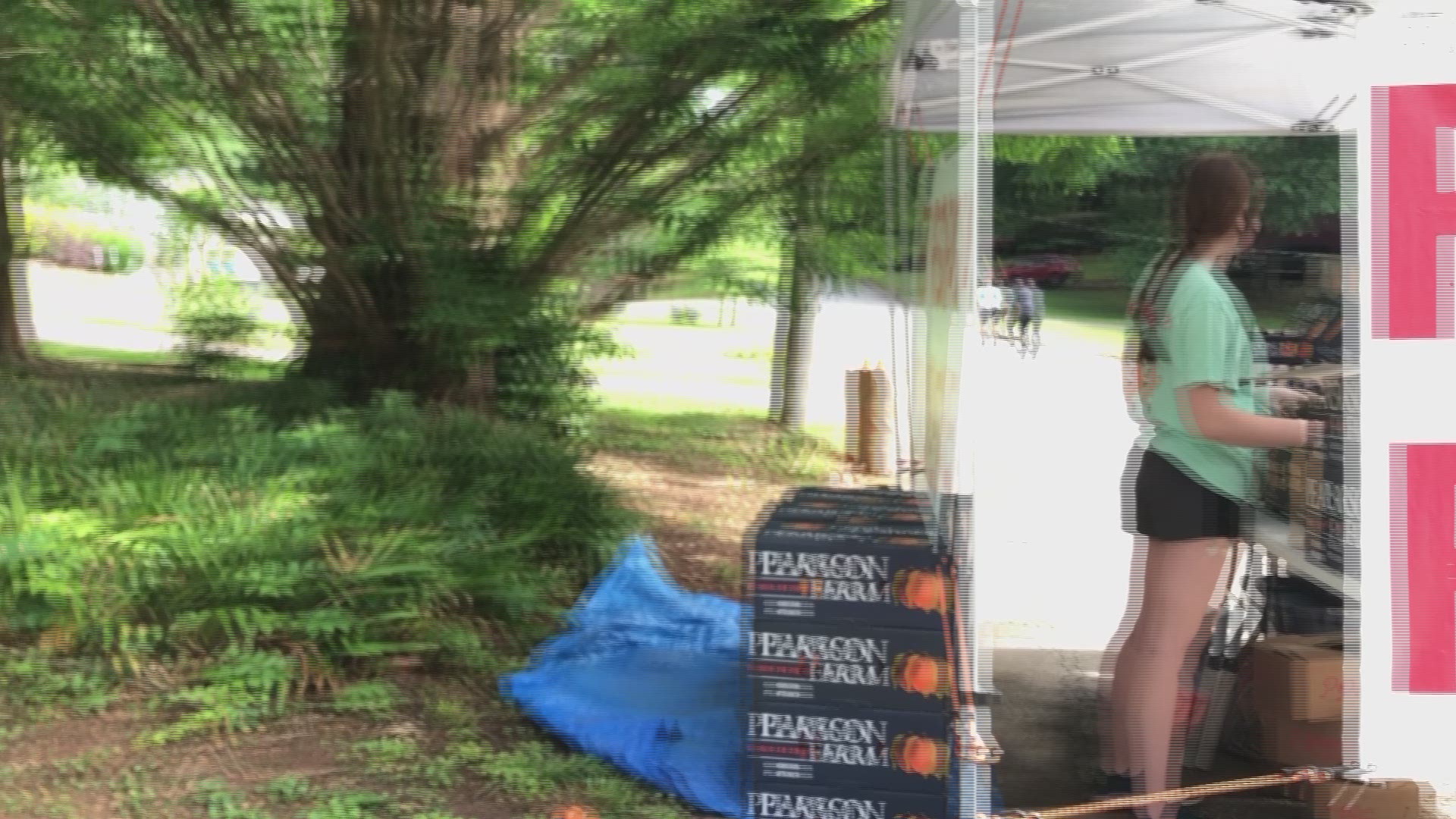 The East Atlanta Village Farmer’s Market is the oldest market in the Community Farmer’s Market network. However, a couple of months ago, COVID-19 put an abrupt end to most social gatherings, also disrupting residents' access to fresh and organic foods.

"When the virus started coming to Atlanta, our farmers' markets weren't happening. We wanted to be able to still get healthy food to our community and our neighbors” said Lauren Janis, founder of Big Daddy Biscuits. “This is the big shift and pivot is everyone saying of what's happening, and I want to be able to give back.”

The longtime East Atlanta resident recruited other market regulars to put together the first of what she called, Social Distancing Pop-Ups.

Janis hosted the first pop-up on March, 21 in her very own driveway, which is where it stayed for the next 10 weeks every Saturday from 10 a .m. until 2 p.m.

Vendor booths were spaced and pre-orders were highly encouraged.

The roster for the final pop-up was her biggest yet, including everything from organic soaps and home-baked bread to fresh peaches and blood orange mimosas.

Janis told My East Atlanta News that while she had no idea how the pop-up was going to turn out initially, she was sad that the pop-up on May 23 was the last one.

However, she mentioned that she would not be opposed to hosting them again should the need arise.