Despite the size of the fire, the quick work by first-responders meant no reported injuries. 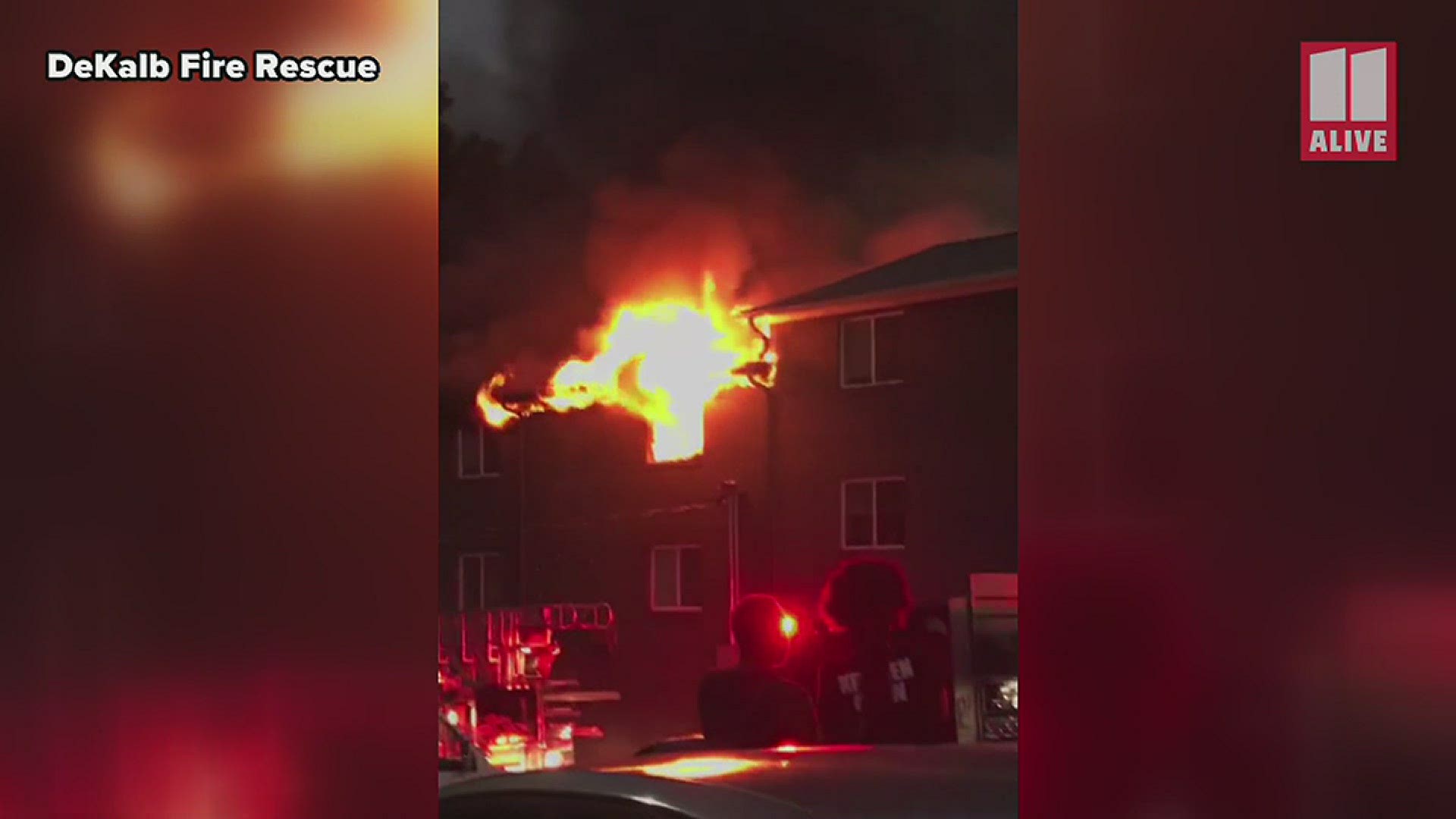 DEKALB COUNTY, Ga. — Between 25 and 30 residents in DeKalb County are safe but were forced out of their homes by an apartment fire on Friday night.

Fire Captain Dion Bentley said the call came in around 7 p.m. to the 2500 block of Flat Shoals Road. Company 20 arrived to find flames and smoke erupting from the second floor of a two-story building.

Despite videos showing a heavy blaze, the department was able to knock down the flames quickly and other units were able to search for and extinguish any other flare-ups.

The cause of the fire is still under investigation but authorities said there were no reported injuries.