Dymetra Pernell, the "Plant-based Princess" started out wanting to satisfy her own sweet tooth. Now, she serves the masses with her vegan desserts. 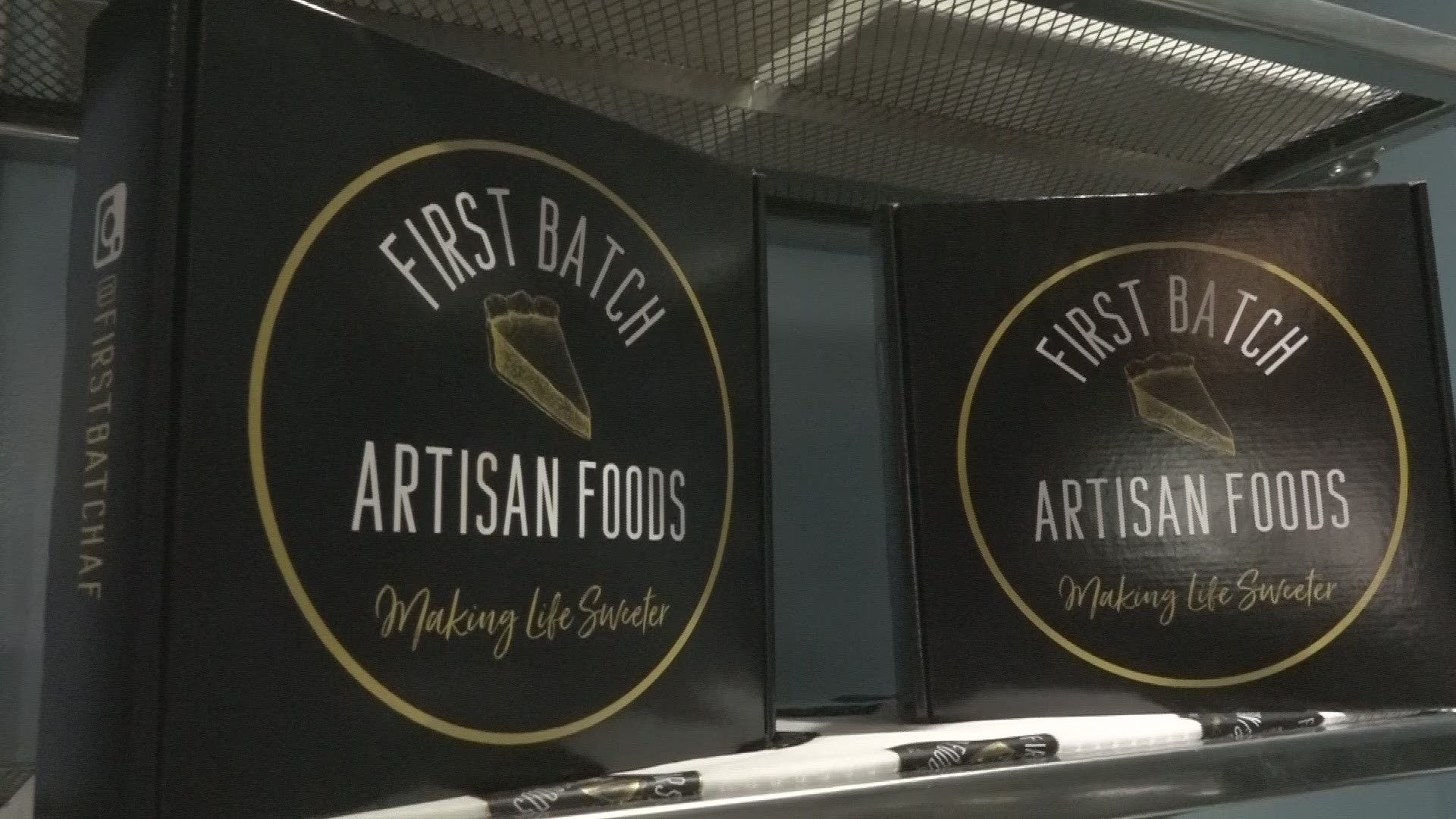 ATLANTA — An Atlanta-based vegan chef is serving dessert - without the guilt.

Dymetra Pernell, also known as the “Plant-based Princess”, is the founder of First Batch Artisan Foods, which is the only Atlanta-based restaurant that exclusively sells vegan ice cream and pastries. This is also the only Black-owned business of its kind in Atlanta.

First Batch Artisan Foods has a diverse menu of vegan desserts that includes peach cobbler and brownies in addition to ice cream.

“I was sick of sneaking off to Bruster’s and getting sick afterward, and I said, ‘I really need to do something about my cravings’.”

To satisfy her sweet tooth, Pernell developed her first batch of ice cream in her home.

Pernell said that the first batch of ice cream became a hit among friends and restaurant owners, and the name “First Batch” stuck ever since. Throughout her launch in the summer of 2018, she sold more than 3,000 pints of ice cream at the popular Atlanta gym E.F.F.E.C.T Fitness.

Pernell said when she first started, she wanted to target vegans but was surprised to learn that most of her customer base is not vegan.

“After people ate the ice cream and found they could eat it without the stomach ache and not feel any guilt, they loved it.”

Pernell is a doctor of naturopathic medicine and specializes in chronic disease prevention and reversal.

“People of color tend to die at a disproportionately high rate than other races, and it just became a thing for me to see what snacks or treats that I could provide that wouldn’t clog up arteries or send someone to the hospital,” she said.

The American Heart Association reports that obesity disproportionately affects African-Americans. Among non-Hispanic Blacks age 20 or older, 63 percent of men and 77 percent of women are overweight or obese.

First Batch Artisan Foods is currently located inside of Moods Music in Little Five Points. Pernell said she will be launching a restaurant in East Point in the spring.