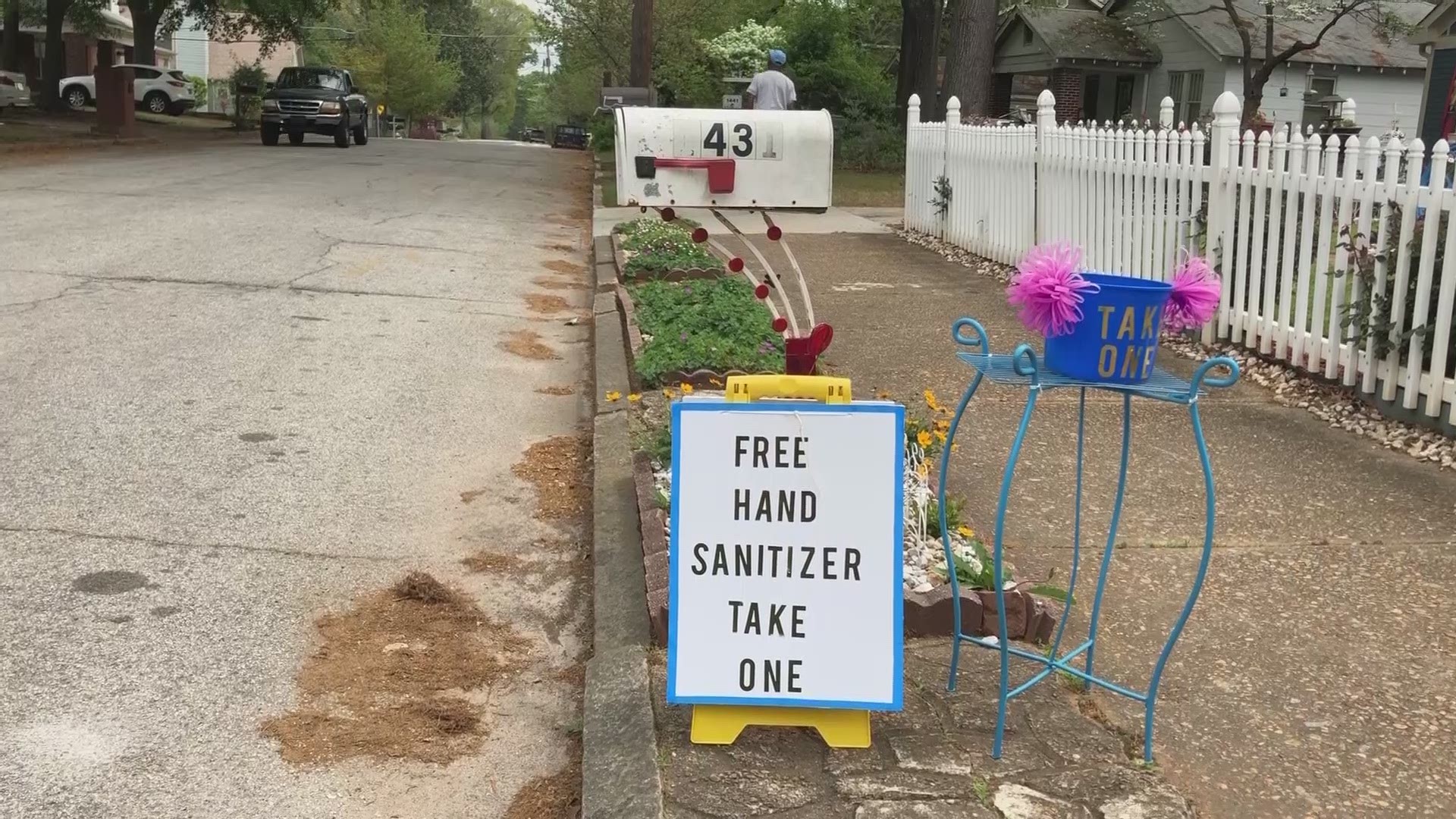 ATLANTA — As many residents settled into their third week of ‘sheltering-in-place,’ certain truths have revealed themselves.

‘Personal space’ has taken on a whole new meaning. Evenings are so much quieter without traffic and disinfecting and cleaning products are worth their literal weight in gold - or at least, they used to be.

As restless residents take their daily constitutionals around the neighborhood, they’re greeted by a quaint handmade sign sitting next to a bright blue pail on McPherson Ave.

That bright blue pail belongs to one Ms. Lenora Scott, a longtime fixture of the EAV neighborhood. Scott has been a resident of the Southeast Atlanta community for nearly 50 years.

She makes her sanitizer from her recipe of aloe vera, alcohol and a dash of lavender oil for aroma. Scott then labels each and every bottle before sealing them in individual plastic bags.

An avid gardener, Scott can often be seen tending to the flowers around her front yard where passerby's offered their salutation through appropriately distant smiles or waves.

When asked if she ever considered charging for the sanitizer, Scott had this to say to My East Atlanta News, “Whatever the spirit lead me to do, that’s what I’m going to do. I thought about a $1 a bottle but the spirit didn’t lead me that way.”

The soft-spoken septuagenarian also has a level of local acclaim as the unofficial gardener of the McPherson monument named after Union General James McPherson, which sits just a few houses down from hers.

Scott says that doing things to help people is in ‘her nature’ and that she does not have any plans on stopping her sanitizer side project any time soon.