The Anti-Defamation League says there has been an increase in Anti-Semitic attacks. As Jews gather to celebrate Hanukkah, an Atlanta rabbi hopes for a better future. 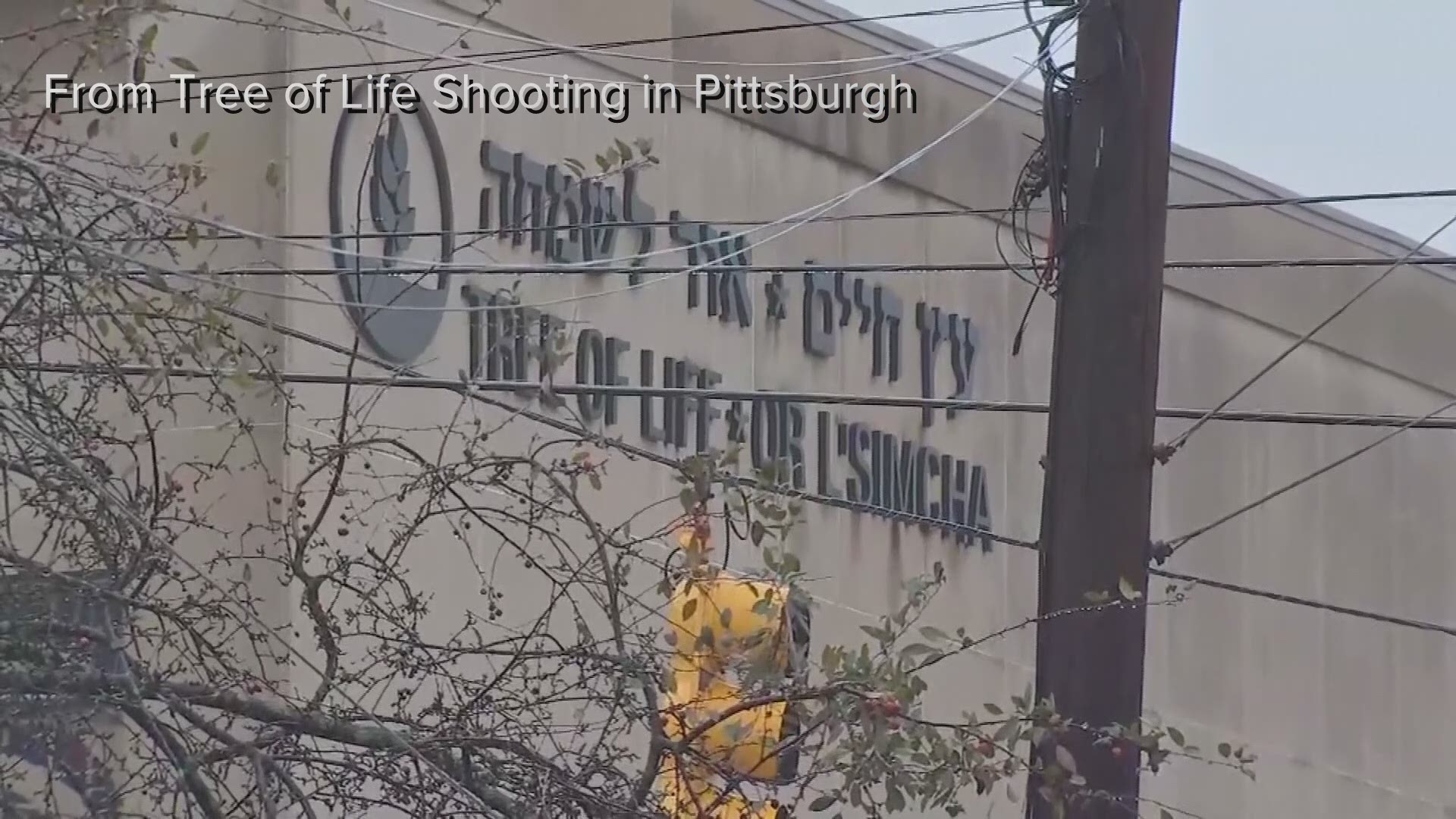 ATLANTA — Anti-Semitism is on the rise in America, according to the Anti Defamation League.

In a recent audit, the anti-hate organization found that there were a recorded 1,879 recorded anti-Semitic acts in the United States last year.

This includes “a dramatic increase in physical assaults, including the deadliest attack on Jews in U.S. history.”

Over the last year, there have been several attacks that target the Jewish community.

“There’s never been a time like this in this country from my memory,” said Ari Kaiman, who is the rabbi at Congregation Shearith Israel.

Jews around the world are gathering in synagogues and in homes to celebrate Hanukkah—a holiday that visibly communicates the message of their faith to the world.

“A little bit of light drives out a lot of darkness,” Kaiman said.

“To place a Hanukkiah (menorah) in the window and to show the world that we believe in miracles is a great mitzvah (commandment) so we encourage that,” he added.

The rabbis in the Talmud said the menorah lamp must be placed outside to publicize the miracle of Jews who survived an empire that wanted to destroy them.

“So, we light the menorah in our homes to remind us of the power of miracles,” Kaiman said.

Kaiman told 11Alive that the rise in Anti-Semitism has not stopped any of his congregants at Congregation Shearith Israel from lighting the menorah or attending services.

“We light the menorah every single morning and every evening in our congregants’ homes,” he said.

Though recent tragedies have proven to be difficult for Jews, Kaiman said that he remains optimistic about the future.

“I believe in the goodness of most people and I refuse to let the few who are acting out of fear, anger, and hatred to define what this country should be,” he said.

Man whose number was found on Jersey City attacker arrested