Anthony Ford is a senior at Drew High School and a member of the First Tee of Metro Atlanta. He will compete in the 2019 PURE Insurance Championship in Pebble Beach 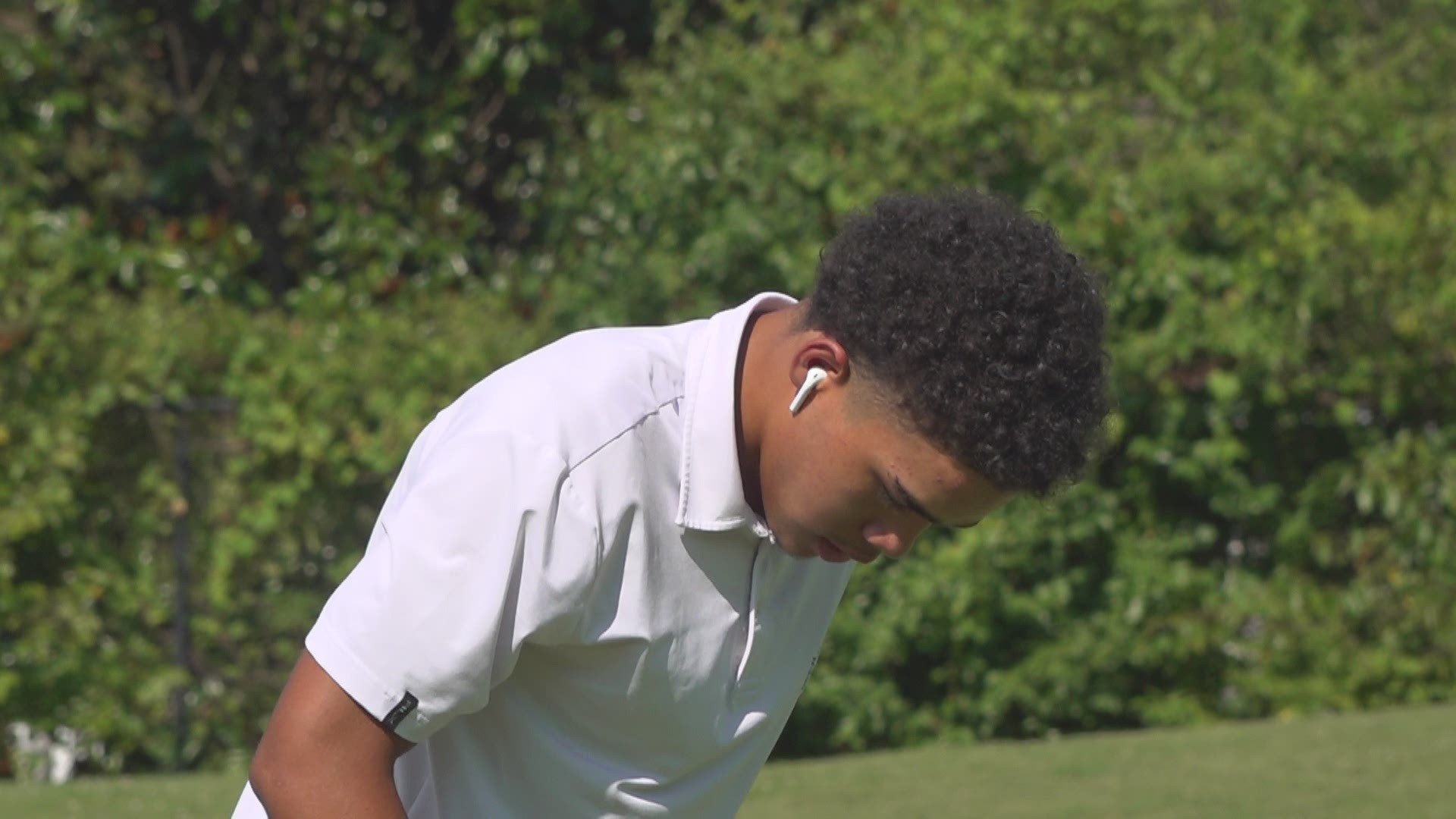 ATLANTA — A young Atlanta golfer is taking his talents to the national stage.

Anthony Ford is a senior at Drew Charter High School in east Atlanta where he is the captain of the school's golf team, the first all-black golf team team to win a golf championship in the state of Georgia.

Ford told 11Alive that he's been playing golf since the sixth grade and he is excited about the opportunity to be one of 78 youth chosen to compete at the world-renowned Pebble Beach Golf Links in September.

"It's been a long time coming," he said. "Charlie Yates [golf course] has been home since sixth grade and it's a wonderful feeling."

Ford's coach, Nyre Williams, said this competition is a great opportunity for students involved in the First Tee.

"This is like the number one event for students involved in the First Tee," Williams said. "It is a combination of your skill set because you get to play at the number one course in the country which is Pebble Beach."

According to the East Lake Foundation, the PURE Insurance Championship Impacting the First Tee is the only event of its kind where 78 First Tee teenagers from across the country are paired up with 78 PGA Tour Champions.

This is not the first time Ford attempted to compete in this highly-coveted competition, so he said that he is delighted to have his talents recognized in this way.

"It's definitely a milestone. I'm definitely going to tell my kids about it and I hope they will tell their kids," Ford said.

RELATED: They were the first school with an all-black golf team to win the state championship in Georgia. Now, their eyes are set on a national title.

He will head to the Pebble Beach Links in September to compete in the PURE Insurance Championship.

Upon graduation, Ford plans to play golf in college and pursue a career as a professional golfer.

RELATED: The South's first recording studio being demolished for a new hotel in downtown Atlanta