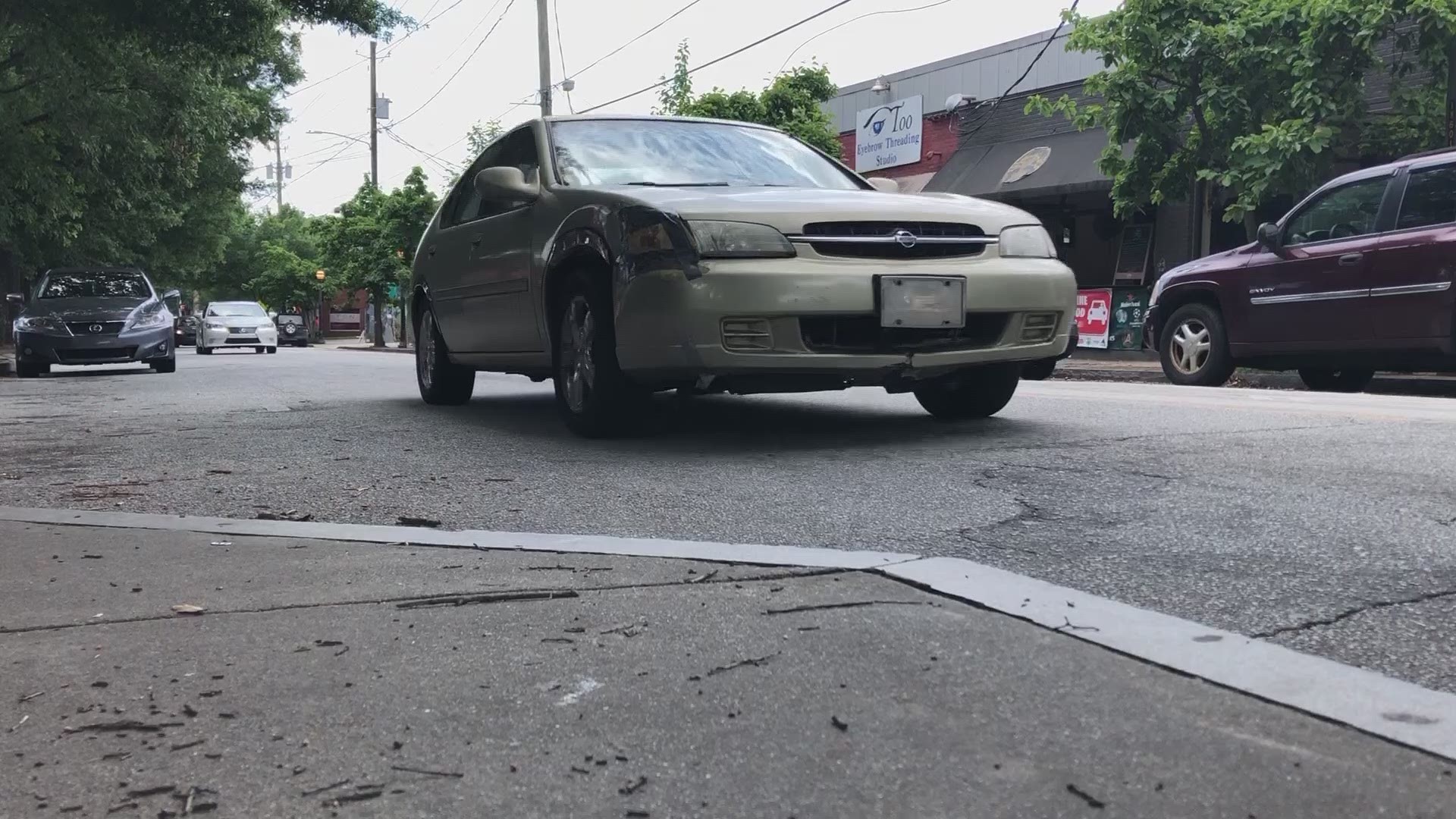 ATLANTA — Aly Ryan is somewhat new to the unique neighborhood of East Atlanta Village but she tells My East Atlanta News that she was charmed almost instantly by the eclectic, tight-knit community.

Ryan noticed that the adjacent neighborhoods like Ormewood Park and Grant Park had branded themselves with trolleys or sunbursts, respectively.

“Years ago I noticed, Ormewood Park had their trolley sign and Grant Park had their sunburst and I just thought that was a really neat way to symbolize community and neighborhood pride,” said Ryan.

“I was just wondering if East Atlanta would ever do something like that.”

After discussing it with several long-term community members and doing some research of her own, she discovered that her ‘village’ already had a mascot — four of them to be exact.

Her fiancé, Asa Burke, who studied mechanical engineering at Georgia Tech, reached out to the artist to had the greatest influence on the most majestic creature in the EAV pantheon - the dragon.

East Atlanta's dragon went by the name, Sang Bu and was the handiwork of then-local artist, Ryan Mathern. The sculpture which was never meant to become neighborhood totem quickly became one of the ‘unofficial’ mascots of the community.

Sang Bu resided for a couple of years in East Atlanta’s Brownwood Park before being relocated to the vacant lot owned by a local eatery, the Argosy.

Sang Bu has since gone onto greener pastures after getting sold and leaving the EAV with a dragon-sized hole in the community's heart.

Gareth S, who hand-carved the original dragon signs, has since relocated to New York City was happy to grant his blessing to the young couple in order to ‘continue’ his work, and thus the torch was passed.

“The first post we made about (the dragon signs) had almost 200 comments, so there was a lot of interest,” Burke said.

While the dragon signs crafted from actual wood, Burke utilized some of his engineering skills and perfectly re-created the original design in AutoCad and stepped up the manufacturing schedule by using a laser cutter to radically improve production time.

The affianced pair decided to play it safe with their initial run by only producing 30 dragon signs — they sold out the very first day.

Prospective buyers can pick from a raw, natural design or from a handful of pre-chosen colors. All dragons come with the chain loop and ready to be hung proudly in the place your choosing.

While the dragon signs have allocated space for numbers or letters, they do not provide the letters for you.

As a member of the East Atlanta Business Association, Ryan has already been talking to work out some type of donation, in order to give back to the community that’s inspired them so much.

The first run of dragon signs is scheduled to be distributed this weekend.  Although, interested parties can pre-order for the next batch.

For more information about the EAV Dragon signs, visit their Facebook page or click on this link to be sent directly to their online order form.