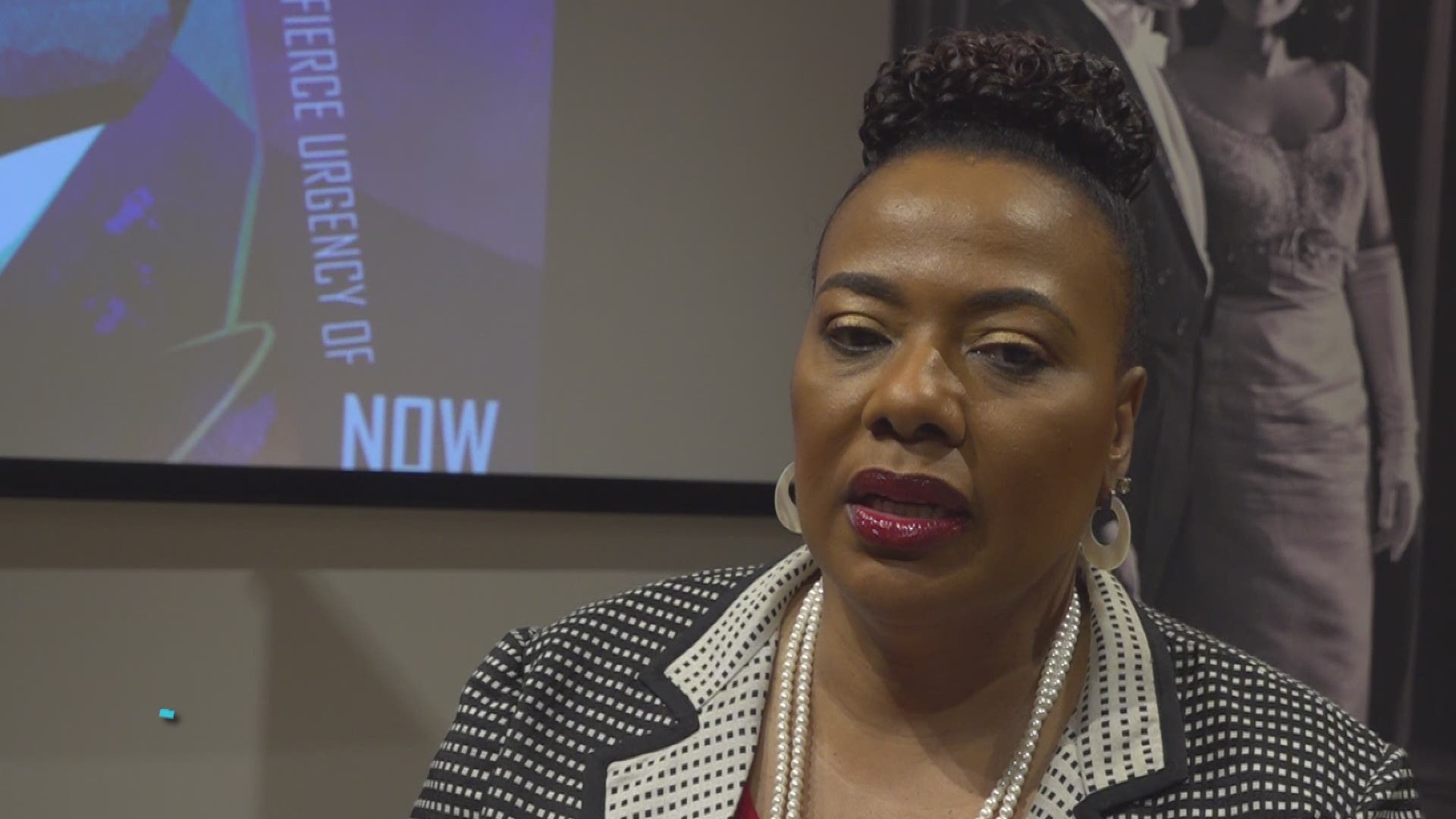 ATLANTA — The King Center is gearing up to celebrate the life and legacy of Atlanta’s own Dr. Martin Luther King, Jr.

In honor of Dr. King’s 91st birthday on Jan. 20, the King Center is hosting events throughout Atlanta leading up to that special day.

The Reverend Dr. Bernice King, the King Center’s CEO and Martin Luther King’s daughter said that this year’s theme is “The Beloved Community: The Fierce Urgency of Now.”

“The ‘beloved community’ operates out of unconditional love. It’s not about who deserves anything,” King said.

“It’s about all human beings having this inherent worth and value,” she added.

Every third Monday of January, the United States celebrates “MLK Day.” It became a federal holiday in 1983.

“It’s not a day off, but it’s a day on,” Bernice King said Thursday at The King Center.

Throughout the country, individuals and non-profit organizations will join to participate in community service work. This is in honor of Dr. King’s emphasis on service.

The King Holiday Observance Week will run from Jan. 10-Jan 20. The events are as follows:

Jan. 14: Students with King at the King Center

For more details on these events, visit The King Center’s website.

On this date in history: December 1, 1955, Rosa Parks refused to give up her seat