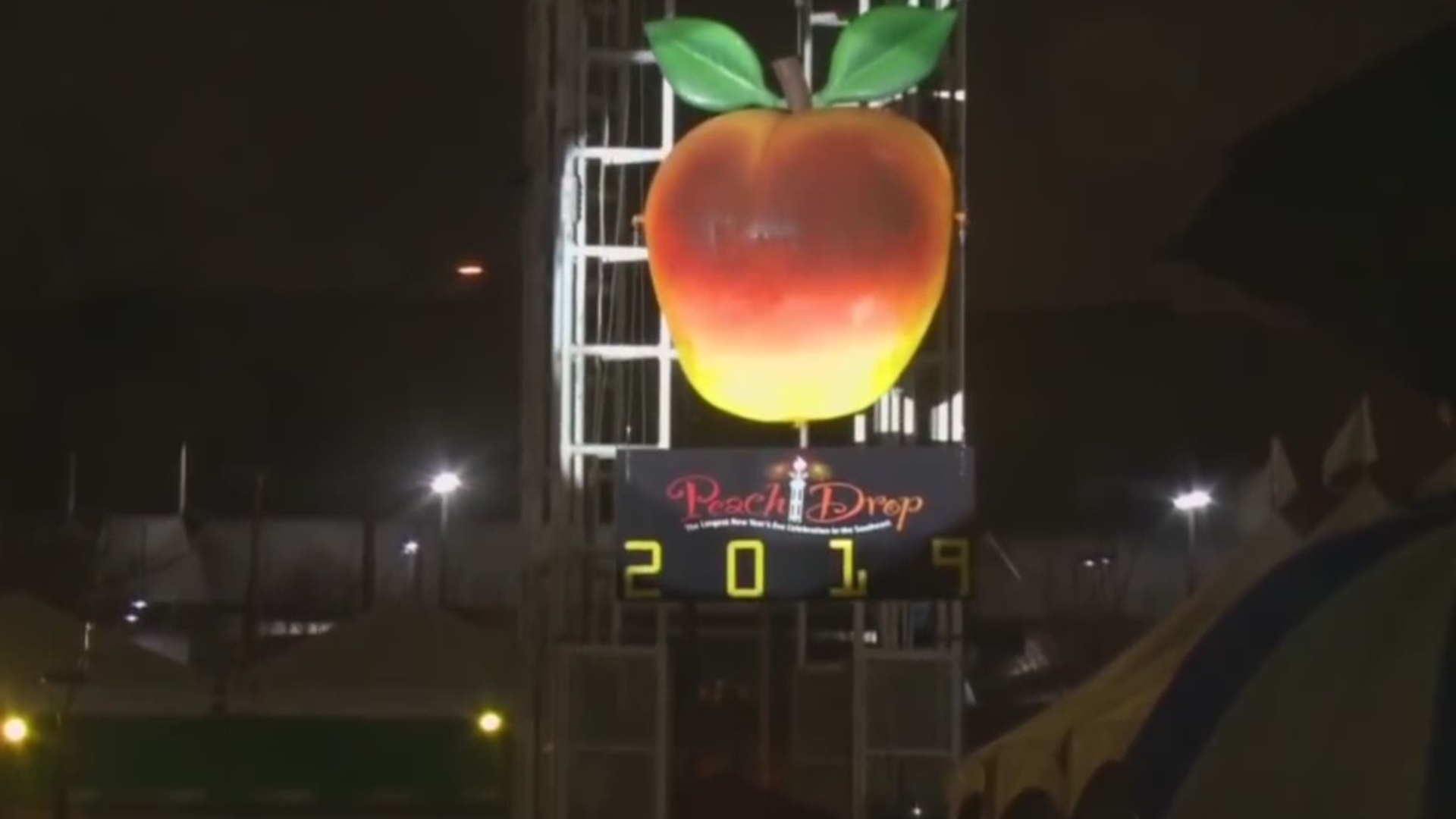 ATLANTA — For the first time in 30 years, the annual Peach Drop will not be happening in Atlanta - and that's bringing concern of an influx of party-goers to smaller events in the area.

The popular event was called off by Mayor Keisha Lance Bottoms on Nov, 6. The most recent location for the event was at the Underground in downtown Atlanta where it reportedly drew crowds in excess of 100,000 people.

In the absence of the Peach Drop, nearly 100,000 Atlantans will have to find some other place to celebrate the arrival of 2020, and therein lies the dilemma.

While there are private events aplenty, there are only two locations that offer anything open to the public. Ponce City Market, which hosts a rooftop fireworks show or the NYEAV Rooster Drop.

With the cancellation of the Peach Drop, the East Atlanta Village-based event became the only public ball drop within the city. This is when the producers of the event said they became concerned. Located less than five miles away from the Underground, it stands to reason that the EAV event would attract a fair number of residents looking to celebrate.

Only in its fourth year, the attendance has grown steadily but the quaint neighborhood of East Atlanta would not be able to handle thousands of displaced party-goers.

“So, we’re about 4 days away and we are in social awareness," NYEAV 2020 co-producer Jonathan Barhite said. "Thirty times what last year was. We expect will be six-seven times last year’s number in terms of potential people that want to come.”

That’s a problem. In the void left by the Peach Drop cancellation, the producers of the NYEAV event noticed an immediate and drastic uptick in social media traffic. Unlike holidays like Thanksgiving or Christmas, which are typically spent and home with families, New Year’s Eve is often celebrated out of the house.

This was of definite concern to Nate Minor, co-producer of the event and an EAV business owner.

“What we want to do is just make sure that they’re aware and able to provide us with a safe environment for everyone to have a good time, even with the increase in growth,” Nate said.

City officials like District 5 councilmember Natalyn Archibong have been made aware of these concerns.

“According to my conversations with the police, the indicators are that people will more than likely head over to an area like Ponce City Market for fireworks," she said. "It’s important to be prudent but with an intimate gathering such as NYEAV, the data doesn’t support that kind of action.”

The producers of NYEAV 2020 are cautiously optimistic that the potential for that many more attendees doesn’t impact the event in a negative way.

For more information about the NYEAV 2020 Rooster Drop event, visit their website.