This 1920 building is the site where Fiddlin' John Carson recorded the first country music 'hit song.' 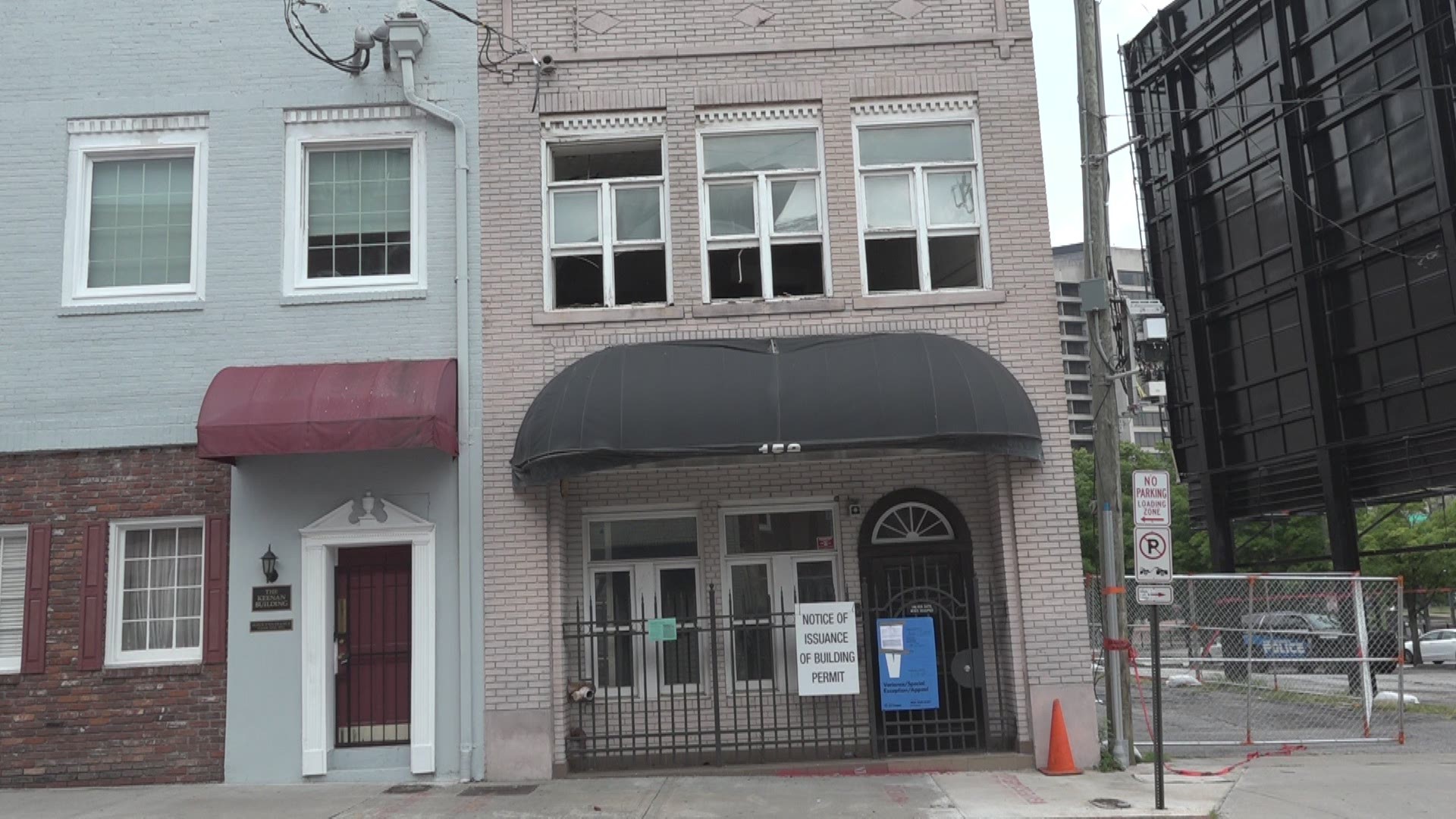 ATLANTA — Plans are moving forward to demolish a historic Atlanta site to make room for a Margaritaville Hotel.

The new resort will replace recording studio on Nassau Street where Fiddlin' John Carson, a Cabbagetown resident, recorded what is considered to be the first country music song featuring vocals and lyrics in 1923.

The studio lasted for less than a year, according to this website that details the history of this building.

In June 1923, New York-based Okeh records moved into this empty warehouse to record hits, "The Little Log Cabin in the Lane" and "The Old Hen Cackled."

Other artists such as the Morehouse College Quartette, Fannie May Goosby and Lucille Bogan recorded in this studio as well.

The Myrtle Beach-based developer, Strand Capital Group, obtained permits to build on this piece of land in 2017.

11Alive reached out to the developer, but they were not available for comment.

Tim Keane, a commissioner in the Department of City Planning with the City of Atlanta, said this new construction is a challenging deal. To avoid a lawsuit from the developer, the city made an agreement.

"Originally, the developers wanted to tear down these buildings to build a single-story Margaritaville restaurant. The city did not want that. We designated the buildings as historic," Keane said.

"The owners challenged us and in the agreement that was reached, they could take down the [historic] buildings, build a taller building and put the restaurant in the bottom floor. It's not what we wanted because we wanted the building saved."

Kyle Kessler, an architect and opponent of the demolition of this historic landmark, said this is a real loss for Atlanta history.

"When we finally learn about its history and someone is intentionally knocking it down, it's about the saddest thing you can imagine," said.

In protest, Kessler purchased a vintage Victrola, stood outside of the studio and played some of the music previously recorded in the studio.

11Alive spoke to members of the surrounding businesses and not everyone is an opponent of this new construction.

Two local barbers are looking forward to this new resort.

"I think the new Margaritaville is an exceptional addition to the downtown area," Ryan Kay said.

"Ain't no money being made over there right now, so I guess they got to tear it down," Brandon Duncan said.

Commissioner Tim Keane says the demolition of this building is unfortunate because of Atlanta's rich history and place in the music industry.

Ideally, Keane and Kessler told 11Alive that they would have liked to see these buildings preserved, even incorporating them into the Margaritaville development if possible.

Keane said that would have increased the long-term value of this project.

"Rather than renovating existing buildings, we're going to demolish these historic buildings. It just seems at odds at what we want to claim Atlanta is about," Kyle Kessler said.

Kessler's Change.org petition has received more than 8,000 signatures as of Wednesday.