Tim Tebow volunteers in Atlanta ahead of the SEC Championship

Tebow told 11Alive that UGA definitely has a chance at winning the SEC Championship Saturday against LSU. 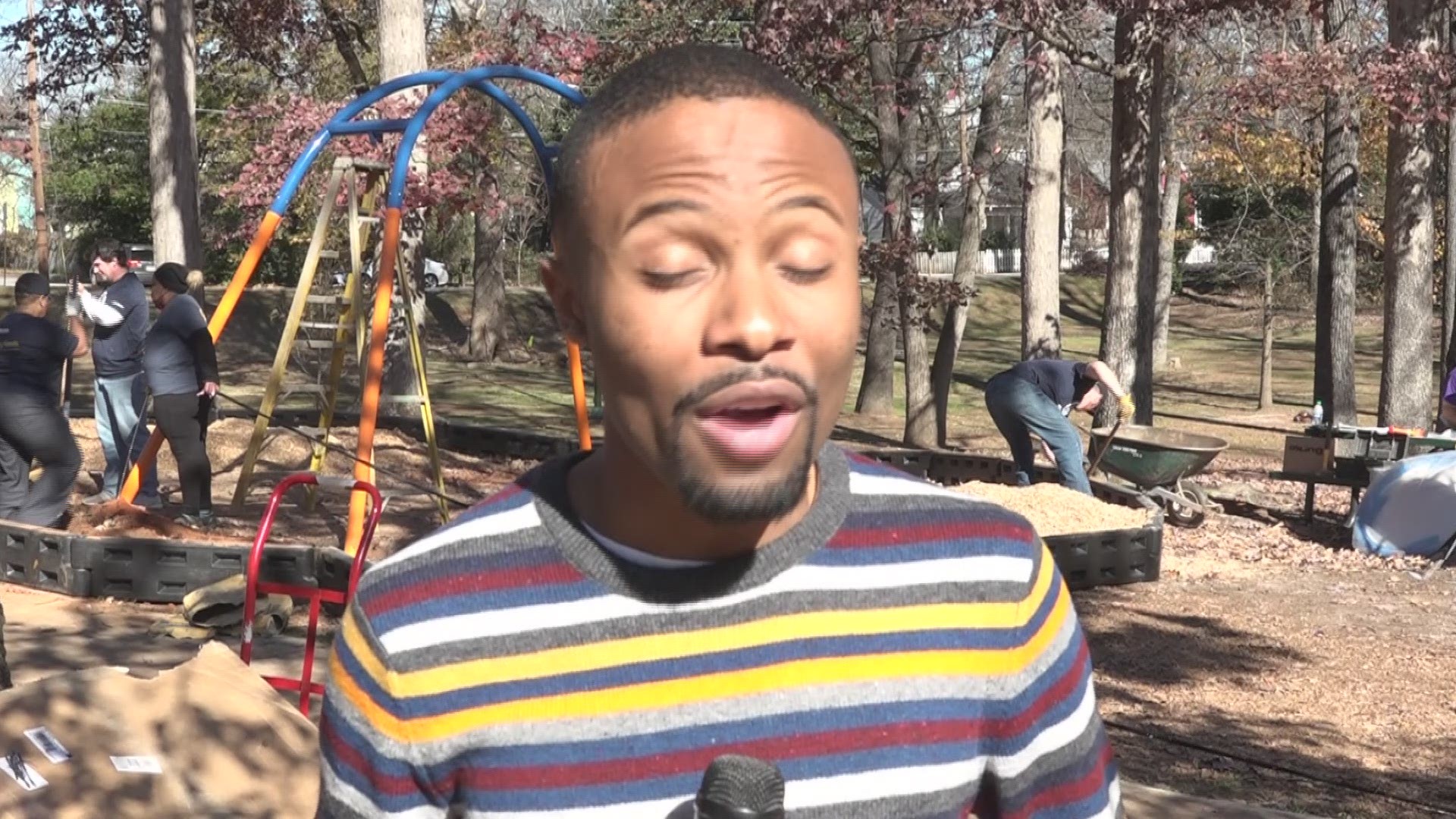 ATLANTA — The highly-anticipated SEC Championship is just a few days away.

That is when top football contenders LSU and UGA will square off in front of tens of thousands of roaring fans at the Mercedes-Benz Stadium and millions more watching across the country Saturday afternoon.

Ahead of the big game, volunteers from Allstate Insurance gave back to Atlanta’s youth with one of football’s biggest icons, Tim Tebow.

The former NFL quarterback worked alongside volunteers on Thursday to help build a new playground at the East Atlanta Kids Club, which is an organization that provides after-school care to under-resourced youth.

“For one of these teams, they’re going to be champions at 7:30 Saturday night, but that championship is going to rust and people are going to forget about it,” Tebow said to the crowd of volunteers.

“But it doesn’t mean as much when you’re able to change a life for the better,” he added.

More than 50 volunteers participated in the build. Throughout the afternoon, Tebow and fellow volunteers shoveled mulch and beautified indoor classroom space.

This is Allstate’s 15th year supporting college football and doing so through community service initiatives. They said they will also donate new football gear to the East Atlanta Kids Club.

As for Saturday’s UGA-LSU matchup, Tebow said he's excited and said UGA certainly has a chance at winning the game.

“Without a doubt,” he said.

The SEC Championship is Saturday, Dec. 7 at 4 p.m. at the Mercedes-Benz Stadium in Atlanta.