The brainchild behind the popular 'Catlanta' tells 11Alive what inspires him to do this work. 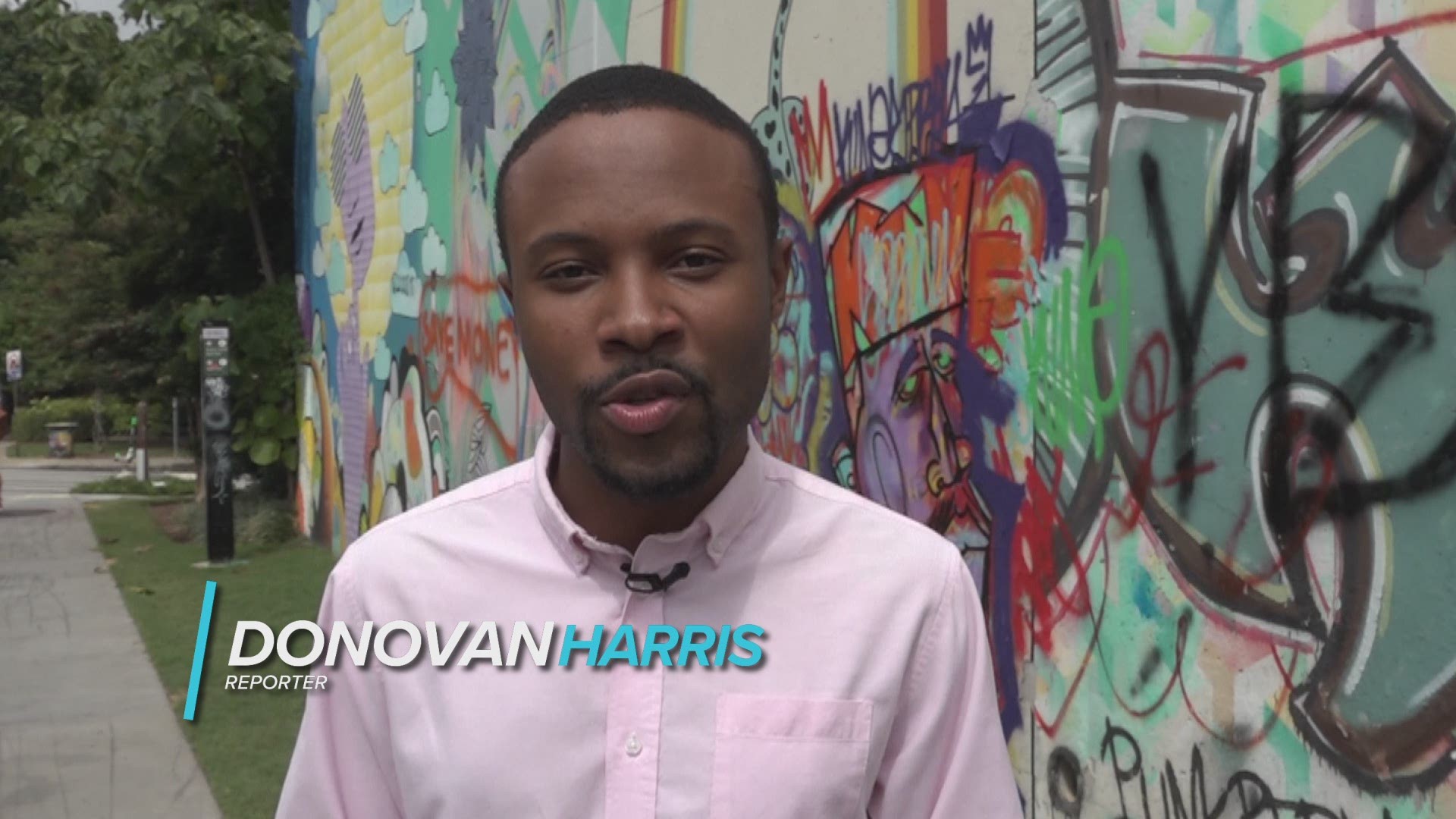 ATLANTA — One artist has a large fanbase for making his mark in Atlanta's streets with cat-based art.

Rory Hawkins, an Atlanta native, is the mastermind behind the popular 'Catlanta.' Hawkins graduated from Georgia State University in 2010 where he studied studio art.

Hawkins told 11Alive that his experience as a student at Georgia State helped to birth the Catlanta phenomenon.

"I had doodles in sketchbooks that I had at Georgia State and folks reacted to them. They thought the designs would look good on a t-shirt," he said.

Since 2011, Hawkins has been painting cats throughout the city.

To date, Hawkins said that he has completed 15 to 20 murals in the city, however many have been covered up over time.

Catlanta is highly popular for its random 'art drops' and has a large social media following, touting more than 15,000 Instagram followers and 9,000 Facebook likes.

Hawkins hand paints a wooden cat figurine, leave it in an obscure location and post a picture of it to social media.

Catlanta followers across the Atlanta area will go on a 'scavenger hunt' to find one of these coveted cat figurines.

Many of these followers have their social media notifications turned on so they are first to know when Hawkins leaves one of his hand-painted cats in a location.

She knew exactly where to find the wooden cat based on one of Hawkins' other murals in the background.

"I got the notification, immediately jumped in my car and came straight here," Tilson said.

Hawkins told 11Alive that he has created thousands of these colorful, wooden cat figurines.

He finds great joy in knowing that people love his art.

"I'd rather have a thousand pieces of art that people care about than a thousand of pieces that I don't have anything to do with."

Hawkins told 11Alive that he eventually hopes to do a solo show and pop up shop.