An elementary school student is selling homemade pies, then donating the money to a local non-profit. 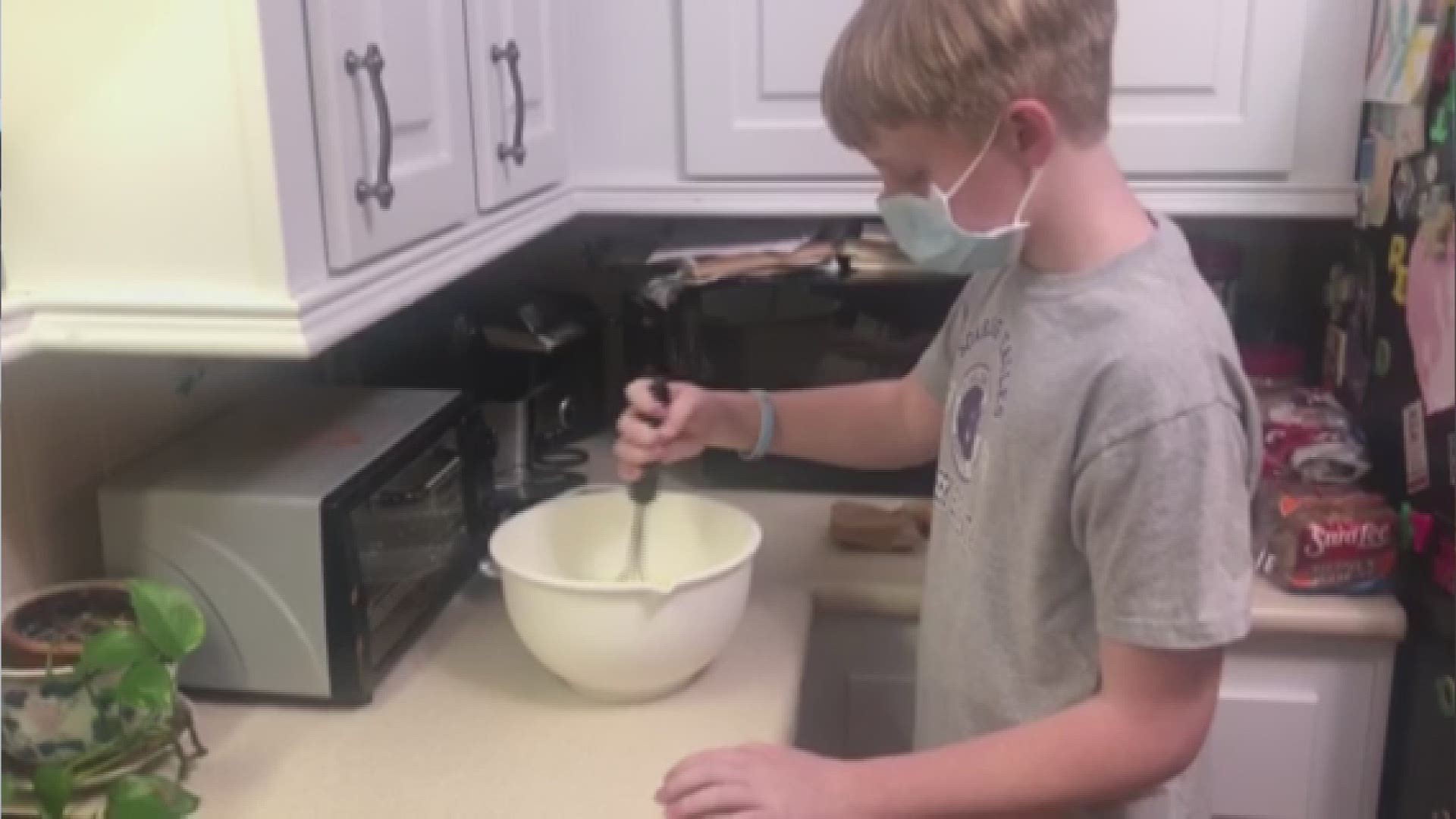 EAST COBB, Ga. — 11-year-old Owen Lambert is a 5th-grade student at Sope Creek Elementary. Like every other student in the area, he’s been stuck at home for the past few weeks. But Lambert said he’s been enjoying his virtual classes.

“I've been doing well in school, and it's fun actually getting to do everything online,” he said.

When he’s not engaged in the online classes, Lambert is in the kitchen – or at least he has been for the past couple weeks.

“Me and my mom have been baking pies together,” he said. “Eclair, chocolate mousse, and chocolate chip.”

Owen sells the homemade pies to people in the neighborhood for $12 each. In just 10 days, he was able to make and sell 63 pies, he said, for a grand total of $756. According to his mom, Michelle, many of the customers also added a nice tip when they learned where the money was going.

“It all goes to MUST Ministries,” Lambert said.

All told, he raised $950. His family rounded it up to $1,000 and wrote a check to MUST Ministries over the weekend.

Lambert said the idea for this actually originated 15 years ago before he was even born.

“When Hurricane Katrina hit, my oldest brother wanted to sell pies to raise money for people in need,” he said. “And so I wanted to follow in his footsteps and do that as well. This is another situation where people are in need.”

Lambert said he will be making and selling pies again over the next 10 days, and all the proceeds will go to MUST Ministries. Anyone wanting a homemade pie can order through his mom’s Facebook page. Just don’t ask for the recipe.

“The ingredients are a family secret,” he said with a laugh.