Chalktoberfest is now in its 6th year, and organizers say the international event continues to get bigger. 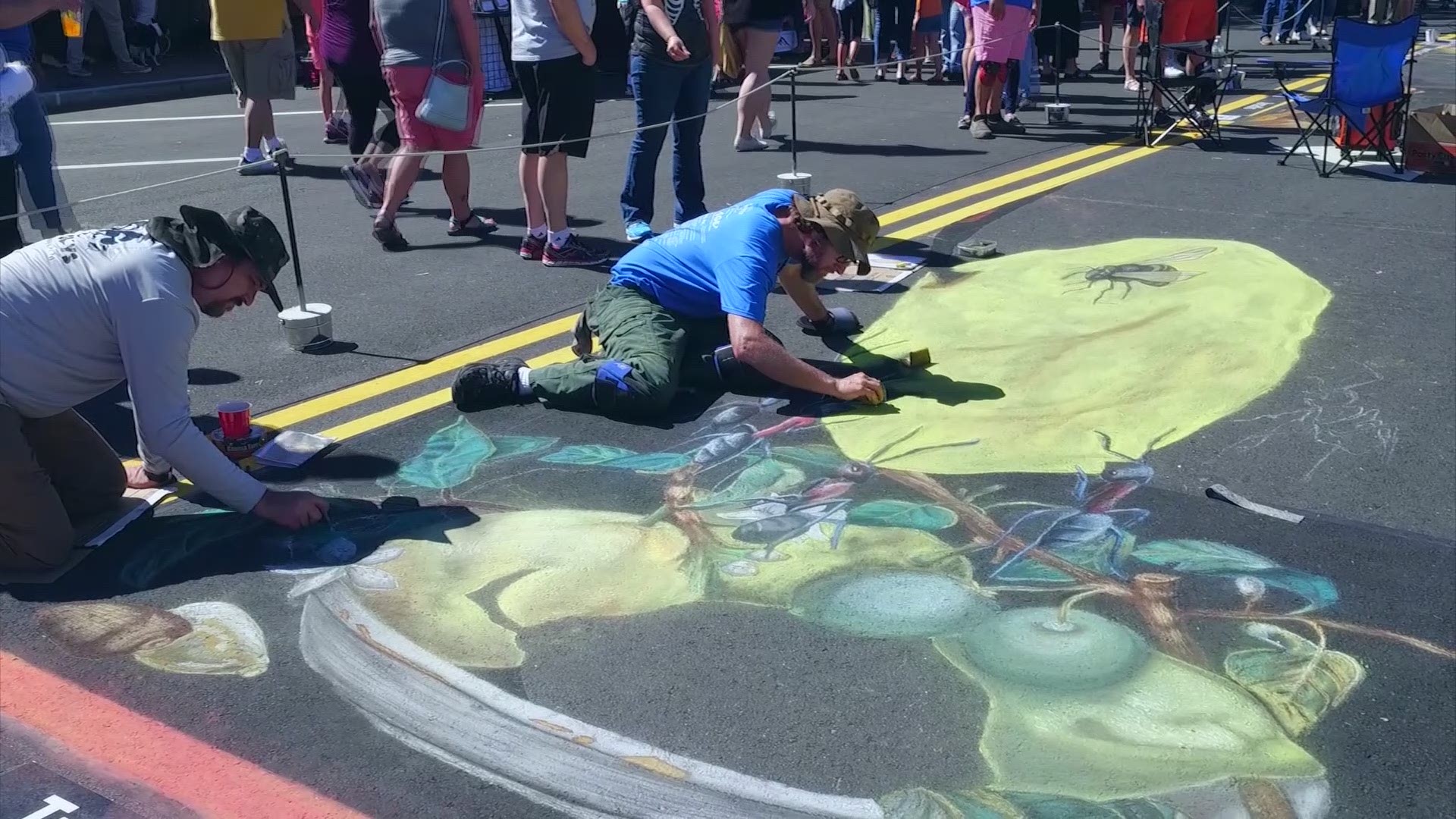 EAST COBB, Ga. — August 1st was important for a couple of reasons in Cobb County. Children returned to school, and Chalktoberfest tickets went on sale.

For anyone not familiar, Chalktoberfest is a huge event in downtown Marietta. The square is completely closed down, and chalk artists from around the world create masterpieces, using the street as their canvas.

“It's amazing what they can do in two days,” event coordinator Sally Macaulay said. “You think sidewalk chalk at first, but once you come, you realize what an incredible event it is and how talented these artists are.”

Macauley is the executive director of the Marietta Cobb Museum of Art, and Chalktoberfest is their biggest fundraiser of the year. She says the idea for the festival came from a similar event in Florida.

“I had a board member whose parents lived in Sarasota, Florida and they had a huge festival down there called the Sarasota Chalk Festival, and he suggested I go down there,” Macaulay said. “In talking with the organizer down there, I found out that it brought an economic impact of $10.2 million to the city of Sarasota. I thought ‘I can so bring this to Marietta’ and went to the city council and told them what I wanted to do and got approval for the streets being closed, and I basically started bringing the artists in.”

She says the economic impact to Marietta in 2018 was $6.2 million – not too bad considering that was only the 5th year for the event which started with just 20 artists.

“Last year, we had 104 artists from 5 countries,” Macaulay said. “We decided to cut the artists back this year because we were having to go down side streets. So I've cut it back to 90 artists so that they can all be around the square this year.”

The annual event, which will take over the downtown area on October 12 and 13, also involves a craft beer festival.

She says this year’s artists come from Ukraine, the Netherlands, Italy, Argentina, Mexico, and 18 states in the U.S. There are also five local artists.