A mother-daughter team is covering a lot of ground in Cobb County, after the daughter became interested in community service projects. 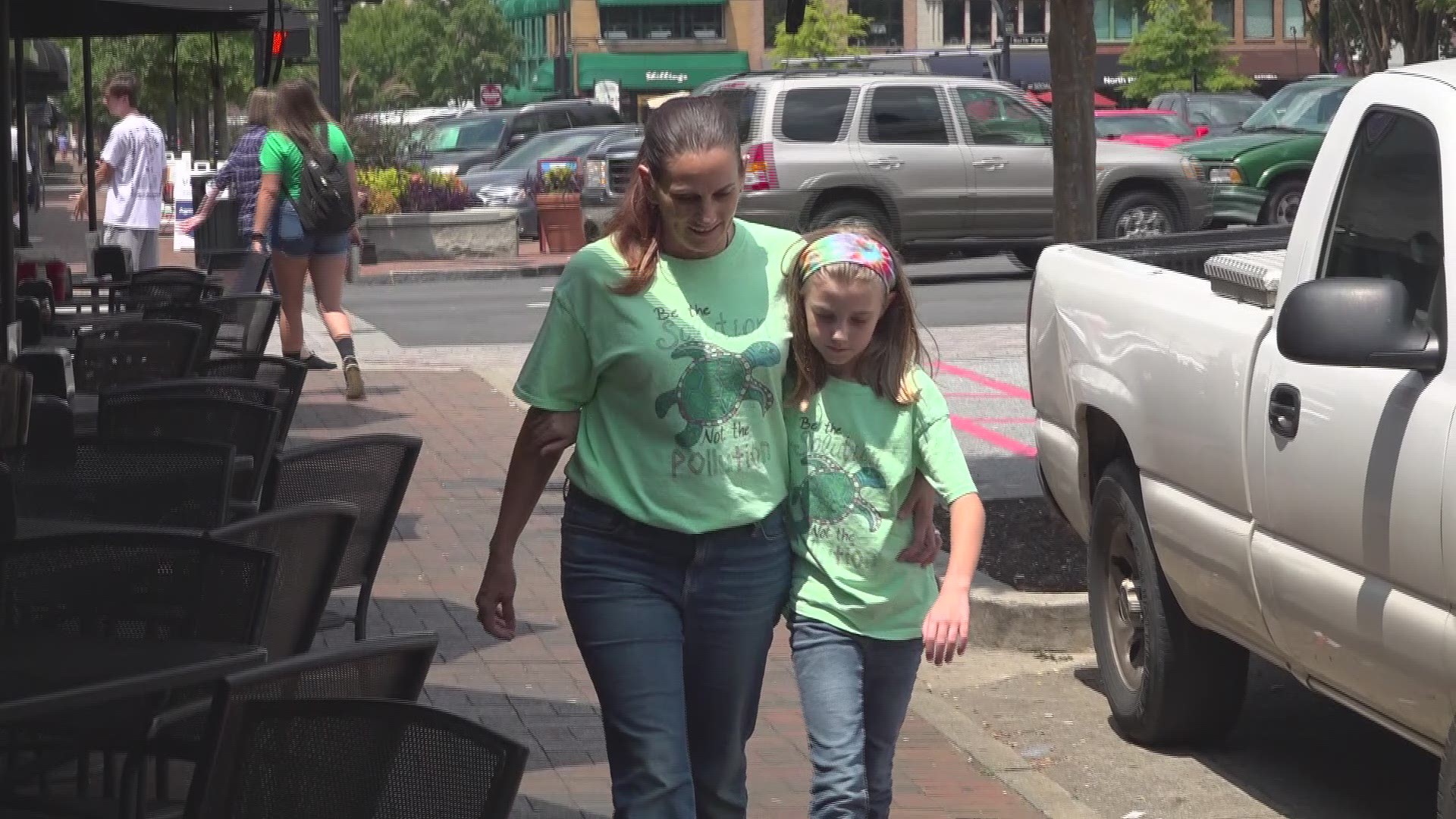 “The kids have some really fantastic ideas that we as adults may not be quite tuned into, so taking their thoughts and ideas and the way that they look at the world, that's kind of turned into a new platform that I wasn't expecting,” Amie said.

It all started when Jaida made an acrostic poem using the word KIDS.

“She said it stood for Kindness In Doing Service, and I thought ‘wow, that's really awesome,’” Amie said, “She explained that she wanted to get a group of kids together and do community service that was kids ideas, not what adults told them to do.”

They eventually added the word CARE, which stands for Connecting And Respecting Everyone. The first official KIDS CARE project was a book drive in which Amie and Jaida successfully collected over 1,000 books, then donated them to local organizations including Vietnam Veterans of America, Books for Africa, MUST Ministries, and the Center for Children and Young Adults.

“Our next thing that we did was actually in the Marietta square and it's called Project Straw-Over,” Jaida said. “We were trying to get people not to use plastic straws on St Patrick's day, and we actually gave 3,000 straws.”

The straws, which were donated by Eco-Pliant, were distributed to businesses in downtown Marietta, in an effort to reduce the amount of plastic that ends up in the ocean.

Other projects have involved cleanup efforts in local parks and creating holiday cards for soldiers overseas. Jaida continues to come up with ideas and is now recruiting others to help out.

“We are going to do something helping animal shelters, and we've sort of been leaning toward helping farm animals,” Jaida said. “I also want to, around homeless children's birthdays, just go and surprise them and give them gifts. Around Christmas, people are willing to donate, but they pretty much forget about their birthdays.”

To learn more about KIDS CARE and how you can get involved, CLICK HERE.