A local author is donating his new novel to frontline workers battling the coronavirus. 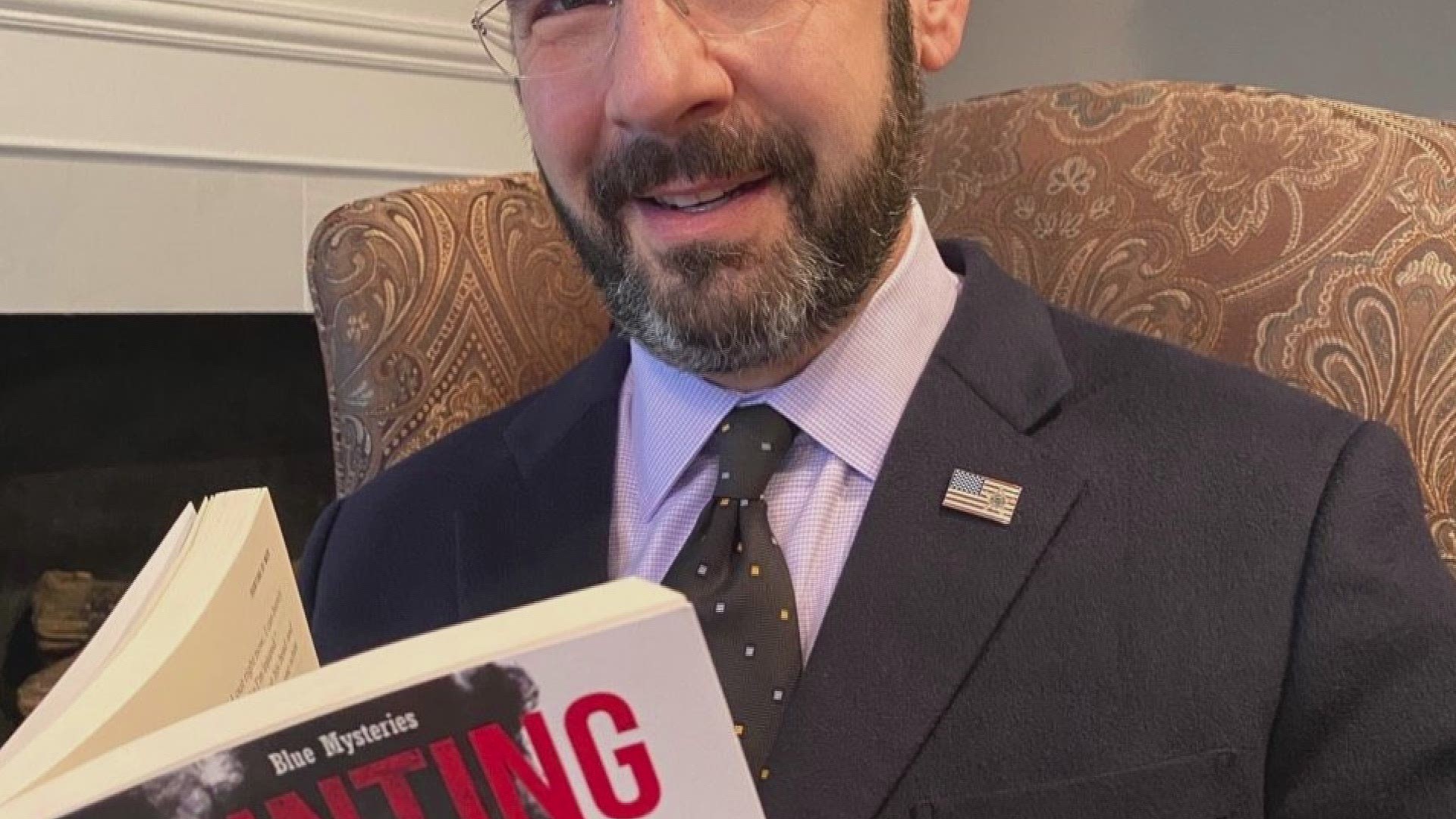 EAST COBB, Ga. — In his 30+ years in Cobb County, Lance LoRusso has worn many hats.

“For about 12 years, I worked in law enforcement,” he said. “I was a street cop, a trainer, a hostage negotiator.”

He’s also a former investigator for the Cobb County Solicitor General’s Office, and he’s currently the owner of LoRusso Law Firm. In addition to his already impressive resume, LoRusso is also an author who recently published his first full-length novel, Hunting of Men. The book is one of many included in a program titled “Authors Adopt Heroes.” In this program, authors are connected with medical professionals who are interested in certain genres. In this case, LoRusso was put in contact with frontline workers interested in mystery novels.

“When we reached out, they provided the names of two people,” he said. “One is a nurse, the other is a Navy corpsman who's working in a civilian hospital. And it told us a little bit about them, so I was able to write a little handwritten note in the book and send it out to them. We have received notice that they have received it. Now it will be even better if they actually like it. So that's the cherry on top.”

This may be LoRusso’s first full-length novel, but it’s certainly not his first time writing.

“I've written an anthology of short stories called Parallax which is soon to be out on audiobook,” LoRusso said. “We're working on the audiobook for Hunting of Men. Right now, it's in paperback and eBook, but I've written three non-fiction books. One is called When Cops Kill, and the other is called Blue News. When Cops Kill is about officer-involved shootings. I've represented close to 100 officers in officer-involved shootings and critical incidents. Blue News is about the intersection of law enforcement and media.”

LoRusso also has a nonfiction book titled Peacemaking about an officers walk with Christ, he said, and his new book coming out next month is titled Firefighters in the Hot Seat which is about internal affairs investigations.

“All the profits from Peacemaking, Firefighters in the Hot Seat, Blue News, and When Cops Kill support law enforcement charities,” LoRusso said. “To date, we've donated about $28,000.”

He said he’s honored to be part of “Authors Adopt Heroes,” and he’s really hoping the book helps the readers escape from the chaos of working in a hospital.

“The book is about 400 pages, and it goes through a great deal of detail for actually how crimes are solved,” LoRusso said. “The feedback I've gotten is kind of neat on both ends of the spectrum. I've gotten the feedback from civilians who have never worked in law enforcement saying ‘there's a lot that I learned.’ And then from one cop there's a review on Amazon. He's worked 40 years as a law enforcement officer and said ‘this is the real deal, this is how it really happens.’ The characters of the book are real. The cops are funny. Some of them are very serious. Some are quiet, some more outgoing. I knew one cop who used to go home at night and paint. That was his escape. My wife pointed out that the female characters in the book are very strong characters, and they're a lot like the women that I was fortunate enough to work with. They are professionals, they are dedicated, and they are just relentless in representing the department and also looking out for victims.”

When asked about the possibility of becoming a full-time writer, Russo said no, he loves practicing law too much.

“Writing is very much my escape,” he said. “I would love to do it full-time, but I really, really enjoy practicing law, and one of the reasons is I get to represent heroes every day. I represent a lot of police officers, firefighters, EMTs, 911 operators, the people on the front lines who are really taking care of us. So it's work, but it's our honor to be able to represent them.”