Downtown Marietta was full of people on Monday for the annual Veterans Day parade and ceremony. 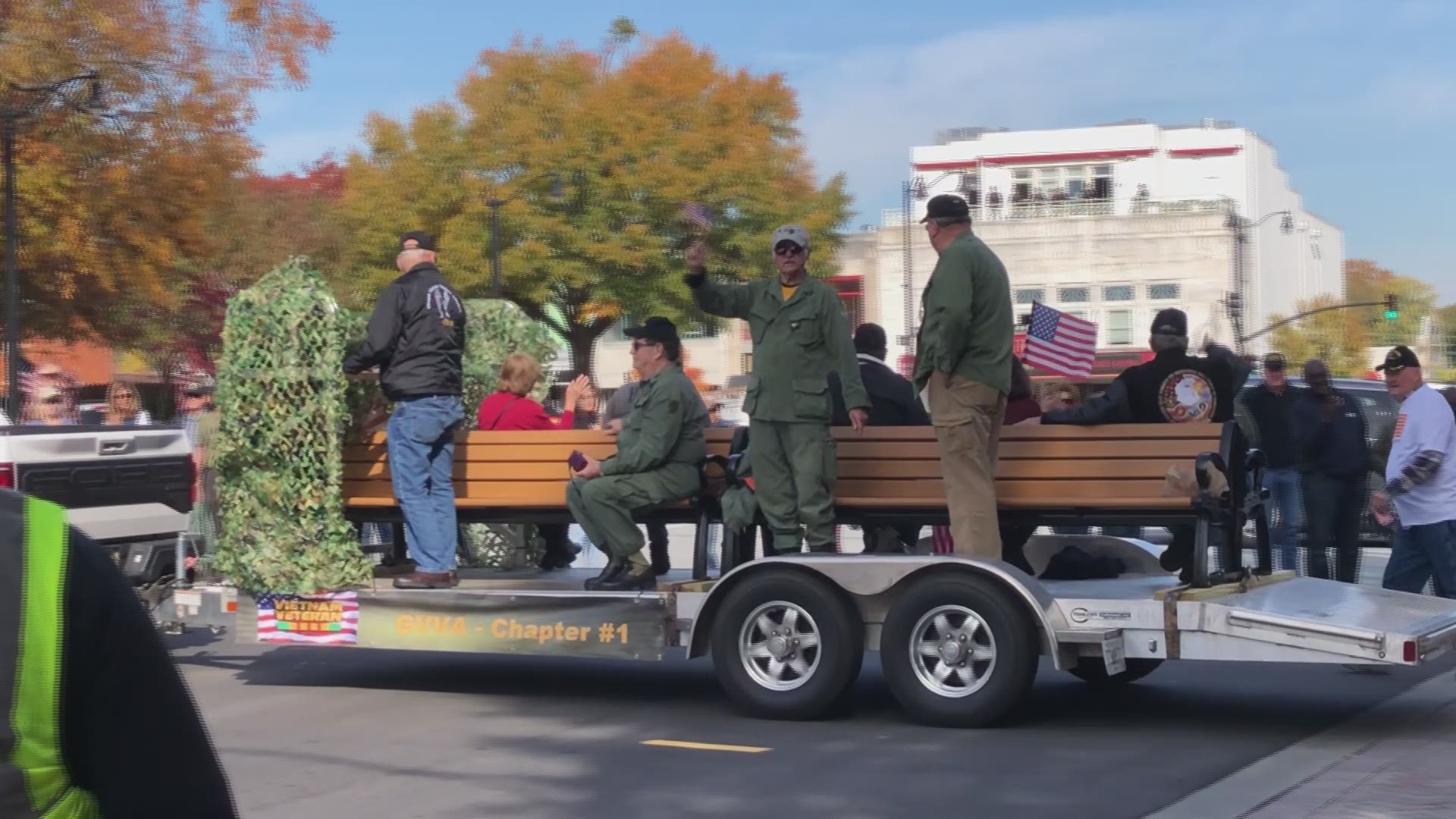 EAST COBB, Ga. — People of all ages lined the streets of Marietta on Veterans Day, honoring those who have served and those still serving.

“We came to see the parade,” Christine Balentine said. “My son is an ROTC cadet and he was marching in the parade. This is the first time we've been at the parade, but it will probably be something we do every year going forward.”

Xavier Cortez, petty officer 3rd class in the US Navy, also came out to Monday’s event with his child.

“I'm out here supporting veterans and attending the Veterans Day parade with my little one,” he said. “I wanted to bring her out to see the vehicles, all the bands, and all the marching JROTC groups. I myself was in ROTC at Osborne. It was a Navy outfit and I had a great time throughout my four years there.”

Cortez was one of many veterans in attendance. Air Force vet David Mach was enjoying the parade with his friends, many of whom he’s known for more than 50 years.

“We’re a bunch of the loadmasters,” he said. “We started all at the same time in 1964 at the Lockbourne Air Force Base in Columbus, Ohio.  We rigged airdrop loads for the 130s and then we flew on them and dropped them. All aspects of loadmaster duties include carrying people, to cargo, to… you name it, we've hauled it.”

Mary Williamson of Marietta was also on the square for all the activities, and she was decked out in red, white, and blue.

“I came out for the Veterans Day parade,” she said. “I have a very soft place in my heart for veterans and I'm a very patriotic person. A lot of people don't realize we have representatives from all of the services right here in Marietta, out at Dobbins Air Reserve Base.”

Williamson says she was pleasantly surprised by the crowd that gathered for Monday’s parade.

“I was very impressed,” she sais. “I was very impressed with the band and the number of youth that were here, which is good to see despite the fact that the schools are still in session. I was a little surprised about that. I think they should [be out], because I think it's a good way for them to meet veterans and to learn about the sacrifice that men and women have made for their freedoms so that they can go to school, and go to school safely and in peace.”

MUST Ministries gets approval for needed facility expansion