Dozens of teens came together for a peaceful protest Monday afternoon in Cobb County. 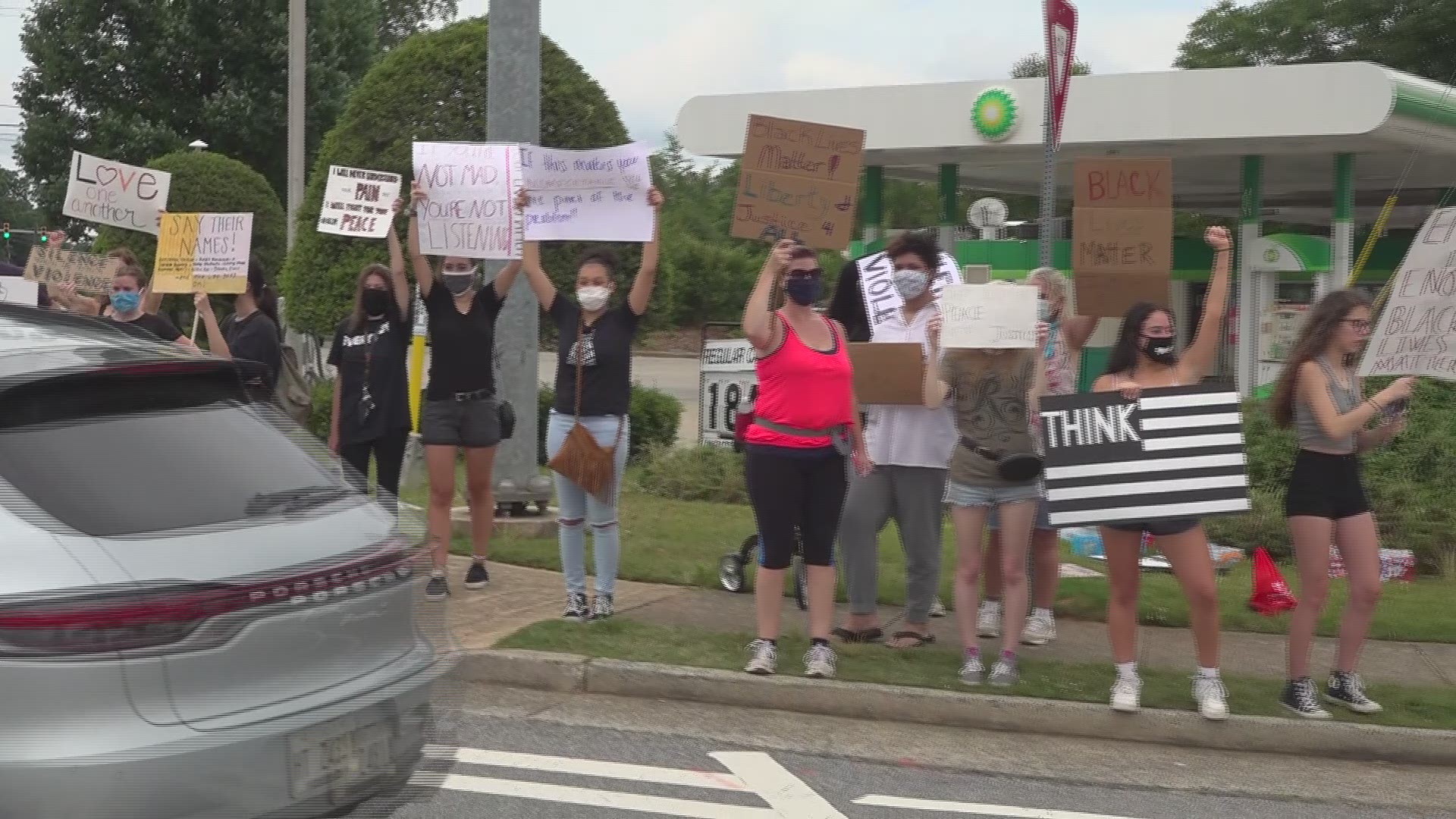 EAST COBB, Ga. — More peaceful protests were underway in East Cobb on Monday afternoon, including a large group of teenagers who occupied the area around the intersection of Johnson Ferry Road and Roswell Road.

“I saw all the other protests and everything, and my mom would not let me go to them in fear that I would get hurt,” 16-year-old Claudia McCowan, the event organizer, said. “So I thought it would be a good idea to have one locally, so more people would be able to come.”

She said her friend’s mom made a flier, then she then shared on social media. As of 3 pm Monday afternoon, the crowd had grown to nearly 100 people.

“I knew there was going to be a decent amount of people, but this is amazing. I'm so happy,” McCowan said. “I always believe in equality. It is what I am most passionate about. I want to pursue a career in politics, and I just think that everybody should be equal no matter what.”

Many adults also came out to the event which eventually spread to each corner of the intersection. One of the protesters was a longtime Cobb County resident Jagrati Bender.

“I'm a spiritual counselor and I'm retired,” Bender said. “I'm almost 70 years old, and I just really want to see peace in my lifetime. I went through segregation as a child, and back then, when people protested, we would just say ‘ah, it's just a black thing.’ But now we can't say that anymore. We've got to stand up. It's not a black thing. It's a human race thing, and it's time for us to make the changes that are long overdue.”