A local middle school teacher recently invented a game that could soon be played across the country. 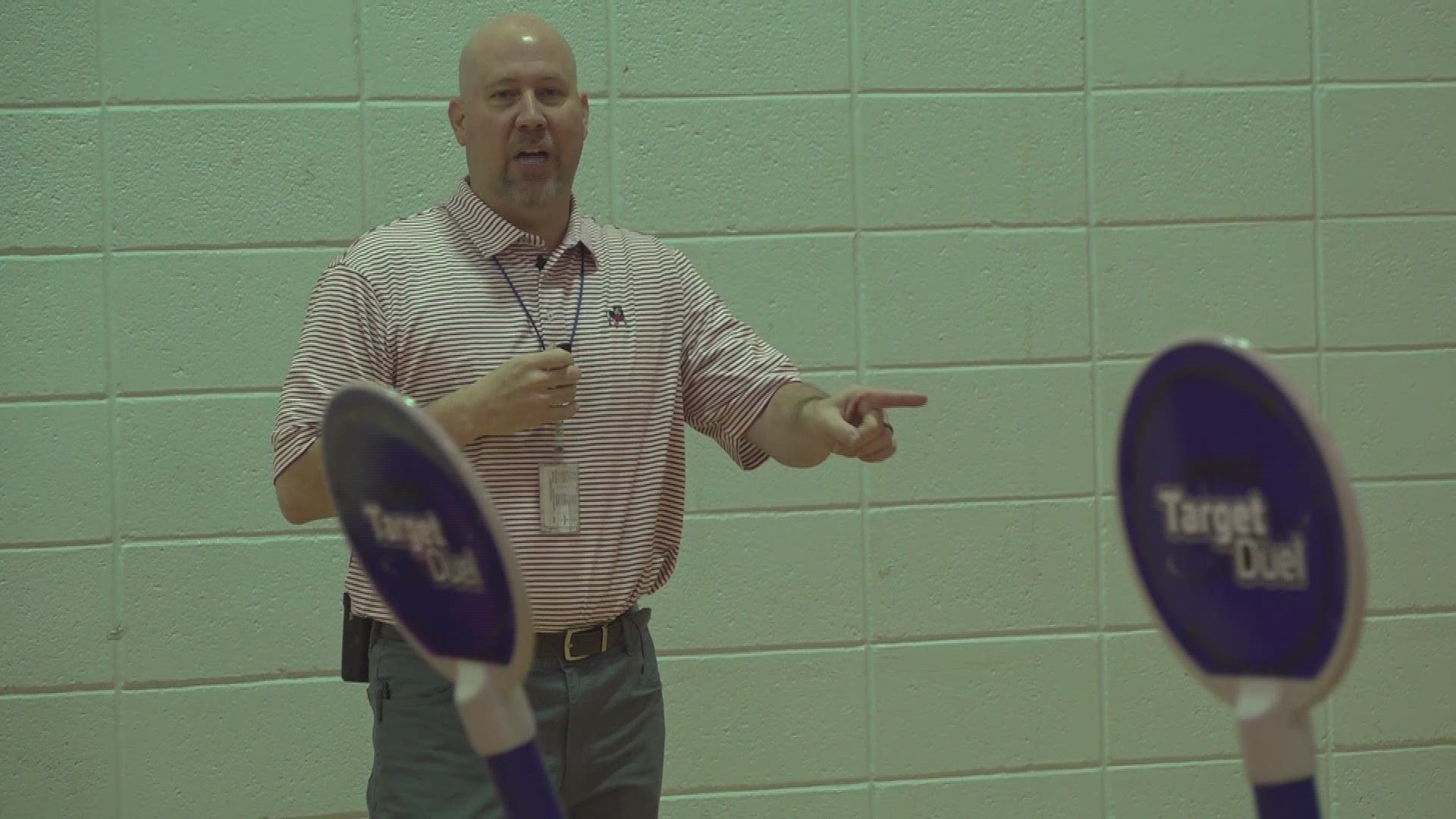 MARIETTA, Ga. — Randy Watts has been teaching physical education at Simpson Middle School for nearly 30 years, and he loves coming up with new games for the children.

“It did start as a kid, always inventing games, playing in the backyard,” he said. “I came from that generation where ‘hey, you're going to stay out until the sun comes down,’ and I just invented games. As a PE teacher, we've got two equipment rooms full of equipment, and we would tinker with the games and create stuff.

With help from his colleagues, Watts said a game called Aerodisc was created where discs were thrown into a disc catcher in the center of the gym.

“There was a day that our county said all PE teachers have to bring a new game to the in-service, and [Aerodisc] was a game that no one really knew about,” he said. “So we brought it and it had a lot of hype from the other teachers wanting the lesson plans and the rules.”

Watts said he then started making phone calls to see if anyone else was interested in the game. Minnesota-based Gopher Sports, a company that offers high-quality gym equipment, was interested. Watts said they requested a video of the game to see if they liked the concept.

“They said ‘let's run with it,’ and finally said ‘let's make a deal.’ They offered me a royalty, so a percentage of every unit that they sell,” Watts said. “It's not super significant, so I'm not going to be retiring in the next six months, but it is hopefully going to be a nice mailbox money check.”

He said Gopher Sports made some modifications to the game including a significant change to the target. Instead of using a disc and basket, inflatable balls are thrown at plastic plates.

“The game starts with two teams on opposite sides,” Watts said. “The object of the game is to knock the plates with the ball to your team's color. The first team to get all the plates in the up position of their team color, they get to win. You move the ball like Ultimate Frisbee which means you cannot run with the ball. You have to advance it by good passes and then you can shoot toward the plate.”

It’s slightly different than Aerodisc, but Watts said it has quickly become a favorite among students.