A local man has developed a media school in Northern Thailand, hoping to spread the gospel and create opportunities for young people. 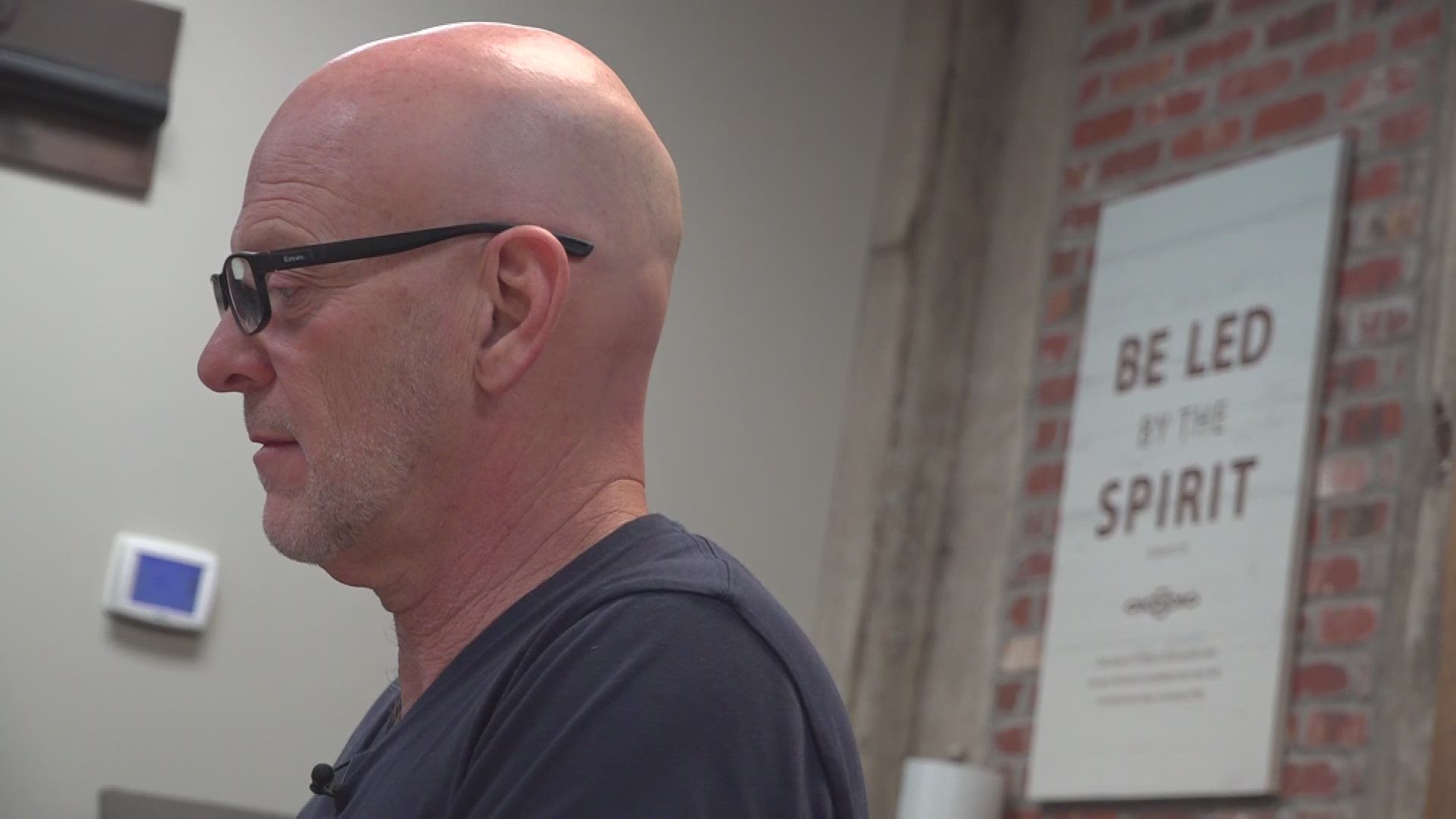 EAST COBB, Ga. — Chuck Quinley has spent the past couple of weeks in Cobb County, even though he no longer lives in Georgia.

“We live full time in Asia, but we come home every year to keep our relationships tied,” he said. “My mom and dad live in Kennesaw.”

Quinley, who was raised in Stone Mountain, said he never imagined he would leave the area.

“All I wanted was to be an attorney in Atlanta,” he said. “That was my dream life.”

But God had other plans for Quinley who, in his early twenties, embarked on a one-year mission trip with his wife and child.

“That's been 35 years ago,” he said. “We raised our kids on the field. We've had six children. I did not know this was going to be my life. I went for one year. We stayed for 5 years in the first place we were, and that's where we pretty much realized this was going to be a lifetime for us.”

Quinley, who is now the director of Emerge Missions Inc., said this all started when a friend asked him to help set up a bible school in Jamaica.

“We thought ‘that's easy. We will do one year,’” he said. “Then, after that year, we just fell in love with this kind of life and we realized we really wanted to do nonprofit work for the rest of our lives.”

Once their work was complete in Jamaica, the Quinleys moved to the Philippines where they lived for 18 years.

“While we were there, we began to travel all over Asia, and then 10 years ago we moved to Thailand,” he said. “Now, we live right on the border of Myanmar. We’re 100 miles from China. We’re 40 miles from Laos. The Golden Triangle, they call it.”

Quinley said much of the mission work is geared toward children and young adults, with a goal of helping them get an education, then find a good job.

“It's a lot of desire to break out of poverty, a desire to rise up and then take your family with you, and that's one of the things I really admire about Asian families,” he said. “If a child gets a break and if they can actually get an education and they get a real job, they're not just going to buy themselves a new car and celebrate, they're going to turn immediately around for their little brother or little sister and sponsor them. So if you can just get one through school, then you will get another one that will follow shortly after that.”

Mentoring is a big part of the mission work, Quinley said.

“We've learned to trust kids to mentor kids, and you end up with 12-year-olds mentoring 8-year-olds,” he said. “To an 8-year-old, a 12-year-old is a rock star, and that a 12-year-old would pay attention to them and pull them into their big kids' circle and say 'you're on my leadership team' - that is one of the most powerful things I've ever seen.”

Quinley also said one of the keys to success is learning how to properly use different forms of media. So he developed a media school in northern Thailand.

“What they're going to have to learn in this generation is how to get their hands on a microphone, and the microphone is media. Media is not even special anymore. It's just normal,” Quinley said. “In Asia, they spend 10 hours a day of screen time, three hours on social media apps.”

In order to have a successful business, Quinley said a person needs to figure out what they’re passionate about, then concentrate on that. That’s just part of what he teaches through MediaLight, a program that’s been gaining momentum for 10 years.

“They love it,” Quinley said. “We've had people from 40 different countries come to MediaLight. We have a summer program that's available to the whole world, and a lot of Americans come to that because it's in the American summertime. Then we have a fall program that's 10 weeks long and that's a lot more grinding, but that makes whole careers happen for them. We've got so many of these kids now that are the voice for their organization, or their nonprofit, or their church, or whatever cause is important to them. They've learned to speak, and they’ve found their voice.”

Quinley said he and his team use a simple low-cost approach to children's outreach.

“You can dump a whole lot of money into what looks like you're solving the problem, and nothing really changes,” he said. “First of all, transformation has to come from the inside, so we start with a gospel presentation, and these kids go in every week and it's basically like children's church. Then, it becomes the mentoring program, from the mentoring program to the media and the personal development program.”

With children mentoring other children, Quinley said the program has spread all across the area.

Thanks to the success of the program, Quinley said they’re now expanding into Vietnam and India.