A local store that specializes in health food is closing, but the customers are still frequenting the shop. 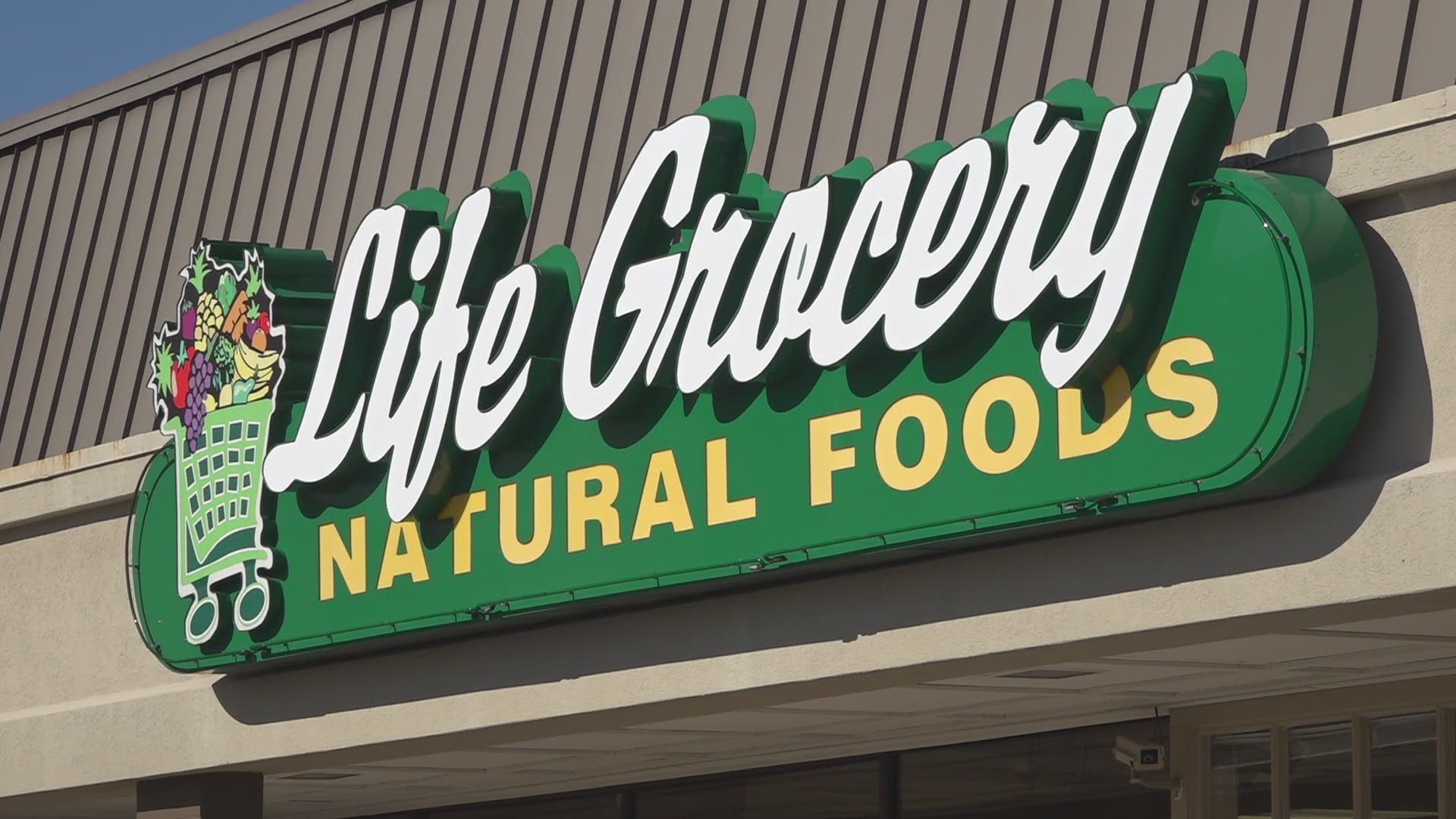 EAST COBB, Ga. — For more than 40 years, Life Grocery has been a go-to spot for many people in Cobb County. But its long tenure will soon come to an end.

"I always come here for my health needs,” Larry Krause said. “This has been a standard in the healthcare industry for supplements, vitamins, health foods, healthy foods, refrigerated, shelved. Whatever the form is, this is the best place to buy it. Best price, best selection, best overall customer service.”

Like many of the loyal customers, Krause has been shopping at Life Grocery for decades.

“I came here in 1999, so I started shopping immediately,” he said. “My wife was from here and she directed me to come here.

When asked where he will shop now that Life Grocery is closing, Krause said he doesn’t know yet, but he’s certain he will never find a comparable store.

“I love these people,” he said. “It’s part of what you could consider an extended family because they have your best interest at heart."

He added that the staff has always been always extremely helpful regardless of the request.

"Anybody, anywhere in the store, if you ask them a question, they will tell you whatever you need to know and then some, especially for supplements," he said. The people who work in this department are so knowledgeable about all the products, and when you tell them what your need is, they will show you what's best for you, give you a couple options, explain the effects."

The most important thing they've always given him: knowledge.

"You don't walk away just with a jar or a bottle or a bag in your hand," Krause said. "You have knowledge in addition to product, and that's what you don't find anywhere else.”

Mimi Hiatt has been shopping at Life Grocery since 1986 before it occupied its current space on Roswell Road.

“I started shopping when Life Grocery was on Highway 31 and progressed through the years as they upgraded to this store,” she said. “I like the atmosphere and the helpfulness. It's something you can't get online.”

Hiatt said she’s grateful for the years of advice she got from store employees and the relationships she built.

“I've gotten to know everyone,” she said. “I even moved to Tennessee, but I came back to shop here. It's been very beneficial to have hands-on expertise with what I'm shopping for.”

Hiatt said she was shocked to find out the store is closing, and she’s still not sure where she will shop next.

“It was very emotional for me because I'm losing family,” she said. “I'm losing the ability to have what I'm used to purchasing at better pricing and the people I’ve come to know.”

No one is more upset about the closing than Ronnie Hudson, Life Grocery’s general manager who’s worked at the store since the mid-90s.

“I don't even consider it a job,” she said. “It was my life. Life was my life. It's like a death. There's anger and disbelief. I just can't believe it.”

Hudson said the store, which has been operational for 43 years, was originally founded by students at Life University who wanted a place that offered healthy food. When asked why the store is closing, Hudson there are many factors involved, but they’ve been losing money since 2008.

“At this point, 6.5 miles down the block, we have a trifecta of Whole Foods, Trader Joe's, and Sprouts,” she said. “We've been having problems with our major distributor, with getting the products we need, because Whole Foods gets priority."

She said that this priority issue has had a major impact.

"If we order and Whole Foods is doing a big order for that, then we don't get it," she said. "In addition to that, if Whole Foods stops carrying a product, even if our customers want it, our distributor stops carrying it. So we look like the bad guys.”

Hudson said a few things inside the store need to be upgraded or replaced – things like the refrigeration units and the computers. She also said it’s getting hard to compete with the online marketplace.

“We're paying a lot for repairs, and our utility bills are really skyrocketing,” Hudson said. “We also have a change in shopping culture. Two of my three children buy their food online and get it delivered in an hour or two. Food delivery services from restaurants and people are maybe not cooking as much or preparing as much food. They’re buying meals online.”

Hudson said she knows how to compete with other stores that sell some of the same products, but doing so would mean moving away from the company’s core values.

“I talked to another store who's doing really well on the south side, and I'm like ‘How are you doing it?’ They said 39.2 percent of their sales are beer and wine,” she said. “I'm like ‘OK, we're not a beer and wine store.’

She said they're being told they have to change.

And I agree, everything is changing, but we're still Life Grocery, and we still want to sell products that promote health," she said. "Getting things in here that aren't really healthy, maybe we'll be able to stay in business, but it's not our intention. That's not what we're about. We are more of a hippy-dippy type store, as opposed to the smooth sleek stores that are coming in.”

Hudson said she has such a dedicated staff, all of whom still show up for work even knowing the store is in its final days.

“They have committed to stay in here until we close. That speaks volumes,” she said. “And our managers who have been here for decades are still here, and I'm so thankful because you never know what your staff is going to do. I'm really thankful and I just want them to be well and have a good life after Life."

Everything in Life Grocery is currently half price as they attempt to clear out the inventory and all sales are final. The store is currently open from noon to 7 p.m. through Saturday, and noon to 5 p.m. on Sunday, but Hudson said they may not be open past the end of this week. No word yet on what will occupy the space after Life Grocery is closed.