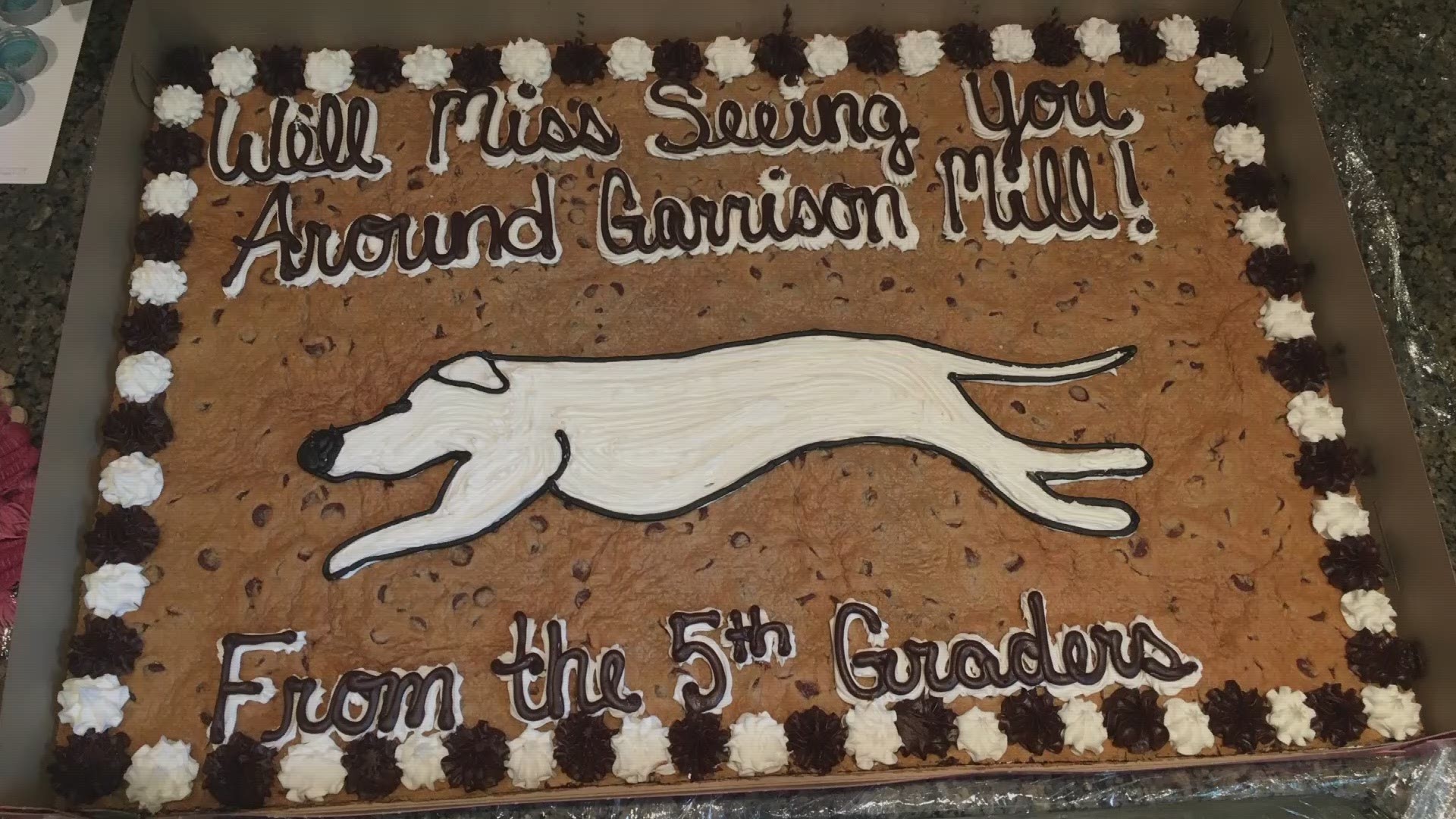 Since mid-2019, members of the fifth grade committee at Garrison Mill Elementary School have been planning an end-of-the-year event.

“We basically worked the whole year to plan fundraising activities,” committee member Patty Breh said. “It's a great committee. We're kind of an offshoot of the PTA, and we just focus specifically on the fifth grade class.”

During normal times, she said the school year culminates with a celebration inside the building and includes a pool party.

“We bring food trucks and bounce houses and all sorts of things specific to the fifth graders,” Breh said. “We spent the whole year planning them and fundraising for them.”

But, she said, they had to change course a couple months ago when schools were closed across the area. So they decided to do a car parade.

“Normally, our fifth graders walk the hallways the last day of school, but that's not an option this year. So we lined the parking lot, and the parents drove in and drove around,” Kyle Giesler, principal of Garrison Mill Elementary, said. “We cheered and had a DJ calling out their names as they came around the parking lot. Just waving and cheering them on to give them some kind of closure.”

For the past few years, he said, local high school seniors who attended Garrison Mill would also come back and walk the halls before heading off to college. Since that wasn’t an option this year, the seniors held their own parade after the fifth graders, Giesler said.

“While our staff was still there, the high school seniors got to come back and see their former teachers,” he said. “We're pretty blessed at my school in the fact that the staff doesn't turn over a whole lot, so a lot of those seniors, their teachers were standing out there cheering for them. So it was a great event, two hours that brought a lot of smiles to a lot of people's faces.”

“I think this year definitely was more emotional because of the hardship that everybody has endured and everything that we've had to adjust and make happen, but it was such an exciting event overall,” Breh said. “I really think we could see something like this happening every year.”

At the end of the parade, participants had an opportunity to make a donation to the Lassiter High School food pantry, Giesler said, where many people made contributions.

“We had a packed SUV full of food ready to go to support our community,” Giesler said. “This fifth grade class has been very focused on community service and doing things to help others, so it was a fitting way for them to finish up their time at Garrison Mill, by giving back."