A Marietta teenager is a finalist for a national scholarship competition with $10K on the line. 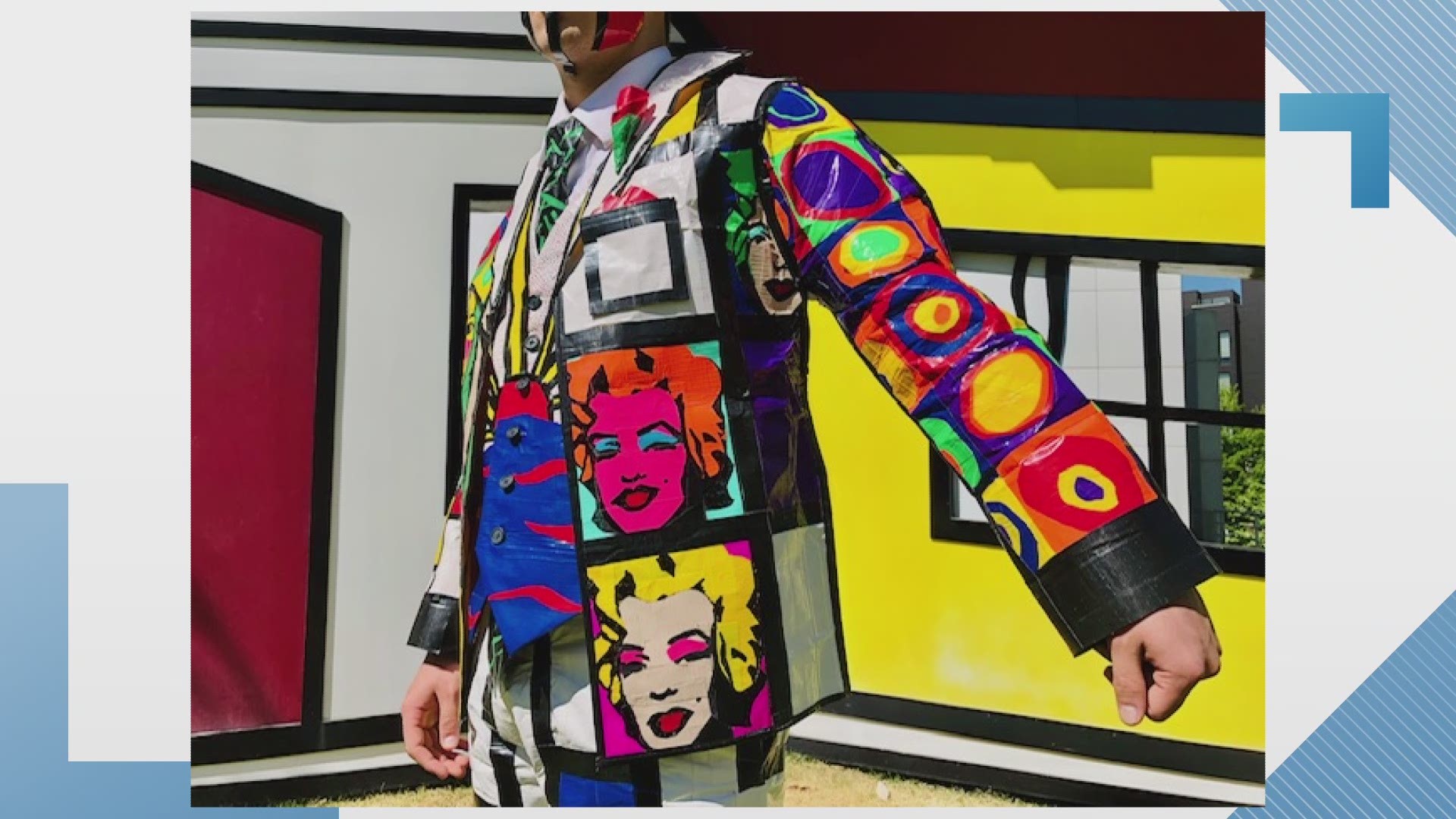 EAST COBB, Ga. — Ashton Cordisco of Marietta is a finalist in the “Stuck At Prom” scholarship contest, which requires participants to make a tuxedo or dress out of Duck tape.

The Wheeler High School graduate has made it into the top 10 out of more than 350 submissions, putting him one step closer to the grand prize of $10,000.

“I've been trying to go to SCAD, which is $60,000 a year,” Cordisco explained. “There's no way I could go there without getting a whole bunch of scholarships. So I need as many as possible.”

He found out about the contest through his art teacher, Lisa Casey, who he’s studied with for many years.

“I mentioned it to a few kids that I thought could pull it off, because most kids wouldn't take the time to do that. I knew Ashton had it in him to go all the way with that,” Casey said.

“It's funny because it's something that I always have tried to get kids excited about, and most see the pictures of the previous winners and they're like ‘yeah, I'm out.’ So it takes somebody really driven to follow through on that," she added. He's the first student I've had that's actually followed through.”

Inspired by Casey, Cordisco went with an art theme, recreating famous works from some of favorite artists including Picasso, Van Gogh and Warhol.

“It took about two weeks and 27 rolls of duct tape,” Cordisco said. “I did not think it was going to turn out like this at all. I thought it was going to be little blob faces and stuff.”

“As soon as I saw the first couple pieces, I knew right away that he was going to go all the way with it,” Casey said. “Because it was that good.”

The public can vote online for two grand prize winners – one dress and one tux – who will each receive a $10,000 scholarship. Voting continues through Friday, July 10, and the winners will be announced on July 21.