A U.S. Army veteran who served two tours in Iraq was just given an incredible gift. 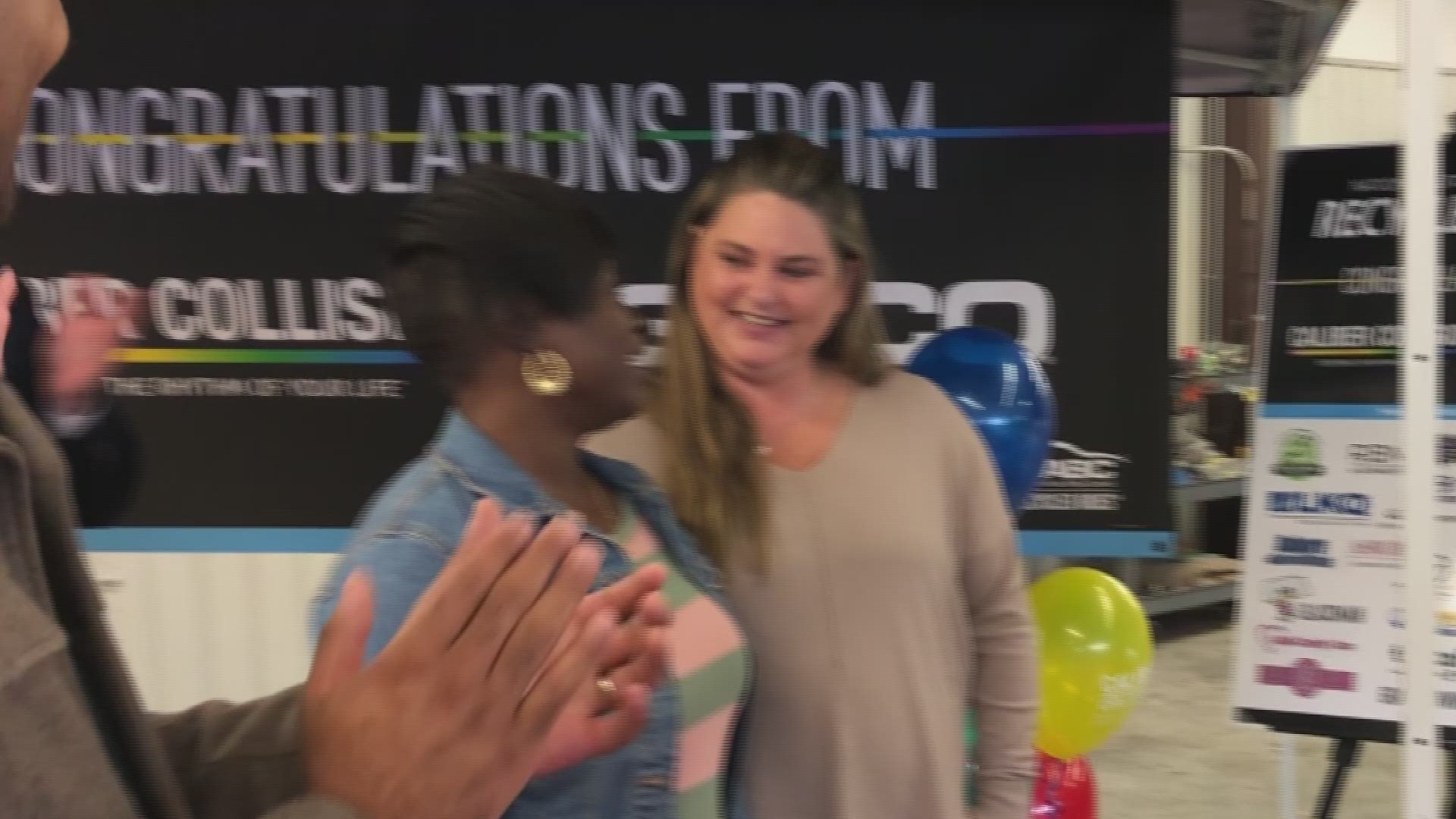 It’s the gift that keeps on giving – a practically new, totally refurbished car. It came at the perfect moment for U.S. Army veteran Patricia Crenshaw.

“I feel so grateful. I feel like there are still good people out there, and I just appreciate it,” Crenshaw said. “With starting at a new school soon, I need to be reliable to be able to make it, plus be able to do other things, just live life in general.”

The Geico-donated 2015 Nissan Altima was given to Crenshaw during an event Wednesday at Caliber Collision in Marietta.

“This is one of the best parts of our job.” Matt Kessinger, Vice President of Operations at Caliber Collision, said. “It is really fulfilling to be able to provide a vehicle to someone in need like this.”

This was not a first for Caliber. In fact, Kessinger said Caliber has donated more than 500 vehicles to veterans, military families, and other charitable organizations. This year alone, more 100 vehicles have been donated to people like Crenshaw.

RELATED: ‘We are a company that’s hoping to spread inspiration and hope’

“She has a tremendous story,” Kessinger said. “Spent two tours in Iraq and faced many hardships, not only in the battlefield but once she returned home. And so we were able to connect through a friend who is also a recycled ride recipient.”

As if the practically new car was not enough, local vendors also helped fill the trunk with gifts for Crenshaw who is currently enrolled in cosmetology school.

“I got my shears. I got a Fitbit. I got some gift cards,” Crenshaw said. “The shears mean absolutely everything to me. My car was broken into before, and mine were taken. They're from a great company, Hattori Hanzo, and it's something I've always wanted, and I got them back. So I'm grateful.”

Crenshaw served two tours in Iraq and is still recovering from traumatic experiences. She says the car and the presents inside will make her life much easier moving forward.