While the team practices for Saturday's game, the community is sending the team off with a week of planned Spirit Week events. 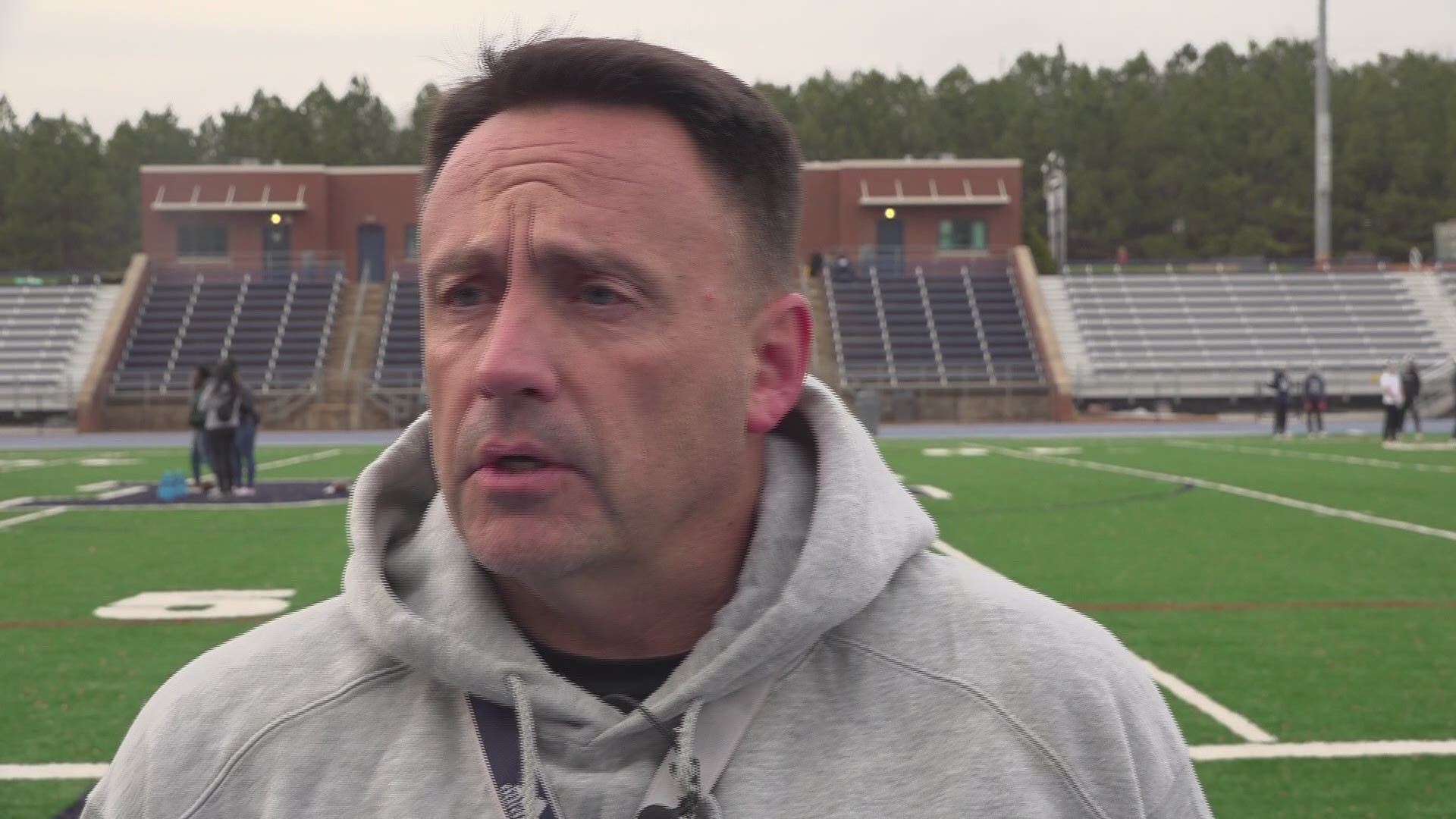 MARIETTA, Ga. — The Marietta Blue Devils will be playing on the final weekend of the high school football season for the first time since 1967, and the community is excited.

While the team breaks down film, and prepares for the game on Saturday, Marietta City Schools is inviting students and fans to participate in a series of Spirit Week events.

Marietta City Schools Superintendent Dr. Grant Rivera said the Spirit Week was planned to celebrate the team, the cheerleaders, the athletic trainers and the band during this historic run.

On Monday, fans were encouraged to show their #bluedevilpride on social media.

Fans were invited to the end of practice to meet the team on Tuesday, with the first 100 children getting team photos to have autographed.

On Wednesday, team members will parade through all of the elementary schools in the system, as well as pre-kindergarten, as part of the "Be Somebody" Parade, so the younger students can cheer the team.

Marietta High alumni are asked to show off their old team colors on Thursday, and all fans are invited to a bonfire celebration and free cookout near the school's track at 7 p.m.

Finally, fans are asked to line the streets of Marietta from the school to the square on Saturday at 4 p.m. as the team leaves for the stadium.

"We've got a lot of fans that will be traveling down to Georgia State," Dr. Rivera said. "We're gonna pack the place."

Meanwhile, the team will try and treat this week of practice like most others as they get ready for the big game.

This is Coach Richard Morgan's fourth year leading Marietta High School, and this decorated senior class is the first that he lead for their entire careers.

This senior class includes numerous players with offers to play college football, including heralded tight end recruit Arik Gilbert, who has committed to play at LSU. Morgan says this group took their lumps early, but it prepared them for this game.

"The state championship is the culmination of all your hard work, so it means everything to these guys," Morgan told 11Alive.

Morgan said his senior class and the rest of the players on his team were like his sons, even though he only gets them for four years.

"We've got a real special bond," Morgan said, "so they'll always be a part of me, of this program, forever."

The Blue Devils will face nationally-ranked Lowndes High School from Valdosta, at 8 p.m. on Saturday at Georgia State Stadium in Atlanta.

Kennesaw State to pay cheerleader who kneeled during national anthem $145,000