He was driving more than 100 mph before he was taken into custody, police said. 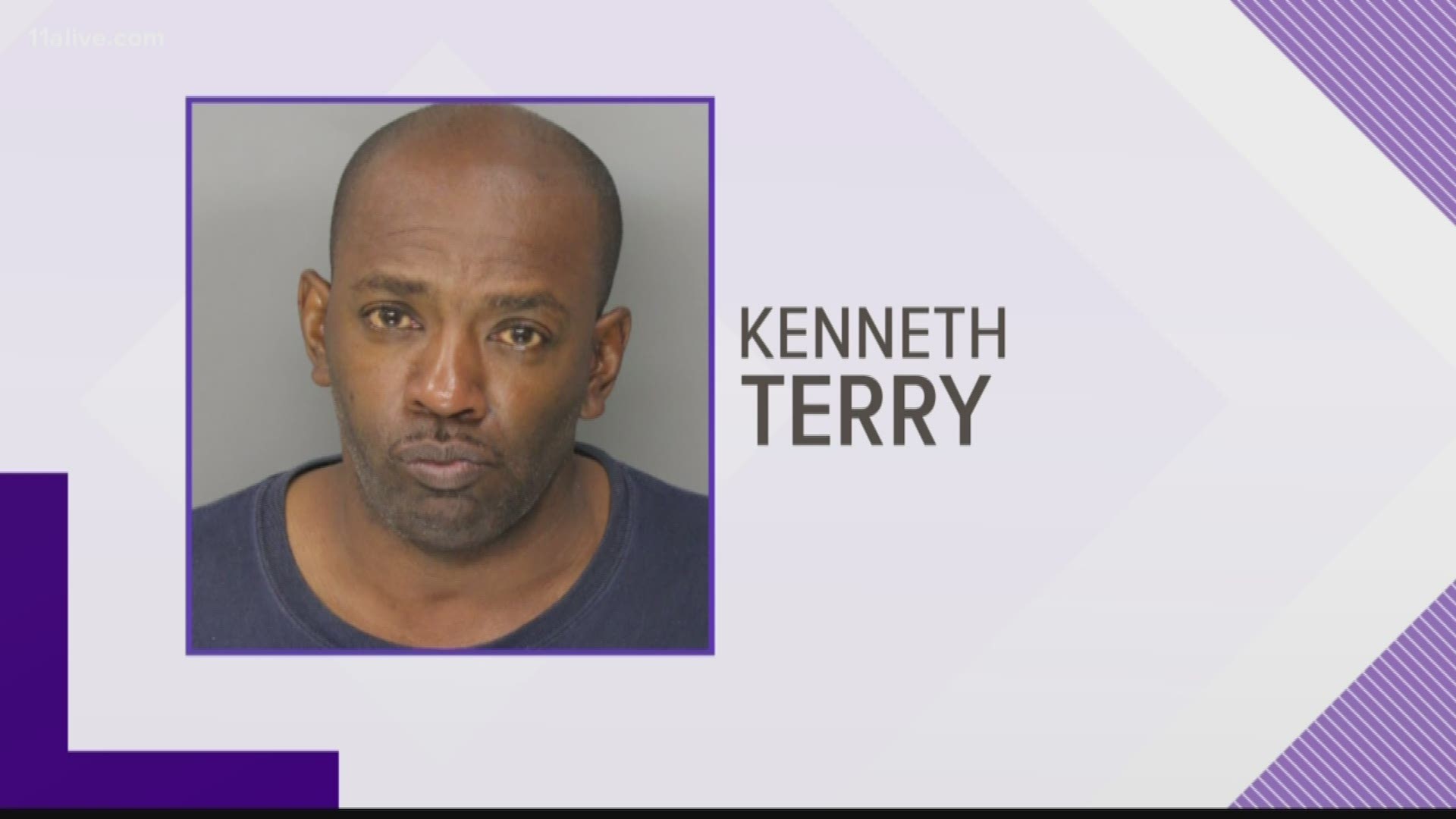 MARIETTA, Ga. — A man accused of kidnapping and raping a woman in the metro Atlanta area has been captured in Tennessee, police said.

On September 28, the victim contacted authorities and told them that Kenneth Terry had raped her, according to Marietta police.

Investigators discovered that Terry was out on federal probation from Connecticut. An arrest warrant was secured for him.

Terry tried to contact the victim numerous times since September 28, police said. The woman relocated in an attempt to hide from him.

On October 17, he discovered her location and attacked and kidnapped her.

Police said the initial assault happened in Sandy Springs. Terry is accused of forcing the woman into her own vehicle and driving to the Marietta area.

The victim had been severely beaten and stabbed before Terry pulled into a hotel parking lot in Marietta, police said.

When Terry stepped out of the car in the parking lot, the victim got into the driver's seat, locked the doors and drove to the front of the hotel.

The victim jumped out of the car and cried for help while Terry tried to force her back into the vehicle, police said.

Terry jumped into the car and drove away after a security guard confronted him.

The security guard then called 911 and the victim was taken to the hospital with non-life-threatening injuries.

More than 3,700 people shared the photo of Terry on 11Alive's Facebook page as police sought him.

On Friday afternoon, police said Terry had been captured in Athens City, Tenn. U.S. Marshals said Terry was driving more than 100 mph before he was taken into custody.